​​Domestic Workers Sector Skill Council (DWSSC) ​​signed a record number of 12 MoU​’​s with various industry partners and TPA’s with a view to conduct apprenticeship in the sector, during the ‘Industry Interaction and Culmination Ceremony of Apprenticeship Pakhwada Programme’ by NSDC and MSD&E.

The programme was graced by the presence of many dignitaries including Shri Nitin Jairam Gadkari, Union Minister for Road Transport and Highways of India and Shipping as the chief guest, Shri Mahendra Nath Pandey, Union Minister and Minister of State for Skill Development and Entrepreneurship and Shri Raj Kumar Singh, Minister of State Power and New and Renewable Energy. The main agenda of this programme was the promotion and expansion of Apprenticeship in India. 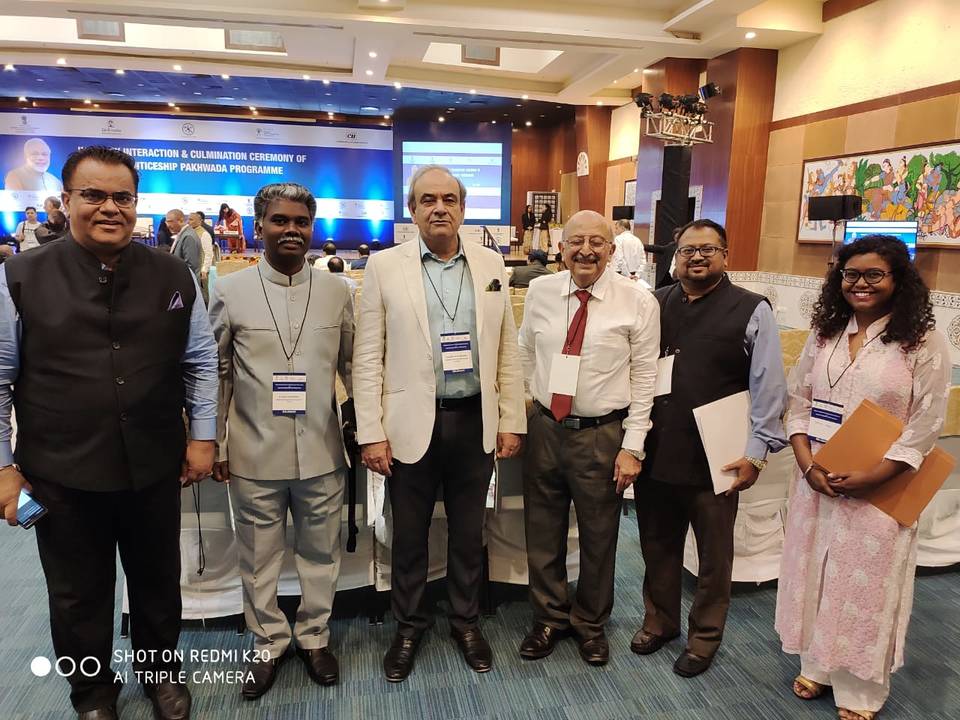 The programme was initiated by welcoming the guests and with the lighting of the auspicious lamp. The opening ceremony was addressed by the Secretary of Ministry of Skill Development and Entrepreneurship.

The ministers and other keynote speakers deliver their talks on the achievement of the government on apprenticeship and the apprenticeship scheme so far. Although there’s a huge transformation in the apprenticeship in India throughout various sectors due to the ease and dedication brought into by the current government, the target of 30 lakhs apprentices is still far away.

Addressing the gathering, Shri Gadkari spoke about various scopes for skill development and new job creation.  He also spoke about various enterprises. The gaps in the on-ground execution by all the stakeholders were also identified by Hon’ble DGT and the ways to overcome the same were also discussed.

The closing ceremony was addressed by Ms T Sarita Reddy where she delivered her vote of thanks to the audience and the dignitaries. ​