The Aerospace and Aviation Sector Skill Council (AASSC) and Department for International Development (DFID), a UK government department jointly organised the Phase-II of Training of Trainer (ToT) workshop in Bengaluru from 06 to 10 August 2018. The structure and content was designed on the basis of feedback received from the Phase-I of ToT workshop conducted earlier this year in March by AASSC and DFID in Bengaluru.The Science Engineering and Manufacturing Technologies Alliance (SEMTA), UK was the delivery partner of the workshop. 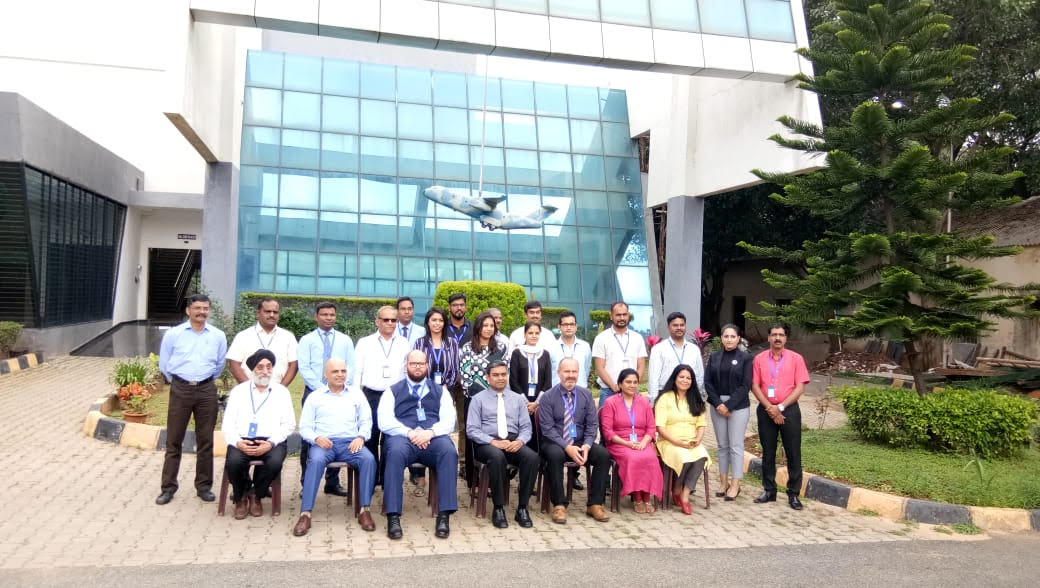 The program was organised under the ‘Skills for jobs’ project, in association with AASSC. The Phase II workshop witnessed participation from 23 Participant Trainers representing aerospace & aviation industry along with 3 Master Trainers from Dudley College, UK arranged by SEMTA. The British High Commissioner to India, H E Sir Dominic Asquith KCMG along with The Deputy British High Commissioner – Bangalore, Dominic McAllister and Director United Kingdom Trade Economics and Prosperity, Ms Rhiannon Harries met the participants on the Day-3 of the workshop for a Q&A session to gauge the impact of the workshop. The High Commissioner expressed support for capacity building initiatives such as this under the aegis of India-UK MoU for skill Development.

The workshop concluded with a valedictory function where Shri A N Chandramouli (Director AASSC) was the Chief Guest. In his address to the participants he said ‘each trainer will go and train more trainers leading to the multiplier effect’ and increasing the impact of the India Capacity Building Programme. He also highlighted how AASSC came in to existence through the efforts of its promoters. D Peter Immanuel, CEO AASSC who was also present on the occasion said that even as we have a National Skills Qualification Framework and adequate infrastructure for the skill development programs across the country, non-availability of qualified trainers is a serious constraint. Programs like these are designed to make structural impact on the skill development ecosystem.

The fast growing Indian Aviation and Aerospace sectors are being strongly supported by the ‘Skill for Jobs’ project being implemented as part of India UK collaboration for skill development.