As we all are gearing up to celebrate India’s 72nd Independence Day, we launched a campaign to convey the importance of  independence and freedom through skills, knowledge and continuous learning. As a response to the campaign, here we share messages from members associated with Agriculture Skill Council of India (ASCI) . Read on to see what they say.

“India is an agricultural country. Regardless of being the mainstay of agriculture here, we are far behind in providing education about agriculture. Most of the families have been giving their children education in all fields other than agriculture. Now ASCI has changed this thinking and helped many become independent and empowered through skills giving a new direction to agriculture in India. Since the agricultural work is not limited to the farmers, it is developing as an industry and the farmer is growing as an industrialist. We believe that with this mission of ASCI, India will reach the top in the field of agriculture all over the world.”
Ashok Kumar Georgian Oxford, Rajasthan.

“My message on Independence day is as follows: Since the ancient times, our country has played an important role in the economy, but in time everything began to change, due to natural calamities, famine, rising prices, and not getting the proper price for the crops, due to all these reasons the farmers started feeling scared! At such a time, ASCI has empowered bringing education and awareness in the field of agriculture, how to grow crops with less water, how to use new technology in agriculture, produce less cost than how to manage crops from crop to marketing. In all, ASCI has done the job of giving efficiency to the farmers as well as implemented digital literacy very well. Today, the farmer can proudly say that he is a 21st Century farmer and farming is not only agriculture but also the largest industry in the future and farmers are industrialists”.  Sudha Meena CEO Ace Energy and Resource Pvt. Ltd. 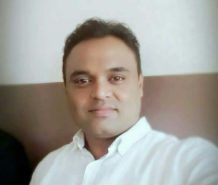 “Digital literacy is a source of freedom! Agriculture is the basic occupation of our country. Through it, people were living their lives well. But when the revolutions happened and the world started changing the farmer started facing a lot of challenges. Why do we raise the burden of the poor farmers, the farmers suffer losses or the lives of poor crops? They used to wonder how to use the least amount of resources and money to harvest the crops, and use the land. ASCI came to their rescue with its new techniques of farming and enriched people. Simultaneously with the advent of Digital Literacy and new ways of business, the excitement of farming has returned again. We are thankful to ASCI that we have learned other business related tips along with agriculture and today we can happily say that we are new farmers of the 21st century ASCI, you have given a new life to farming, and this has brought our new generation to like farming again.”  Mr Giri Raj: from Giri Raj Foundation Belgaum