As a part of World Skill Day on 15th July 2019 , Agriculture Skill Council of India (ASCI) undertook to create an Asia and National Record under India Book of Records and Asia Book of Records simultaneously. There is no prior record in any of the national record books on the theme of “Maximum Number of Farmers assessed on a single day” and thus ASCI has embarked on a new initiative to offer new opportunities and greater acceptability both in the organized and unorganized sector.

3000 farmers were assessed as Group Farming Practitioner under Pradhan Mantri Kaushal Vikas Yojana, a flagship programme of Skill India Mission (a state mission to promote skills and entrepreneurship in rural areas) in a single day in 4 districts at 19 locations in Maharashtra.

Farmers from 33 villages from 11 Blocks in the 4 districts was assessed including men, women and youth from various social categories (SC/ST/OBC/Others).

The Book of Records gave away certificates to the organizing partners in a ceremony that was held at the Panchayat Headquater of Latavade circle – Kolhapur on the same day around 6.00 pm. 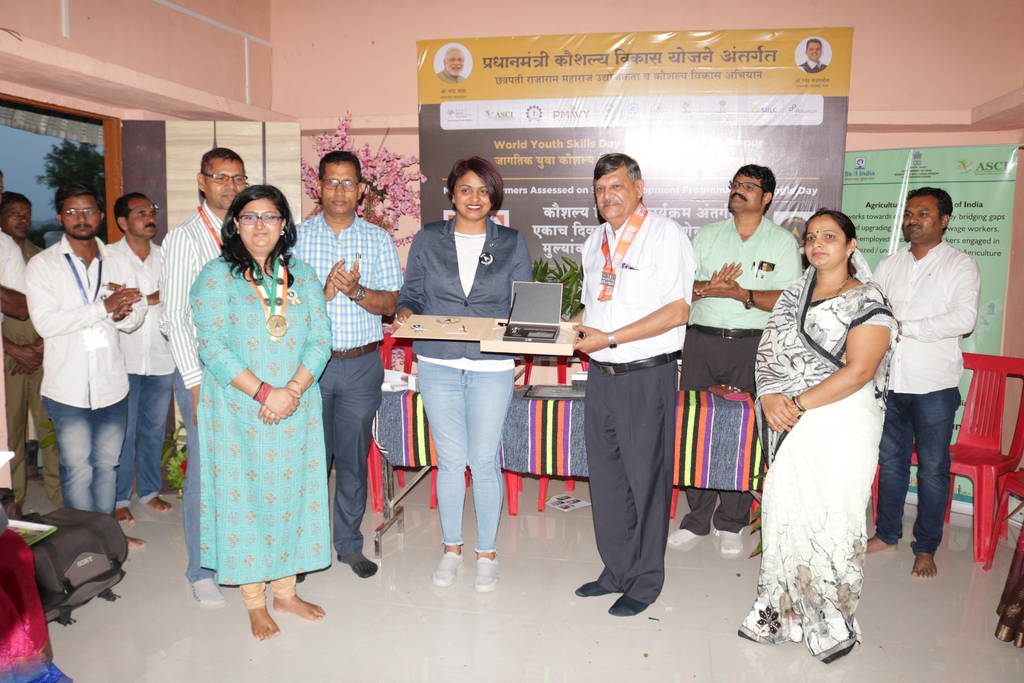 The feat was an attempted to mark the fourth year of the National Skill Development Mission – NSDM which was launched on the 15th of July 2015 by the Government of India (GoI) on the first World Youth Skills Day. This was a step towards consolidating skilling efforts and fast-tracking decision making across sectors to achieve skilling at scale with speed and standards.

Dr. Satender Arya, CEO , ASCI emphasised that it would go a long way in increasing the self esteem and aspiration of Farmers and inspire them to come together and make Farmer Producer Organizations and Producer Companies and get the best realization for their produce as well as buy inputs at most competitive rates.

Recognition of Prior Learning ( RPL) in Agriculture Sector

The core idea of the RPL programme is to recognize intrinsic knowledge and skills of farmers and build their capacities in collective farming practices. Farmers are encouraged to form Farmer Producer Organizations (FPOs) as part of the project and supported with business planning and advisory services to access finance, marketing and an array of technical support under various government schemes and programs in due course. Farmers undergo structured training based on National Occupational Standards of the Qualification Pack for Group Farming Practitioner developed by the ASCI. A key feature of the training programme is that it is offered at the community level where farmers are easily able to access and participate. All candidates of which majority are women, are assessed post-training, thus empowering women and providing them an opportunity to become decision makers.

An extraordinary initiative and high turnout of farmers made this event a great success !!