Going by the potential to transform livelihoods of millions, we can say that a simple Sewing Machine has changed the world by empowering people, particularly women. In this Skill Story, Dr. Roopak Vasishtha, CEO and Director General of Apparel Made-ups & Home Furnishing Sector Skill Council (AMHSSC), talks of skilling the youth, filling the skill gap in apparel industry, and how India can become a global leader in the export of apparels. With a rich and varied experience of 32 years in leadership role, Dr. Vasishtha provides unique insights into a sector- which provides employments to a large number of people in the country.

Attracting youth to skill based training through training partners, mobilizers and showing them value, potential to empower themselves – how is this sector taking a lead; please tell us about some initiatives.

Apparel sector comes second after agriculture sector in providing jobs to the people and it the second-largest employment generator. There are 1.5 crore people, at the moment, who are working in the apparel industry. This is likely to increase by 2022 to 2.14 crore. There is a skill gap of 60 lakhs. Various departments of the government of India are trying to reduce this skill gap. The major role is being played by the Apparel Made-Ups Home Furnishing Sector Skill Council in reducing this skill gap.

We have developed 45 job roles. They have already been approved by the NSDC and NSDA and we are conducting trainings on most of the job roles. The trainings are done as per the requirements of the industry- usually for the sewing machine operator. In any apparel industry, 60-70% of employees are Sewing Machine Operators. However, last year onwards, there was a shift in the trend. There is a job role called the Self-Employed Tailor. A lot of training took place for this job role; almost 50% of the entire trainings in this sector.

2016-17 was a slightly dull period with less number of trainings taking place.

Now, in 2017-18, the trainings are still going on, we shall be covering approximately 4.75 lakh candidates/trainees in various apparel job roles.

We are not satisfied as the skill gap remains as 60 lakhs and if we are only able to provide 4-5 lakh per year. Sector skill council system itself came into being from 2013 to 2017. The system is still in the evolving stage. With great labour, we have developed all protocols, including the affiliation protocols, the assessment protocols, the training of trainer (TOT) protocols, training of assessor (TOA) protocols, etc.

As an advisor for NAPS, what are your plans to promote NAPS in the apparel industry for meeting their dynamic talent needs?

This industry used to be a bit sceptical about this scheme. Industry used to think as if something has been imposed on them. The industry had a different perception of apprenticeship act which needs to be changed. Government has now come up with this idea of making it industry-friendly. We are already propagating it through seminars, workshops, etc. on the changes brought about by the government- reimbursements, etc. It will take some time and we are trying our level best. 10% of the total workforce is allowed to be under the Apprenticeship Act. Industry has to pay 70% of the minimum wage and out of which 1500 are reimbursed by the government back to the industry. On an average, an apprentice worker is working for 60 – 65% of the cost of an average worker.

In our sector, there are 3000 training centres and we have one of the largest number of assessment agencies – 37 in number!. We have 4200 trainers who are ToT approved, approximately 1400 ToA approved assessors. So, the most important ingredients in spearheading the skilling in the Apparel sector i.e. the capacity and infrastructure, are now all in place. We are trying to reduce the skill gap as we are fully geared up now. Dr Roopak Vasishtha 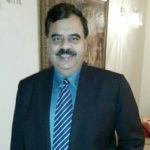 How do you propose to create awareness about skills as a part of holistic education in schools?

We are already engaged with various states- Haryana, Telangana, Rajasthan, West Bengal, Goa, and many other states. New states are being added. In this scheme the School kids are provided with Skilling trainings, along with their studies from 9th Standard till 12th Standard. The total number of hours of each Job role are divided equally in 4 years and the students are imparted with the training each year and assessment also takes place, thereafter. The student receives the training for a job role of his choice. After 12th standard, s/he has an option of working or going for higher studies. Even if s/he opts for higher studies, s/he carries the Government of India’s certification. It gives him/her an option. This certification will also help in admission to B-Vocational courses, if s/he wishes to pursue further studies in Skilling itself. This fantastic scheme is gaining momentum. In another few months’ time, we shall be covering all the states.

Since this sector has more women, is there any policy from the SSC for coping with migration related issues? What has been the impact in terms of jobs, self-employment and entrepreneurship at the grassroots level – has it helped in reducing migration?

Apparel sector is women-centric even though it is 50% males and 50% females. But, if you look at South India then the proportion is much more for women 80% women and 20% men. We are trying our best to provide more training to women. There is a shift coming up with Job role ‘Self-Employed Tailor’ and the trainings are provided at the village-level itself. After that, a lot of women have started their own boutiques.

Recently in Amritsar, we had conducted this training for 100 women belonging to backward classes. Out of these 100 women, 70 have opened their own boutiques. It could be mentioned as the best example of women entrepreneurship and empowerment.   The day the certificate was provided, the students had displayed their work and I was amazed to see their work. Post this event, the products made by the students were sold to general public, as well.

This self-employed tailor trainings are enabling women to receive training at village-level, town-level, etc. They are not supposed to relocate after that. We are also aware that not all can open their own boutique. Some of them can work in other renowned boutiques or in formal sector, as well. Although the industrial sewing machines are used to train the sewing machine operators but industry recruits tailors also who have learnt stitching on manual machines. So, if there is a nearby factory, women can get a job there, as well. This has actually started happening on ground and just not on paper.

Tell us about scope of apparel industry for employment, exports etc. and how we facing competition from countries like Bangladesh, Sri Lanka?

India exports apparel worth around 20 billion US dollars out of which 15 billion approximately is apparel and appx 5 billion of home furnishing and made-ups.   India accounts for around 4% of the total global apparel exports. As compared to India, Bangladesh exports Apparel worth 28 billion US dollars. After WTO agreement in 2005, the entire markets across the world had to be opened. There used to restrictions on import of products of third world countries, including India in some countries. But post 2005, with the opening of the Global markets, the Exporters of India started to compete not only with fellow Exporters of India but also with the Exporters of rest of the world. One could gain over others only if their quality is good and their price is competitive. Both these traits can be had by the Exporters if they are able to hire skilled workers and are able to improve the productivity of their existing workers. This could very well be achieved with the Recognition of Prior Learning (RPL) scheme of the Government.

If WalMart wants to buy something, they check various points in the profile of the Exporters by conducting Compliance Audit, before placing orders. If we are able to certify the workers under the RPL scheme in large numbers, then we could compete with other countries.   If India can show to the prospective Buyers that our workers are certified, unlike many other countries, then we would gain viz a viz our immediate competitors. The buyer will naturally get attracted to certified workforce. The productivity will increase, as well through RPL certifications.

We have great infrastructure now to push ourselves to greater heights. We are trying to reach out to various state missions and central government agencies. We are also reaching out to financial corporations and other institutions and corporations earmarked for development of particular castes and groups. We want to provide maximum training and close the skill gap.

Gradually, industry has started to recognise skilled workforce but, somehow, this is slowly happening. We are trying to convince the industry to recognise formal training than informal trainings. Government intervention would also help to solve this problem. Buyers have the list of compliance audit. In near future, they might insist on certified workforce. Buyer is always sceptic about child labour issue. The trainings under SSC system are all Aadhaar-based and a trainee needs to be 18 years of age. So our trainings can not be done by underage students. In a nutshell, if an Apparel Exporter has manpower which has been certified by the Sector Skill Council, the question of any worker being underage would be eliminated. Government could also provide tax incentives for recruiting skilled workforce. This would lead to payment of better wages for the skilled workforce.