Some examples of the designated trades are as follows: 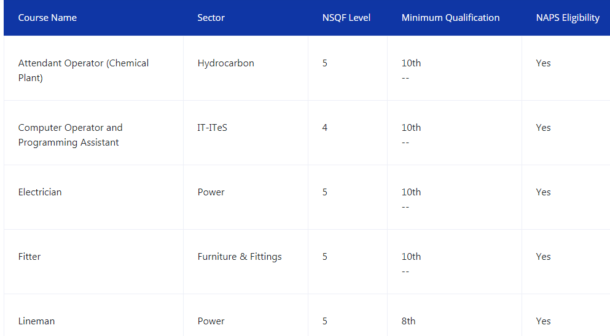 The trades which are not included in the notified list of the “Designated Trades” but opted as a Trade/Course to be run under the Apprentice ship act by an establishment are referred to as “Optional Trades”. Optional trades have been introduced under the Apprentices Act, 1961 to allow employers to create their own courses/trades for providing training to apprentices. It is any trade or occupation or any subject field in engineering or non engineering or technology or any vocational course as may be determined by the employer for the purposes of the Apprentice Act, 1961. As per Rule 7A(6) an employer is required to upload the syllabi and duration of the Optional trade on the Apprenticeship portal.

“Optional Trade” gives more flexibility to establishments to create courses as per their requirements in the manufacturing, services, trade or any other sector. This has also opened up opportunities to non-engineering graduates in fields such as B.A, B.Com., B.Sc., (including those pursuing such courses) and 10+2 pass outs from social sciences/commerce or those who have completed NSQF aligned short terms courses, and fresh apprentices from among those who are class V pass & above to enroll under apprenticeship training programmes and become industry ready.

Some examples of the designated trades are as follows: 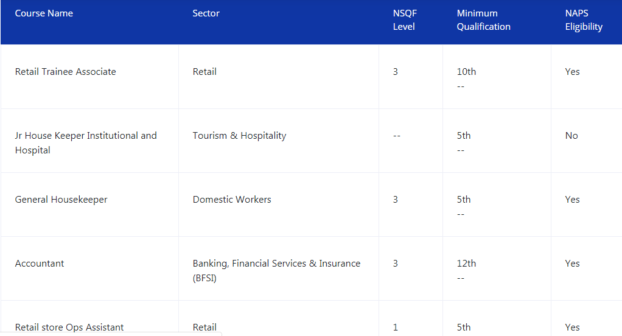 Become an apprentice in 8 easy steps! Kick start your career in an industry of your choice

Issuing blockchain certificates for online courses is a game-changer