A Report on ASSOCHAM Conference: Transforming youth through skilling in Uttar Pradesh

by Brunda Murthy
in Events, Industry
0

Skill development has become vital for sustainable economic growth through higher employability and promotion of entrepreneurship. With the emergence of technologies and innovations in different parts of the world, it has become imperative for the governments to prioritize skill development to compete globally. With the above backdrop, ASSOCHAM organized a National Conference on Skill Development with the theme “Transforming Youth through Skilling” in Uttar Pradesh on 24th of March, 2017 at Hotel Vivanta by Taj, Lucknow. 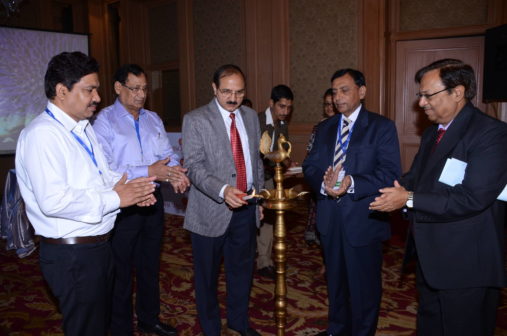 Uttar Pradesh with 200 million people, equivalent to the population of Brazil, has low quality of education in the state (and dearth of jobs) is reflected in high unemployment. In 2015 – 16, youth unemployment was especially high, with 148 for every 1,000 people between the ages of 18 and 29 years unemployed, compared to the Indian average of 102.

Vocational Education is the only solution; skill development is critical for achieving faster, sustainable and inclusive growth on the one hand for providing decent employment opportunities to the growing young population on the other. Countries with higher and better levels of skills adjust more effectively to the challenges and opportunities of world of work.

Some of the key issues which were focussed during the conference are: Skill Ecosystem – Realignment, Skill Development: Issues and Challenges in Industry, Financing Models of Skill Development Activities, Issues & Challenges before VTP’s, Assessing Bodies and SSCs. Forecast of Skill linked to the new Business Order, Skilling to Placement: Success Story & Way Forward.

Following suggestions/recommendations have been made during the conference by the eminent speakers and dignitaries:-

Awareness: There is a dire need to spread awareness about the need for skilling and the onus lies on all stakeholders:

From integrating vocational education with the general education in schools and colleges to continuously updating the curriculums to incorporate the latest trends will help students gain relevance in their training process. More often than not, there is a mismatch between what the students study and the work profile they are offered post training, rendering their skill sets obsolete.

Migration and training at sourcing cluster or geography

Migration from rural to urban areas for jobs is a phenomenon that cuts across sectors and states. Most of the migrants who seek entry level jobs are often unskilled and the cost of living in urban areas and new environment deter them from taking up training.

Upgradation of infrastructure and industry-academia connect

While a lot of bodies have been created for skill development, some suffer from physical infrastructure and manpower crunch. For example, a lot of ITIs do not have the requisite machinery to give the students hands-on practical training. The industry has to step in here help support the infrastructure needed in the it is so that students can receive industry relevant training.

Creating an ecosystem for self-employed individuals

Some of the trades like unorganized retail and handloom handicrafts do not need large training centers but support of an ecosystem. Upgradation of infrastructure and industry-academia connect Creating an ecosystem for self-employed individuals of marketability and recognition, these skills run the risk of being lost, since the younger generation do not want to associate themselves with trades which neither give financial stability nor recognition.

The government would need to reform labour laws and ensure revision of minimum wages act along with nationwide wage floor. There have been some amendments made recently to three critical laws. The Union Cabinet cleared 54 amendments to the archaic Factories’ Act, 1948, changes to the Apprenticeship Act, 1961 and the Labour Laws (Exemption from Furnishing Returns and Maintaining Registers by Certain Establishments) Act, 1988. Amendments to the Apprenticeship Act will facilitate skill development with 500 new trades, including IT-enabled services, would be included in the scheme, allowing more employers to participate in training and employment of such workers.

Key issues where private sector can create a positive impact on the skilling landscape in India can be:

Shri G.P. Srivastava, Chief Advisor, ASSOCHAM thanked the distinguished guests for sparing their valuable time and sharing their views on the topic, participants and partners for associating with this conference.

(National Skills Network – NSN was the official online media partner for the conference.)

LabourNet and ASCI partner for RPL in agriculture and allied sectors