Speaking on the occasion, Dr Mahendra Nath Pandey, Hon’ble Union Minister for Skill Development and Entrepreneurship, said that skilling, up-skilling and re-skilling of the India’s workforce will play a crucial role in the success of the Government’s vision of Atmnirbhar Bharat and the recently launched Garib Kalyan Rozgar Abhiyaan, announced by the Hon’ble Prime Minister, Shri Narendra Modi.

The government is soon to get approval on the next phase of Pradhan Mantri Kaushal Vikas Yojana (PMKVY) which will have increased focus on demand driven skill development, digital technology and skills pertaining to Industry 4.0.  The current part of the flagship skill training scheme (PMKVY 2016-2020) is about to conclude and has so far trained close to 73 lakh youth in the country, Union Minister of Skill Development & Entrepreneurship, Dr Mahendra Nath Pandey said in an ASSOCHAM webinar held on 29th June 2020..

“We need to focus on employment in current scenario and that’s why we will be focusing upon demand-based skilling in the next phase of PMKVY, where we have added certain aspects like – strengthening district skill committees and connecting with local employment offices. District Commissioner and State Skill Development Missions (SSDMs) will also have a crucial role to play and will be connected to the industry bodies so that we can bridge the demand supply gap and impart relevant trainings to the migrant labour who have returned to their home state,” said Dr Pandey while addressing a webinar, ‘Skill Development Post Covid-19,’ hosted by ASSOCHAM.

He said that if required the government would give permission to run PMKVY centres and ITIs (Industrial Training Institutes) in 2-3 shifts in order to follow guidelines of social and physical distancing. 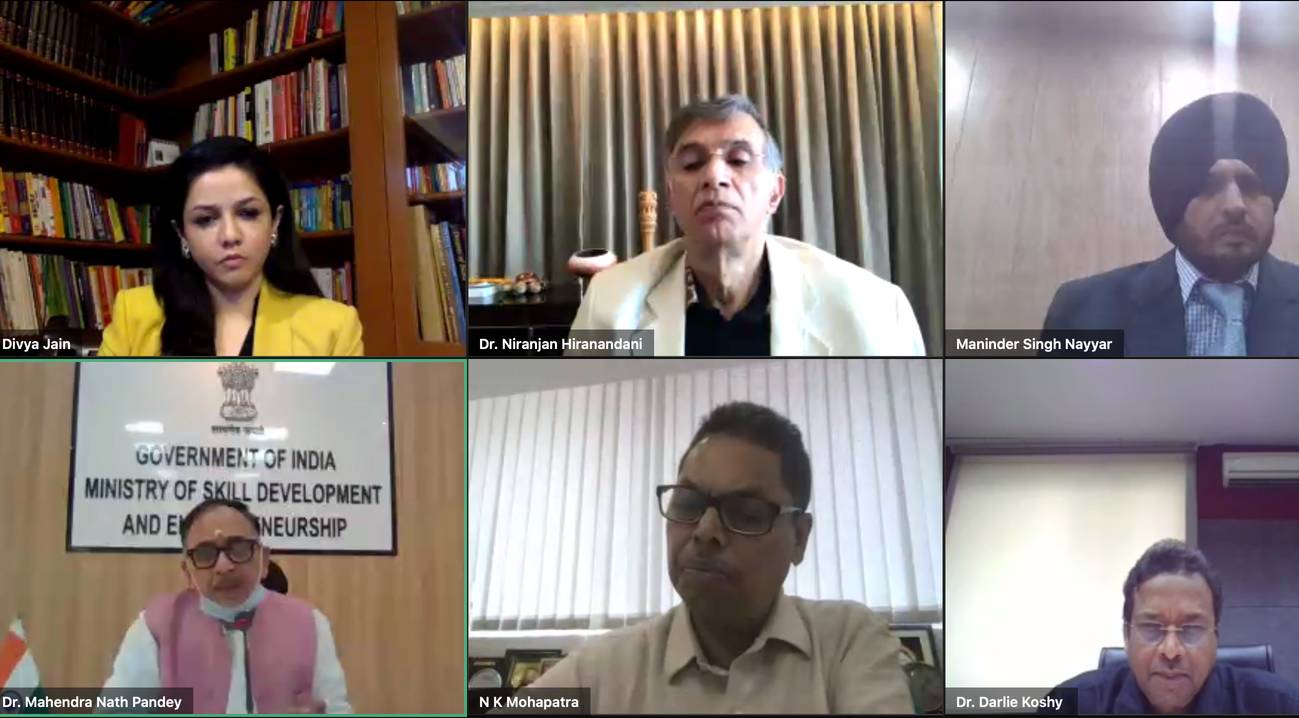 vid-He also urged industry to expand their operations from big cities to small districts and villages and invest in upskilling and re-skilling the youth across rural India which would help make a giant leap towards the success of the Atmanirbhar Bharat Abhiyaan launched by the Hon’ble Prime Minister, Shri Narendra Modi. “We invite private sector people to come forward and impart training and focus on being vocal for local product and services empowering youth to drive local economic growth.”

The Minister added, “I appeal to the industry to be more compassionate towards the migrant labour, do their counselling, treat them respectfully and facilitate those who intend to return and get back to work.”

In a veiled message to China, Dr Pandey said, “Our neighboring country is trying to remove its blot and working on expansionist policy, but it is also able understand now that this time round it has a strong opponent and it will further get to know this thing more clearly as our entire nation stands united.”

Talking about the various plans of the Skill Development and Entrepreneurship Minister, Dr Mahendra Nath Pandey said, “We are also working on Skill Management Information System, which will bring the entire skill ecosystem on a common web portal and work as an aggregator for demand and supply of skilled workforce.”

He further informed, “We plan to further simplify the apprenticeship which is the on-the-job model of skill training so that industries do not hesitate in absorbing apprentices and they do so enthusiastically. We shall invite suggestions from the industry on that, our proposal is going ahead with whatever discussions we took in past in this regard.”

The Minister also said that his Ministry is working closely with other central ministries and state governments on compiling data of skilled persons across the country which would be made available at a single click. “The database of skilled youth in the country will also the registered data of people who have come in from overseas as a part of reverse migration. NSDC, the implementation arm of MSDE, has come up with an effective application called ‘Swades’ whereby both Ministry of External Affairs and Ministry of Civil Aviation are also cooperating in collating this information and segregating the workforce basis their skills, so that they can later be connected with opportunities of employment within the country and add to their personal and nation’s overall growth.”

He stated that about 20,800 people have connected through the Swades app already. “In future, we plan to use their skill on a bigger scale and also seek help of industry bodies in utilizing their skills and promote them as trainers as we go ahead.”

Dr Pandey said that the role and responsibility of the industry in terms of skill development has increased during the current scenario even as the government is sharing ideas and working together with the private sector and that these times call for a unified solution for citizens of the nation, ensuring a more secure and better livelihood for all.

“In wake of the Covid-19 global pandemic we need to move ahead with innovative methods, especially in the industrial sector, there is a need for a big change in terms of the overall mindset and approach towards doing business as we need to give more importance to use of digital technology,” said the Minister.

In his welcome remarks, ASSOCHAM president, Dr Niranjan Hiranandani said, “Industry will willingly work in tandem with government to jointly fight this battle and support the Hon’ble Prime Minister in his vision of New Artmnirbhar Bharat.”

Mr Maninder Nayyar, co-chairman, ASSOCHAM National Council on Skill Development said, “Post Covid-19, new sectors and avenues of working are set to emerge, requiring new levels of skill, as such it is important for government and industry to predict the possibilities of the future and prepare for them today itself.”

Reconnect and Rebound: A Webinar on Migrant Workers, Employment and Economy – A Report

Dual certification: The next level of Indo-German cooperation in VET

Dual certification: The next level of Indo-German cooperation in VET