Indo-Australian collaboration in skill development has been on top of the agenda for many states in India to equip the youth with employable skills. Queensland Skills and Education Consortium (QSEC), Hyderabad,  has been pioneering Australian training in multiple skills having excelled in Retail training for years. In this Skill Story, Sam Freeman, India Head, QSEC, tells us more about the plans skilling India through local and international job market and training of trainers (ToT). Let’s read on…

First Impressions Resources has owned and operated a training organization in Australia for 30 years, called “Australian Retail College” which offers nationally recognised qualifications in the Retail and Pharmacy sectors. About 10 years ago, we started looking at new markets outside Australia and decided upon India as our first international venture. This was mainly because the Indian retail sector was the second fastest growing in the world at the time and the sector was facing huge capability challenges. Also, Australia and India share similar histories in terms of being a part of the Commonwealth, having common legal environments and the use of English in business.

Since the retail industry was growing quickly in India, we initially focussed on that and met people in government, academia and industry to understand the local Indian requirements. After 5 years of Research & Development (R&D) we set up 5 training institutes in Andhra Pradesh in 2013. Our focus was on delivering retail training and we affiliated with the Retail Sector Skill Council to participate in government funding programs such as STAR, PMKVY, NULM and DDU-GKY (then it was Aajeevika). We also begun working with ASAP Kerala in 2014, where we have received positive responses on the quality of our training by the sector.

After seeing the impact of our training, several Governments asked us to expand into more industry sectors, so we went back to Australia and found partners, who had expertise outside of retail, which led to the formation of the QSEC consortium. In Australia most training providers are niche players, for instance, they may be good at Engineering, Hospitality or Construction, so they might do just do one or two industry sectors. Whereas in India, obviously the scale is massive, you need to offer multiple courses and different sectors in a training centre. This lead us to onboard 4 partners to start courses, broadening our approach a little bit.

We have taken our training curriculum from Australia and aligned it with Indian QPs-NOS. Initially, we did this in Healthcare and Retail and we discovered there are a number of similarities in the QPs-NOS of the two countries. We have partnered with SSCs to work further.

We moved away from doing just the government-funded skilling courses and started offering Training of Trainers (TOT) programs, as there is a huge need for quality vocational trainers to achieve the Governments’ targets. At the moment, we are present in Bhubaneswar, Chhattisgarh and Telangana, as well as talking to other states about setting up there. We focus on niche skill development courses, such as training to get international placements.

We also plan to work with different states on Training of Trainers, setting up centres dedicated to the development of the skills ecosystem. We plan to scale up our efforts in training and placement for overseas marketsOur target is to scale up our delivery to around 30,000 students per year. Of this 5,000 to 10,000 per year will be TOT an TOA programs, a similar number will be offshore placement programs and the remainder will be domestic training. Sam Freeman 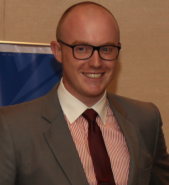 As a foreign entity, we have encountered some difficulties in operating in India. The bureaucratic process can be slow which can mean things like assessments, affiliations and approval of payments take a lot of time and at the same time the skilling system is growing rapidly and encountering several logistical issues. Despite this, the Governments we have engaged with, have always welcomed us and been positive about the programs we have delivered.

Evolving as an organization

Initially, we set up a local team in India and had Australia staff visit a few times a year, but we found that it wasn’t the right model for us. We now have 2 staff from Australia based on the ground in India; one is the Head of Training & HR and I am the head of the organisation here. This has enabled us to get a much clearer grasp of the local scenario, how the business is tracking day-to-day and what direction we should be taking.

We now offer paid courses, delivering Australian Curriculum and a range of certifications – one, Government Certificates (NOS or AQF) or two, private certification for courses aligned to employer requirements. For instance, we are offering a placement-oriented course in Welding Skills, using Australian curriculum but customised to meet the job requirements of employers in Gulf and European countries.

Response to the skilling courses

Overall, the response to our courses from Government, Industry and students has been very positive. We have learnt that India is an extremely referential market, where people take advice from their local networks and there is often healthy scepticism of new brands in the market. We have faced the same challenges as many companies in this space of building our brand and building trust with our customers.

A fitting example of this is the overseas placement programs I mentioned earlier. This is an area in India where some people have been the subject of scams, so people are sceptical of new companies in the market. We have focussed on working with local institutes and NGOs who already have a good reputation. We also spend a lot of time with the candidates, inviting them to our training centre so they can they start to understand how genuine and credible we are.

Like many others in Skill Development, we find the aspirations of the students is sometimes a barrier; many prefer to go for higher education. However, once you narrow down on the right kind of students, they take it up positively.

Impact through Training of trainers (ToT)

Currently there is an international qualification for ToT, jointly developed by NSDC and Australian Government. This is referred to at the International Trainer and Assessor Courses (ITAC). The response to this program has been very positive because for the first time, skill development trainers are able to get international certificate; making it aspirational for them to take the course. It also helps to meet the demand for better trainers in the market as it focusses on developing their pedagogic skills, giving them tools to prepare and plan training sessions, conduct activities, and more effectively interact with students.

Several governments have engaged us to conduct Training of Trainers for all their affiliated trainers, committing to fund 500 or 1000 places under the ITAC program.

Right now, we have a range of new projects on the horizon. We will also offer local training programs for local employment. By the end of this year we want to have 3 mega-centres set up in Chhattisgarh, Kerala and Jharkhand respectively servicing a range of different requirements.  We have been approached to launch centres in Telangana, Kerala, Jharkhand and Chhattisgarh over the next 6 months, looking at delivering new and innovative programs in areas such as Cyber Security, Artificial Intelligence, Machine Learning and 3D printing. We see these as being critical skills to India’s success as the focus shifts to Industry 4.0.