by Brunda Murthy
in Events, Industry

Automotive Skills Development Council (ASDC) Annual Conclave 2017 was held on 29th September at Delhi and it was attended by more than 500 delegates from all over India.The event saw active participation from the government representatives, the industry, the training partners and the academia. Besides key note addresses by the dignitaries, ASDC felicitated three candidates participating in the World Skills Finals at Abu Dhabi. 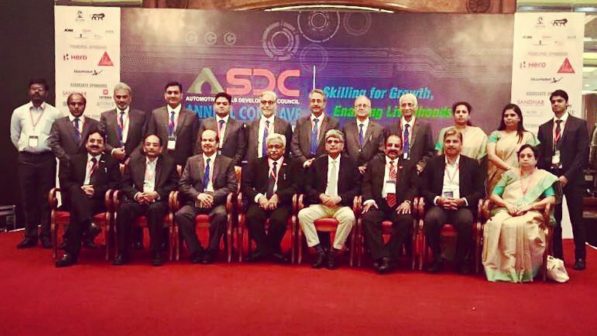 Lauding the role played by the Automotive Skill Development Council (ASDC), Ms Vineeta Agarwal, advisor to the Ministry of Skill Development and Entrepreneurship (MSDE), appealed for industry to employ the candidates certified by the Council. She also drew attention to the recent launch of National Apprenticeship Placement Scheme (NAPS) under which the government enables placement with stipend. Besides the focus on Prime Minister Vikas Kausalya Yojana, the need is to go beyond and involve states since skills fall under the concurrent list, she added. “Making skills aspirational than pure educational” should be attempted, she emphasised.

ASDC President and Past President ACMA, Jayant Davar, in his welcome address, enumerated the fast pace of the Council and added that ASDC had put in place the necessary building blocks as it has already created 200 job roles, 210 training partners, 750 certified trainers and 1,000 assessors across India. He said that the Automotive Industry will continue to grow and create jobs and expressed confidence that ASDC will meet Industry expectations of skilled manpower.

“We are a small organisation, but a huge platform,” said ASDC Chief Executive Officer Sunil Chaturvedi in his speech. While felicitating three candidates who will be participation in the forthcoming Wold Skill Competition in Abu Dhabi, FADA President John K Paul expressed confidence of the boys putting up a good show at the Finals. On the occasion ASDC CEO Sunil K Chaturvedi announced Competitions for two categories :two wheeler mechanics and wind shield replacement technician in collaboration with Yamaha,Hero Moto and SIKA.

At the day long function, ASDC signed several Memoradum of Understanding (MOU) including with Uttarakhand State Skill Development Mission and the United Nations Development Program (UNDP). Meanwhile, the UNDP-ASDC alliance is focused on creating skill devlepoment and job opportunity for girls and women in areas outside the traditional “sewing and packaging” arena.

The Panel discussion on the topic of “Smart Mobility and Smart Manufacturing,” anchored by Tata Motors Gajendra Chandel, held forth on key questions such as how prepared are we to face the fast changing world and the need and availability of requisite skillsets and the curriculum in educational institutions to meet the industry demand in the years to come. 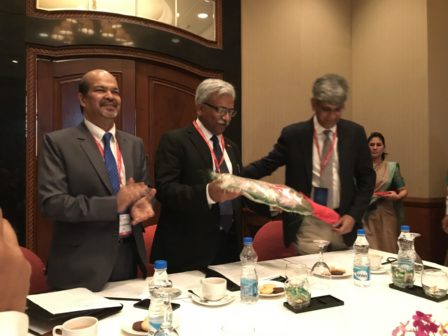 The prospect of job loss, the future of job market, organisational structure and the role of government came for heated discussion participated by I V Rao of Maruti Suzuki, Suman Bose of Siemens Software, Kiran Deshmukh of Sona group, Ruediger Heim of Fraunhofer. The participants concluded that the future expects all stakeholders to be “super flexible” and a lot more thrust on “digitization”.

There were two other panel discussions and MOUs with HeroMoto,Yamaha,Akzo Noble and also announced future plans with 3M India in skills related to value added services and car care products. In an action packed day, ASDC also signed MoUs with four Universities for skilling in Higher Education.

Mahatma Gandhi on the importance of vocational education and skill development