At the Annual National Conference of state ministers, one of the critical items in the agenda was to ensure demand-driven skilling in various industry sectors. In order to promote industry-linked skill development programs at the grassroots level,   Dr. Mahendra Nath Pandey, Hon’ble Minister of Skill Development and Entrepreneurship (MSDE), allocated Rs. 560 crore to state governments at the conference. The Minister made the announcement while launching ‘Apprenticeship Pakhwada’, a 15-day cross-country event in collaboration with 22 organizations to provide apprenticeship training to more than 2.5 lakh youth in the country.

The annual conference acts as a platform for stakeholders of various skilling schemes across the country, especially state government skill ministers to meet and discuss various issues affecting the skilling efforts in their states. The event saw more than 80 representatives across states participating in the conference.

Addressing the various representatives present on the occasion, Dr. Mahendra Nath Pandey, said, “Skill development is a demand-driven subject and it is important that we give more power to the States to ensure quality and market relevant outcome. We must also map and strike a balance between the traditional and new-age skills right at the district level and also target a shift from unorganized to the organized market through our Recognition of Prior Learning (RPL) program. 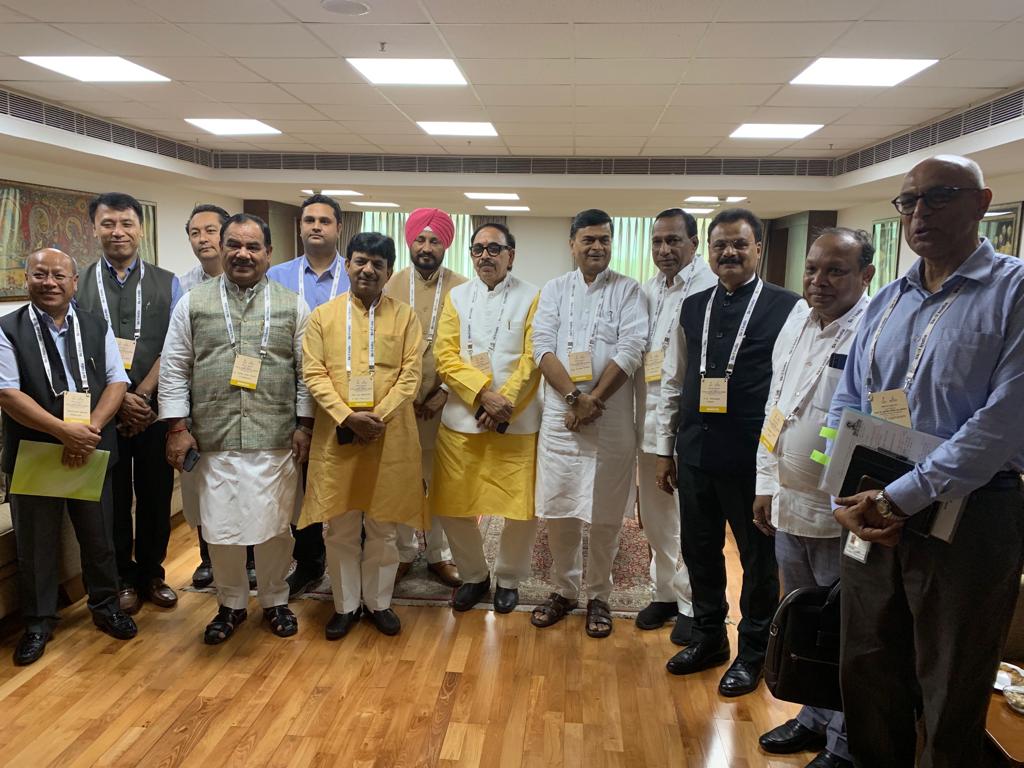 States should ensure integration of skills right at the school level so the youth can choose their trade. At the University level, we should promote apprenticeship training as part of regular degree courses, since on-the-job training is a pre-requisite for any job,” he added.

The Hon’ble Minister said governments, both at the Centre and the state levels, should work towards a common standardized assessment system. “We should promote those who are contributing with quality outcome and discourage every sort of corruption,” he said.

Shri RK Singh, Minister of State for Power and New & Renewable Energy (IC) and Skill Development & Entrepreneurship, said, “More than primary sectors, our focus should be on secondary and tertiary sectors and on meeting local demand for goods and services than global demand. States should consistently undertake environmental scan for market-relevant skills. We should ensure our alignment to jobs of the future so India has a competitive advantage. It is also important that our trainers are up to date with the latest curriculum and our infrastructure is of global standards and focused on quality delivery.”

In order to boost relations with stakeholders, including the industry and youth, the day-long event also saw the announcement of incentives to Third Party Aggregators (TPAs) to achieve the set target of engaging 10 lakh apprentices during the current financial year. Industries that had more than 3000 apprentices were felicitated and awards were handed out to winners of the All India Competition of Apprenticeships held by Directorate General of Training.

The conference commenced with achievements made in skill development, highlighting initiatives that have been rolled out to boost the Government’s vision of making India the Skill Capital of the World. About 80 lakh youth have been skilled under Pradhan Mantri Kaushal Vikas Yojana (PMKVY) since its launch in 2015 with more than 28 lakh oriented under Recognition of Prior Learning Program. MSDE has more than 25,000 institutes and centres today delivering more than 3,000 courses across 37 sectors in the country. These include 629 state-of-the-art Pradhan Mantri Kaushal Kendras (PMKK), targeting one centre in each district of the country.

Comprehensive reforms in Apprenticeship rules 1962 have been approved in the 36th CAC meeting held on 10th July, 2019 and had been sent for Gazette notification to further streamline the process. Major reforms include:

The Ministry’s new pilot project is focussed on providing incentives to TPAs and Sector Skill Councils (SSCs) as the National Apprenticeship Promotion Scheme (NAPS) launched in 2016 does not provide incentives to complete ecosystem involved in the promotion of Apprenticeship Training. TPAs and SSCs act as a catalyst for promotion and advocacy of apprenticeship training by making special efforts to reach maximum number of establishments including the micro, small and medium enterprises. The SSCs and TPAs would facilitate industries and establishments to engage a large number of youth with special focus on women apprentices. The target is to engage 2.8 lakh apprentices in designated/optional trades for the period 1st October 2019 to 31st March 2020.

Apprenticeship has been recognized as an effective way to empower young people to make the shift from school and college to the workplace while improving links between industry and training institutions. The National Apprenticeship Programme plays an important role in upskilling India’s workforce, offering different parties the opportunity to share costs.

During the 15-day Pakhwada, the Ministry will hold workshops and seminars across states with the aim of creating awareness about apprenticeship training among establishments and employers across manufacturing and service sectors. These will include all stakeholders including SSCs, industry partners, state governments, industry associations, third-party aggregators and line ministry in various parts of the country.