by Team NSN
in Industry, News
1

In the first of its kind roundtable held on 29th November in Bengaluru, Department for International Development (DFID), a UK government department, and the Aerospace and Aviation Sector Skill Council (AASSC) held in-depth discussions on meeting the demand for skilled workforce in the aerospace and aviation sector. The event was attended by senior officials from the Ministry of Civil Aviation (MoCA), the Ministry of Skill Development and Entrepreneurship (MSDE), National Skill Development Corporation (NSDC), and eminent persons from the aerospace industry, assessment agencies and training partners. 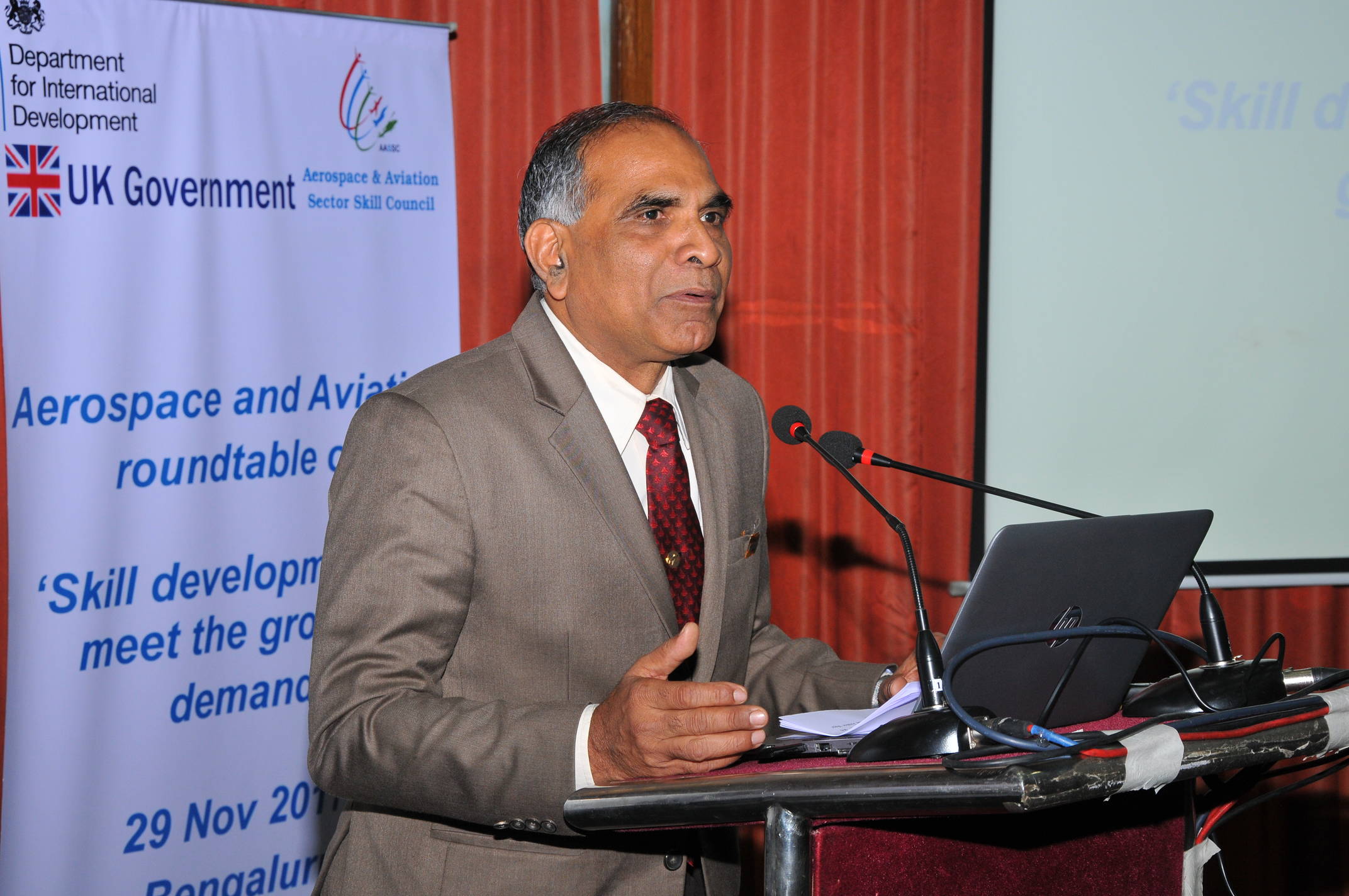 DFID India’s ‘Skills for Jobs’ project is providing technical assistance to help scale up and improve the quality of vocational training and skill development in India. The project works with central and state institutions as well as with the industry led sector skills councils. The roundtable formed part of the Skills for Jobs project. 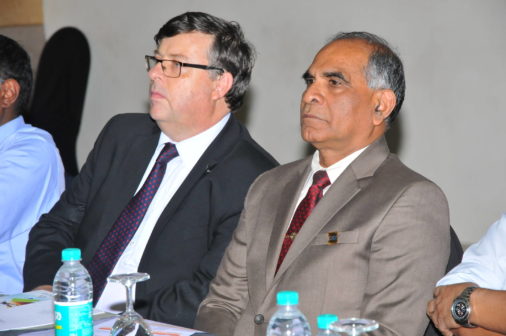 Dominic McAllister, UK Deputy High Commissioner in Bengaluru, talked about the significance of skill development as an important area of collaboration between India and the UK. The UK has allocated additional resources for collaboration in this area in line with their Prime Minister’s announcement during her visit to India in November 2016. Aerospace and Aviation is a fast developing sector in India and one where UK can bring in long-standing knowledge and expertise. He wished success for the Roundtable discussions hoping that it will lead to meaningful and effective skill development work in the sector.

Mr Suvarna Raju, Chairman, HAL during his keynote address acknowledged the long relationship that existed between India and UK in the aviation sector and informed that the aim of AASSC was to train at least 4 lakh trainees till 2020 encompassing Level 1 to Level 4 work force in the sector. Further, Ms Vandana Aggarwal, Senior Economic Advisor, Ministry of Civil Aviation during her keynote address while highlighting the various initiatives taken by GoI, mentioned that it was important to plug the skill gaps that exist in the sector and also draw synergy between the aerospace and aviation workforce.

Ms. Anu Gupta, Head Skills and Inclusion, DFID, said that the UK Government is fully committed towards skill development in India. As a next step, DFID and AASSC had identified pilot interventions to be implemented with support from the Science, Engineering and Manufacturing Technology Alliance (SEMTA) UK over the next 6 months to define potential strategic areas of collaboration with prospective UK skill training partners in the sector. Mr Dean Fox, SEMTA, UK elaborated the key areas of the proposed interventions whilst reiterating their commitment and emphasising the importance of making a more conducive environment for skilling in the aerospace and aviation sector.

D Peter Immanuel, CEO, AASSC, welcomed DFID’s offer to implement the pilot, hoping that it will lead to focussed collaboration between India and the UK in the areas of Skill Development for the Aerospace and Aviation sector.

The roundtable mainly focused on apprising the key stakeholders of the pilot intervention planned by DFID and AASSC, which is to be implemented in partnership with the Science, Engineering and Manufacturing Technologies Alliance (SEMTA), UK and to garner their views on the opportunities, challenges, and solutions for the industry.  The participants appreciated the initiative taken by DFID and AASSC and expressed the necessity of such programs as a right step towards skill development.

(This article is based on a press release from AAASC)