by Brunda Murthy
in Events, Industry
2

Despite their huge number, the majority of domestic workers in India still remain illiterate, low-skilled and ill-provided in their lives and workplaces. They are also one of the poorest and most exploited groups of workers in the country, migrating in sizeable numbers, often trafficked and works at low wages, meagre benefits, and less legal or social protections compared to most other wage workers, with the probable exception of casual day labourers and industrial outworkers.

Domestic Workers in the North East states of India

The North East region employs a large number of women and young girls as domestic workers. Usually coming from illiterate or semi-literate backgrounds, domestic work is a primary source of employment in the unorganized sector. Given that less than 1% of the workforce is formally trained and certified, nearly 80-85% workers are potential beneficiaries of skill development programs. Tier I and Tier II cities in India have the highest demand for domestic helps.

To learn more about the event, download the brochure from https://www.nationalskillsnetwork.in/wp-content/uploads/2019/06/Domestic-Workers-skill-Conclave-2019-Assam.pdf 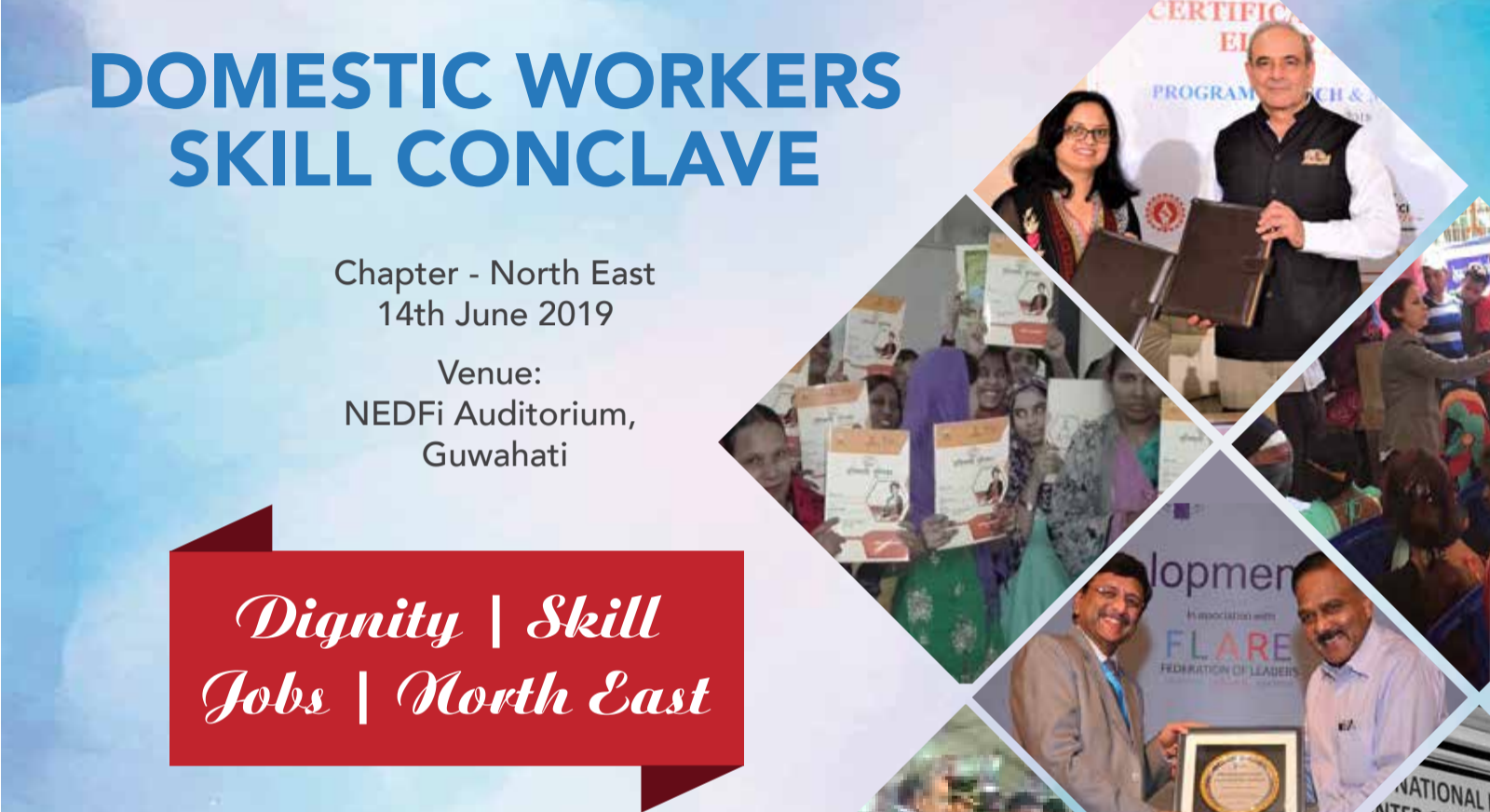 What to expect during Domestic Workers Skill Conclave:

The conclave will provide a platform for further exchange of ideas and experiences amongst a wide range of Agencies, Institutions, Associations, Enterprises, and Experts. Through this conclave the aim is to reach out to: