“I left my job as a hardware engineer at Apple to explore my passion for photography”, said Ms. Parameshwari, a cinematography student of Dadasaheb Phalke School of Film Studies (DPSFS), Hyderabad. “I am an engineering graduate and worked for Bosch for about a year. But I strongly wanted to build a career in filmmaking and took a bold decision to leave my job and join a film school”, expressed Yashwant Gurukul, who is pursuing a Diploma in Direction at DPSFS. Many youngsters like Parameshwari and Yashwant are leaving their jobs with large MNCs to follow their calling in the art of filmmaking. 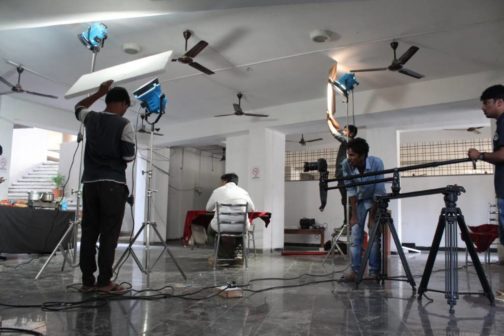 Remember the times when options available for entertainment to an average Indian were a single channel on TV, a single-screen theatre and occasional play or drama in the neighborhood. In the past few years, the promise of globalization with advancements in technology, and the advent of Over-the-Top (OTT) media services, entertainment has grown to a different level. The growth of the entertainment industry both in terms of its quality and wealth has contributed significantly towards the Indian economy.

Mainstreaming unique Indian culture in the entertainment industry in India

This decade exposed us to a range of movies, web-series, radio, and TV shows of international standards. With the penetration of the internet into the remotest places of our country, Indians, especially the Indian youth got to know the world around us better and exposed them to a whole new culture of western music, cinema, private music albums and much more.

The last 20 years also saw an explosion of visual content and a whole new level of performing arts, the style of storytelling and filmmaking. Much of this has evolved to match the evolving and changing preferences and sensibilities of the urban youth and English-speaking Indians. The entertainment industry is now equipping itself for the ongoing digital revolution, with increasing internet usage among individuals spread across the country and not just urban setup. The focus is also shifting from the English-speaking urban crowd to the multilingual content providers. 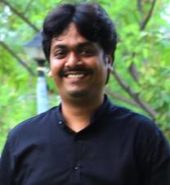 “The idea of entertaining illogically is changing. The communication revolution is enabling the audience to the exposure of world cinema which is standing much ahead of our sort of filmmaking”, said Mr. Nandan Babu, Principal, DPSFS. “We aspire to build future film personalities with scientific social and cultural probing, responsible with lateral thinking”, added Mr. Nandan.

It is time we mainstream the unique Indian culture in the entertainment industry in India. The Indian film and entertainment industry has been more than a century old, but very little has been explored in terms of its culture and traditions. India is culturally rich and diverse with respect to its history, art forms, music and literature, there is a huge scope for the new age film professionals to showcase it to the world across platforms. “I am currently working as an Assistant Director. In the future, I would like to direct sensible films, which would be considered as art pieces”, said Mr. Yashwant Gurukul.

Exploring careers in the entertainment industry

Careers in the Media and Entertainment sector can be an exciting one but challenging. It takes years of commitment and talent. It takes the ability and willingness to reskill and upskill as per the changing job roles and industry requirements. A career in this industry will not only give a promising future but also an immense creative satisfaction.

To build and succeed in a career in the entertainment industry, the most important criteria to be fulfilled is being creative. “While technical knowledge can be formally acquired, creativity cannot be taught or forced upon someone. We look for people who are proactive, open to new ideas, and have forward-thinking and the techniques they use in accomplishing things”, said Mr. Pete Draper, Co-Founder, and CEO, Makuta VFX. 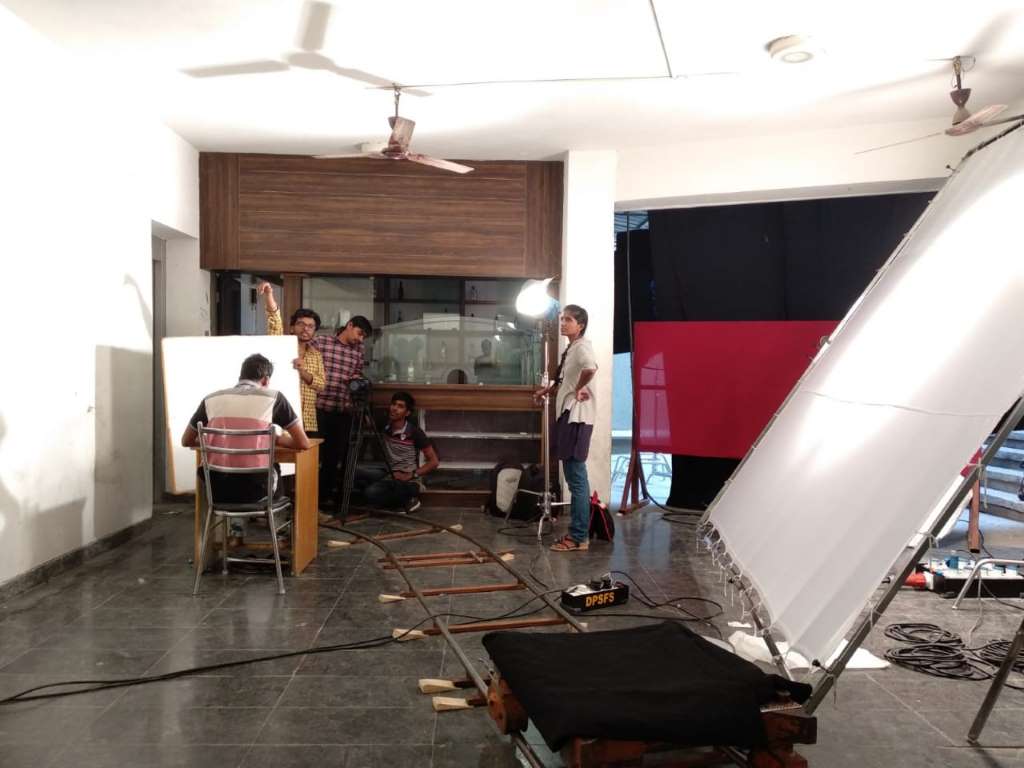 Film schools and other educational institutions which prepare the youth for job roles in the industry must not only impart knowledge and training but also nurture their creative talent. “Human being is naturally creative; we have evolved due to our creativity. To pursue any art form, the youth must think differently in expressing their ideas and emotions. If this thought process is enhanced with social responsibility then the medium becomes more powerful and motivating”, asserted Mr. Nandan Babu.

Filmmaking might have come naturally to many, but to condition oneself to fit into the industry is something to be learned. Many say one need not join a film school to pursue a career in films, but Yashwant and Bharat from DPSFS have a point to contradict. “To pursue a career in filmmaking, it is necessary for one to join a film school. It is the film schools which groom you as per the industry requirement, helps you learn the grammar behind every shot and meaning of every detail”, said Mr. Yashwant Gurukul. “Earlier I have been part of many theatre groups, but they are very stagnant and we do not have much scope to expand our knowledge. But in DPSFS, I learned method acting, Meisner acting, theatre, dialogues, and diction. This has inspired me to be an Actor and not a Star”, exclaimed Mr. Bharat Sainath, Acting student at DPSFS.

Before the advent of social media channels, or video platforms like YouTube, it was a distant dream for many to think of being an Actor, Director, Cinematographer or Editor. Today, there are a number of platforms to showcase one’s work and talent, thanks to new markets like OTT. You don’t necessarily need a studio to start your own program. You don’t need celebrities to promote your channel. You don’t have to speak a certain language or look a certain way to be on camera. The youngsters we have interacted with proved that there isn’t the right time to pursue one’s passion. They have followed their hearts and found their Ikigai. Stories like these inspire many among the youth to do what they always wanted to do and to love what they do.

How ATDC is preparing youth for the apparel industry through DDU-GKY and B.Voc courses

Skill gaps in Aviation and Aerospace sector: Challenges and way ahead

Skill gaps in Aviation and Aerospace sector: Challenges and way ahead