F-TEC Skill Development, an NSDC partner company celebrated their silver jubilee on 16th February in Delhi in the midst of change makers, academicians, industry representatives, F-TEC center heads and students. As a training company set up in 1995, F-TEC has evolved from a computer education institute to a multi-skilling organization catering to the demand for creating skilled and employable youth. The occasion was graced by Shri Parvesh Sahib Singh, Member of Parliament (M.P), Shri Ashok Bhagat, Padmashri, Founder, Vikas Bharti and Prof. Abhay Karandikar, Director, IIT Kanpur along with other dignitaries and speakers. The day also marked celebration of skilled youth, who participated in various skill competitions and recognition for best performing centers from different locations. 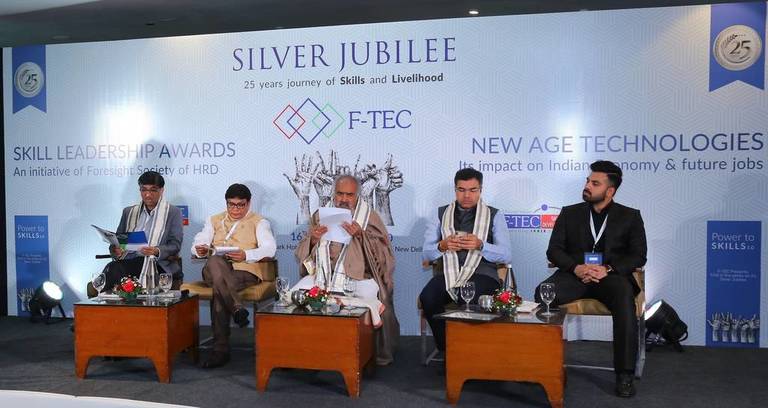 Shri Praveen Arya, CEO, F-TEC, passionately recalled how their journey has been from an IT training institute to a multiskilling social enterprise dedicated to fulfilling Skill India mission. He spoke about how F-TEC has played a remarkable role in computer training for less-privileged youth and thereby created a model to bridge the digital divide in India. Besides training more than half a million with 60% placements, F-TEC’s social franchise model has incubated several social enterprises, headed by first generation entrepreneurs.

Prof. Abhay Karandikar, Director, IIT Kanpur, commended the contribution of F-TEC and appreciated their role in filling the skill gaps and enhancing employability of youth coming from the formal education sector and empowering them with livelihood enablement options. He also placed the need for rural sector digital empowerment and said it was a challenge to cope with the pace of technology development and widening skill gaps.

Presiding over the ceremony, Shri, Ashok Bhagat, Founder, Vikas Bharti, emphasized on the need to boost rural economy through jobs and entrepreneurship opportunities for rural youth. Quoting examples from Vikas Bharti Model, he said it is imperative to develop villages and tribal areas in order to bring them in the mainstream. This would not only reduce frustration among rural population, but, encourage reverse migration to villages if good facilities are provided through successful implementation of programs at the grassroots level.

Speaking on the occasion, the chief guest, Shri Parvesh Sahib Singh, M.P went down the memory lane and recollected the long association with F-TEC since the time of his father late Shri Sahib Singh Verma. He appreciated the efforts of the team and emphasized the need for redefining development in terms of empathy and human values. He congratulated the leadership for integrity, team work and hard work – the three aspects of any successful venture.

To commemorate the occasion, Foresight Society of HRD, a non-profit, partnered with F-TEC for the Power to Skills series by conferring awards to exceptional contribution to the evolving skills ecosystem. Following categories of awards were given in the first series of annual Skill Leadership Awards: 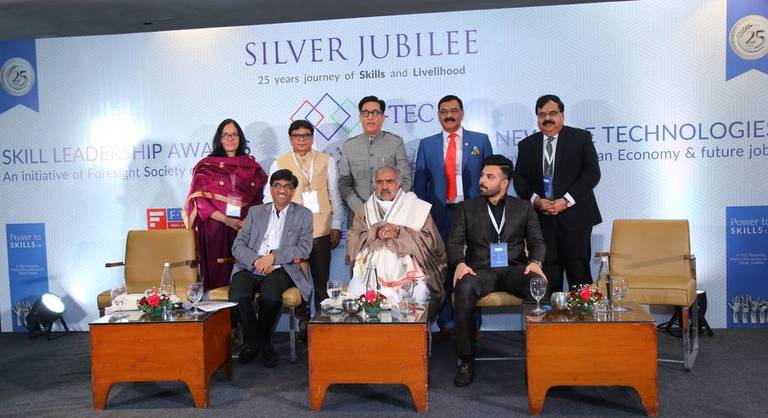 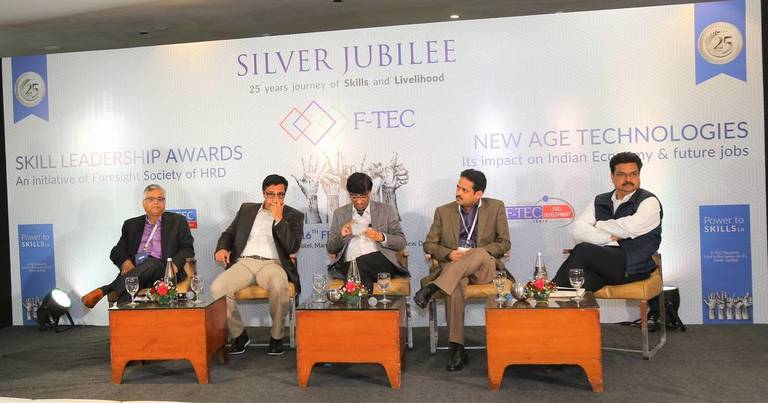 Prof. Dheeraj Sharma, Director, IIM Rohtak shared his thoughts on how to be on the driver’s seat rather than remain consumers in the context of IT and emerging technologies in India. Quoting the success of Google, Facebook and similar companies he said we need to be inquisitive and how the future of work will be driven by information that controls our wants, needs and desires. At the strategic level, he also spoke about the changing job roles due to the impact of Artificial Intelligence (AI) and how we should brace up for the emerging new job roles.

Elaborating his perspective from the technological disruption, Prof. Abhay Karandikar, Director, IIT Kanpur, stated that paradigm shifts are driving the all pervasive digital economy. Hence, there will be a need for new skills to work with machines in the agriculture, healthcare or transportation sectors. We will need special skills even to use latest devices and not just for developing them.

In response to the earliest panelists Shri. Varun Aggarwal, Co-Founder, Aspiring Minds, said that India is yet to invest in research and realize its value. This is most essential to be in the driver’s seat in technology disruption. He also stated that the conversation around new technologies could be traced to Deep Learning in 2012 and how since then many jobs have got automated including the identification of objects photos, which used to be predominantly human-centric. Since a lot of work that happens in India in the IT sector is rudimentary, he reiterated the need to enhance the skills for remaining employable.

Prof. Yogesh Singh, Vice-Chancellor, Delhi Technological University, quoted the example of how manual telephone exchanges were quick to get replaced by automated systems and with how, with the emergence of faceless banking, new jobs are getting created. He strongly advocated the need for indigenous technologies and the need to be a change maker rather than being a spectator of change for sustainable development.

The F-TEC centers were conferred awards under different categories for their performance. The awardees and the center heads shared their stories and how it has been an exciting journey while they got mentored by Shri Praveen Arya. F-TEC Skill Star awards were given on the basis on a skills competition for skilled youth from different centers. The cheerful mood of the F-TEC fraternity and positive feel showed their readiness to realize the roadmap for the next big milestone!

Is Vocational Education a Viable Option in India?