The Federation of Indian Chambers of Commerce and Industry (FICCI) organised a 2-day event – Global Skills Summit on 19th and 20th of September at FICCI Federation House, New Delhi. The event began with a session on the “Journey of WorldSkill Winners”, followed by “Virasat – The Heritage”, showcasing the creative talent of North East India. 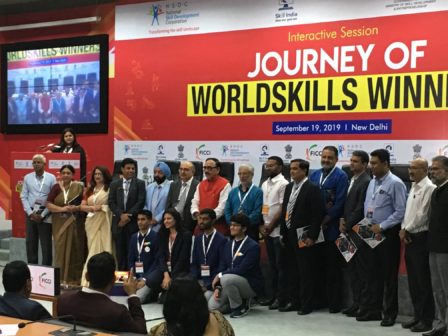 In the first session, World Skills winners were felicitated by honourable Minister of Skill Development and Entrepreneurship, Dr. Mahendra Nath Pandey. Along with the Minister, dignitaries like T. V. Mohan Das Pai, Ms. Veena Swarup, Ms. Shobha Mishra Gosh, Bijay Sahoo were also present at the event among others.  The Minister said, these competitions play a vital role in building the aspirational value among the youth. He also said, in the next World Skills Competition India’s contingent must be much bigger and stronger to carve out top positions as it did this year at Kazan. Government is building some world class infrastructure to facilitate this. Just like how we are now being known for ‘Make in India’, soon we will be known for ‘Skilled in India’, added the Minister. The winners of World Skills Competition were grateful to be felicitated by the Minister. FICCI has played a significant role in bringing the major stakeholders together and opined that there must be more such competitions to encourage the youth to be skilled and compete at the global arena. 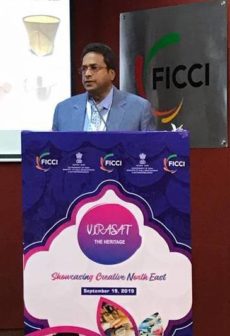 Dr. Darlie Koshy, Director General, IAM & ATDC, put forward that to address rural distress, rural economic well-being must be taken care of. Unlike in the most parts of India, North Eastern India continues to have a cultural connection with what they are doing. Therefore, youth must rediscover the connection and revisit the cluster form of development, added Mr. Koshy.

Mr. Bijay Sahoo opined that the foundation for economic and social development lies in tradition. He said that because of centralised plans, India moved away from cluster form of development. Talent was the key to proliferation of IT sector in Bengaluru. What Karnataka did naturally, other states adopted it structurally, added Bijay Sahoo.

Ms Pooja Chauhan, Chairperson, Amity Humanity Foundation, expressed that, there is lot of talk about diversity but how much of it is being used. She said, a range of policies and strategies are necessary to fill India’s skill gap and tailor-made programmes must be made for the north east with regional essence. To encourage youth to take up vocational training and skilling we should have interesting and innovative curriculum. Having said all this, these steps must end in good employment opportunities for youth to take this up, said Ms. Chauhan. 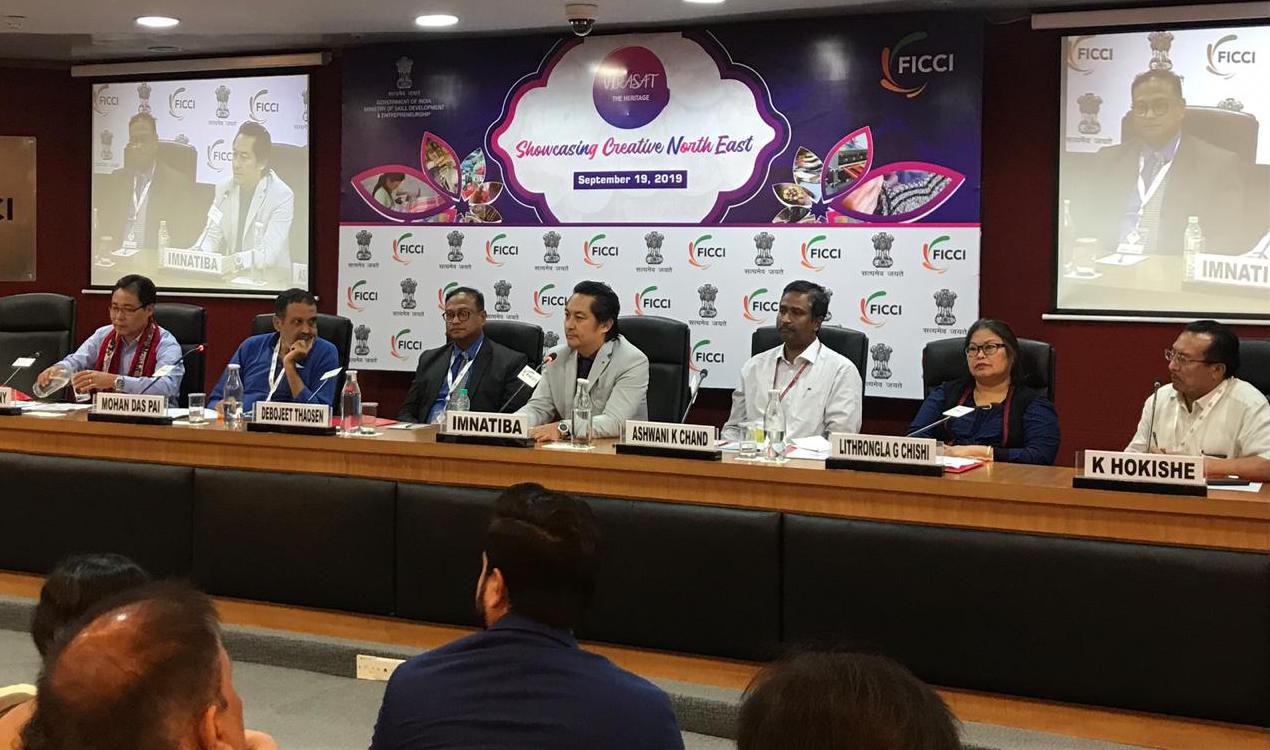 “We should focus on making livelihoods happen. There is a great need to diversify the traditional products for them to fulfil the current needs”, said Ms. Jyotsna Sitling, Joint Secretary, Ministry of Skill Development and Entrepreneurship, Government of India. She said, products should be in line with contemporary market design and new technology must be introduced. She also said access of credit to entrepreneurs from formal sources is a difficult task. And to galvanise the market for handlooms and handicrafts of north east, approach must be export oriented, entrepreneurship in cluster form, expanding the market for producers, markets and consumers. Tourism is the most potential sector in the North East as it is highly linked to local resources, added Ms. Sitling.

A session on North Eastern followed the opening session, which was chaired by Mr. T. V. Mohan Das Pai, with panel members Imnatiba, Debojeet Thaosen, Sille Anthony and Ashwami Kr Chand was held. As North Eastern region has immense potential and possibilities with traditional handlooms and handicrafts, the session focussed on the need to preserve and promote these to stand the tides of changing times. The North Eastern session focussed upon having region specific policies, taking the needs and considerations of people living there. With a number of tribes and sub-tribes, talking different languages and dialects, because of which it becomes a challenge for the government and other agencies to train the weavers and craftsmen. So, the approaches and strategies must be tailor-made since each region is different and unique. Panellists also expressed that, there is so much more to North East, than just muga silk of Assam. These must be recognised, encouraged and designed to meet the national and global standards.

The session on North Eastern India was followed by a plenary session on Cluster: Marketplace and Entrepreneurs. The moderator for the session was Ms. Pritha Dutt. Panel members for the discussion on nurturing the entrepreneur were Dr. Sriparna B Baruah, Ms. Julia Karst, Mr. Anirban Gupta and Ms. Sreya Mozumdar. The panel members for the discussion on creating marketplace and sustainable linkages were Ashim Kr Das, Saumar J Sharma and Amla Srivastava. The session broadly focussed upon the need for sustained effort for the growth of MSMEs, available market places, export opportunities, technology integration and entrepreneurial journey of artisans and craftsmen from the North East. The panellists opined that cluster-based mode of employment and economic development creates an environment and ecosystem for the weavers and craftsmen from the North East, which powered by technology is sure to go places.

Team NSN is happy to be partnering the successful FICCI’s Global Skill Summit event. On basis of the above sessions and discussions we believe that all of this put into action will encourage rural entrepreneurship, will address the issue of rural distress, reinforce the cultural connection among the youth which is slowly fading. The main agenda of any development or policy intervention in the north east must be to promote and develop the art and crafts of the region along with protecting and preserving the “Virasat” of the region.