Baahubali – The Conclusion has broken all box office records showing the power of fantasy films that provide scope for spectacular storytelling through VFX, CGI and Animation. The visual extravaganza takes film-making to new heights where many skills and abilities come into play.  In this Skill Story, we discover how Firefly Creative Studio, Hyderabad, is weaving magic into movies like Baahubali through VFX. Let’s meet Sanath P C, Nagesh H N and Phani Eggone, three of its co-founders and National Award Winners, to learn why this is a super-exciting field to learn, earn and grow by acquiring right skills and abilities.  The team cherishes their Baahubali moments by recalling how it was an experience of a lifetime to design the complete Baahubali world. (All pictures and video credit : Firefly Creative Studio, Hyderabad.)

“Visual Effects (VFX) is not just a post-production technical thing any more; it helps to develop the narrative through the pre-visualization (previz) and also plays a major part in the visualization of characters and locations. Today, VFX has become an integral part of entertainment and gaming industry. Remember the war or the avalanche scene in Baahubali – The Beginning? Let’s look at the role of VFX in creating such scenes.

First, a movie sequence in which certain action is taking place wherein the setting of scenes is non-existent or difficult or expensive to build as a set, for example, an elaborate war scene like we saw in Baahubali. The creative process starts with visualizing the location and building it virtually. Then visualizing the actions and making a technical break down of what need to be shot live and what can be created virtually. Finally, it calls for combining the live action shots and virtually generated crowd and locations seamlessly where it is impossible for the viewer to know where the real shoot ends and where CGI starts.

Second, when the scene requires a live actor to interact with the animals or fantasy characters. At these instances CGI comes in as photo-realistic character animation, like we saw a CGI tiger fight with Mohanlal in the Malayalam blockbuster Pulimurugan. Or, like the snake or the fishes which interact with Avantika in the movie or generating the polio-affected hand of Bijjaladeva in Baahubali.

Use of VFX enables the film maker to tell the story more effectively by using latest technology and tools. As the technology and techniques evolve constantly, the process of visualization demands an understanding of it to exploit as well as develop new techniques and technology for a specific situation to make spectacular visuals of character performances, actions and never seen before locations.

Difference between VFX, CGI and Animation

VFX or Visual Effects involves manipulation of photographed images to bring in a new look. It may start with simple digital make up enhancement of character to adding fully digitally generated and animated characters in the scene. It may also involve replacing a background or location to developing completely digitally generated locations and backgrounds. If there are a few minute things going wrong in the set, VFX can help fix it. VFX also brings about things like digital make up and also has developed enough technologically to have high risk actions shots involving people staged through animation and match with live footage. This way, everything so seamlessly comes together that we hardly even notice that these movies have VFX added to them, increasing the scope for the variety of movies.

VFX extends the impact of the scene and enhances it with the use of latest technology and tools. The technology evolves constantly but  process of visualization remains the same as far as generating the visualized characters, settings, etc is concerned. This is what creates fundamental difference in a film and makes it unique. Nagesh H N

Overcoming limitations and imperfections through technology

VFX step in when there are difficulties in making it happen in real world. And we also come across situations where the tools and technology used to generate VFX throw up limitations, in such situations we develop tools to overcome the problem. To make the effects as natural as possible it is important for the animator to have technical knowledge of what he/ she is animating.

For example, creating an animation of an avalanche requires the animator to know about the physical and visual characteristics of snow and how it behaves in the given situation which will bring in the realism. Once artist understand it, he needs to stage it to get across the story to the audience, which will bring in the emotion. In Baahubali – The Beginning, the entire avalanche sequence is a technical simulation. We generated elements like mountains and trees, applied force to interact with particles which look like snow particles. This was tweaked to make it visually stunning and artistically appealing.

Animation is all about giving life to an object, it can be a character, or an object or a background. It can be photo-real or it can look like a cartoon. CGI is a general terminology stand for any Computer Generated Image. In animation the entire gamut of things are generated for a scene, there’s nothing real , we create everything from scratch by building the character, hairstyle, costume, skin colour, all these are the elements of designing the character, every frame this needs to be drawn. Then we need to design the locations where action takes place. The story needs to be told in a series of shots much like in a panel in comic book. The comic book panel is more like a story board, and it become a shot when you give movements to the elements in the frame.

Once the story is in place, designing of the characters and locations comes first.  With 2D animation, a conventional process of every frame being drawn takes place, unlike that of a 3D animation where the character has to be digitally build and animate it.

Technology is driving today’s entertainment industry. Digital makeups, digital doubles and other forms of VFX is almost occupying the space of the artists. With perfectly seamless integration of VFX with live footage, you will not even know the difference between CGI, VFX and the real shoot! These things couldn’t be imagined 10 years ago. We are still not able to utilize technology to the fullest, we still trying to learn and understand the humongous potential of technology. Sanath P.C 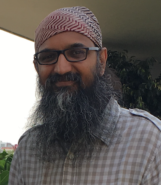 Just the way seasoned actors enact on the sets, the animators make their characters act and perform. The animator first has to acquire a great deal of technical knowledge about what he or she is creating and it is only later, that the emotions are brought to life. For example, to animate a tiger; first we need to build a digital one with proper anatomical details like bone skeleton, muscles, skin, fur, etc that will determine the mobility of the animated tiger.

Once the desired image of a tiger is achieved, it is left to the animator to understand the scene well and then depict emotions through body language, expressions, etc. Emotion will be portrayed through things like the aggression in body language, etc. If the tiger is running we need to figure out why is the tiger running, to attack someone? or to escape? – how it should jump, the posture, just like how an actor acts, animating gives the same emotional effect, frame by frame.

VFX, CGI and animation are artistic forms of expression through different mediums and using technology to give movement, light and life. There are many institutes teaching these different methods making animation, visual effects, graphics a separate discipline altogether. Formal qualification in Animation through a degree or a diploma is a contemporary thing. It poses a lot of challenges to succeed and like any other course, it demands a lot of interest, passion and hard work. There are many freelancers in this field who have learnt on their own and become self-employed.

People would not like to see what they saw in Baahubali again! In films everybody wants something which nobody has seen! This is an ever-evolving domain, the moment you stop learning you are out of profession. You need to keep polishing your skills as the tools keep changing. For visualizing, you have think out of the box, be creative. You need to be observing, reading, updating yourself ; this is a never-ending process in search of self-excellence.  This is a challenge, if you take it as a pain, it will not work. It should excite you. Phani Eggone

Let’s look at one of the most important skills. You need to have an eye for noticing and appreciating things, observing and understanding why something is aesthetically pleasing. Then, you need to probe by asking questions and answering them. This will help in finding a way to discover and express yourself. You may discover that you can entertain people, make caricatures, amuse them by telling stories visually… this gives meaning to your expression. First you learn to draw and sketch on your own, then take up formal learning. Then come the technology layer where you learn to animate, give life to static elements and make them emote

Self-learning is the key; portfolios matter!

Now people are aware of careers in this field thanks to many popular movies and games. They may like the field and show interest and be passionate since they’ve been watching movies and animations, however, to become a professional, they need lot of focus,  patience, practice, hard work to develop the skills and abilities. So, 90% of them give up initially since they are not well-informed about what it takes to become a successful professional.

Formal courses like a Bachelor’s Degree offered through colleges and design institutes can teach you from scratch. The VFX discipline is like an ocean that needs to be explored. Training institutes impart execution skills by teaching tools to model and improvise in many roles like animator, matter painter or compositor. Formal courses give an exposure to the subject and developments in the field. Whereas, you can find most of the content online, – example content from Baahubali how the pre-production was done. You can learn a lot from DVDs that show how the movie was made. This is inspirational material for self-learners.

For self-initiated learners there’s ample learning material online. YouTube can be used learn and publish. There are online tutorials and forums for various softwares. Self-learning is the only way to sustain yourself in this profession since the field is very dynamic. Even if you have a formal qualification, we insist on the uniqueness of the portfolio. It doesn’t matter which institution you come from and how much you have scored in your Degree in Visual Communication or Animation. The first question we ask is. “What have you done?” Since “doing” and “practising” is critical, self-learners will always have something to show. You have to keep improving your portfolio as per the industry.

This is an evolving industry with tremendous potential and scope for jobs, careers and entrepreneurship in this industry. It is important to focused and develop your skills and knowledge through practical assignments. Build power-packed portfolios showcasing your creativity and flawless execution. Sky is the limit! All you need to do is explore the field and gain experience.