The German Dual System and its relevance in different economies

In this article, Silvia Niediek, Public Relations Officer, iMOVE, probes the applicability of German Dual System in India. She discusses some key aspects of the model in the backdrop of iMOVE, the key agency within the BIBB, responsible for the International Marketing of Vocational Education.

Germany and the German industry enjoy a long-standing tradition in vocational education and training and a high reputation for the demand-driven and practical orientation of its qualification programmes. Successful training is based on actual demands of the industry and the public sector, realized in a process of constant review. In order to achieve optimal results, the industry, vocational schools and the government are involved in this process.

By learning in the dual system in Germany, young people are trained according to nationwide standardized curricula. The trainees enter into a contract with a company and also earn a salary during their training period, which takes up to three and a half years, depending on the profession they chose. They know exactly what is expected of them at work because 70 per cent of their training takes place in a company and 30 per cent in school.

Therefore, companies who hire graduates of the dual training system can deploy their new employees directly in the working process. Even during the training process trainees provide return on investment for their company, because they already contribute to the production of goods and services.

Even though every country requires its own education system, which it needs to develop independently within the scope of its resources and means, it can incorporate proven elements from another system like the successful German “principle of duality” with its strong emphasis on employability. The further expansion or, respectively, the modernization and the reforming of the education system are given high priority in the development planning of many states; this is at least partly due to demographic developments resulting in rapidly increasing numbers of pupils and students. Already, there are numerous examples illustrating the win-win potential of co-operation projects in the field of vocational education and training that involve German partners.

The BRICS countries in particular strive to diversify their economy in order to be able to offer their young generation adequate employment. Development strategies include the expansion of the manufacturing industry as well as the increased establishment of high-quality service industries. Promising business opportunities also lie e. g. in the renewable energy sector, the construction sector and the healthcare sector. The further expansion of those sectors calls for qualified staff, though. These goals cannot be achieved without corresponding education measures. Governments and enterprises therefore agree that vocational education and training must become an integral element in their long-term economic strategy.

Unfortunately, in many countries the social consensus regarding the high value of systematic vocational education and training is far less pronounced than in Germany. Many governments are highly committed and heavily invest in promoting widespread acceptance of vocational education and training amongst the population and firmly establishing it in the public perception as a sound basis for professional career development and social participation. Yet to successfully implement these plans, it is important that a thorough professional qualification does not come to an occupational or social dead end, but rather that attractive jobs, career opportunities and promotions and the corresponding salaries and wages should be available.

The embedding of demand-oriented solutions into national contexts mainly requires the creation of jobs and apprenticeship placements by way of actively involving the businesses, so that students can be integrated into real work processes and the value chain from an early stage. A resounding success requires the increased efforts on part of the domestic businesses. If they were to become a driving force of education reform in their respective countries, they could influence and shape not only their own economic boom, but also that of their countries. This in turn requires appropriately equipped education centers, modern curricula, a cross-company training provision and examination standards that are based on the respective occupational concept in addition to occupation-related pedagogic qualification of teachers and trainers.

The Indian government makes a point of finding action- and market-oriented know-how specifically in Germany and cooperates with iMOVE, the export initiative of the German Federal Ministry of Education and Research. iMOVE aims at promoting international collaboration and the initiation of cooperation and business relationships in vocational training and continuing education.

In 2015, for example, iMOVE issued an invitation to bid on behalf of the Indian Ministry of Skill Development and Entrepreneurship (MSDE) for the training of vocational education and training personnel to raise the quality of training at the public Industrial Training Institutes (ITIs). The bfz – Training and Development Centers of the Bavarian Employers’ Associations gGmbH were awarded the contract for the qualification of Indian master trainers in the areas of welding and mechatronics as part of a three-year project. The bfz’s Indian partner institutions are the Foremen Training Institute (FTI) and the Apex Hi-Tech Institute (AHI) in Bangalore.

The partnership comprises the development of curricula for the Indian Master trainers by the bfz as well as specialist training in theory and practice for Indian master trainers in Germany. These training elements aim at Indian trainers developing their own courses for colleagues upon their return to India and at independently integrating new technical and methodological information into their courses. In order to ensure the quality and the sustainability of this effort they receive supervision and support from bfz trainers for three years. For the implementation phase of the project, the bfz developed an internet platform to facilitate the communication of the partners. An additional scientific analysis of the project will complement the training partnership.

iMOVE services include a multilingual database which contains the business profiles of more than 200 German training providers and an interactive B2B marketplace where interested parties worldwide can publish their training demands and requests in order to find a suitable German partner. Since 2011, iMOVE maintains an office in Delhi. It directly provides interested parties with information on opportunities for cooperation with German training providers and, in turn, advises German providers in their search for Indian partners. 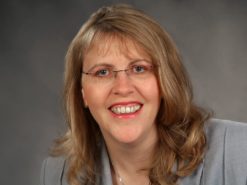 Ms. Silvia Niediek M.A. works as a research associate and conducts the press and public relations operations for the initiative iMOVE (International Marketing of Vocational Education) of the German Federal Ministry of Education and Research at the Federal Institute for Vocational Education and Training. Additionally she works as iMOVE’s VET Export Advisor North America. Her work experience includes several years as a journalist for various print and TV media and as a public relations consultant for private and public institutions. She studied English, German and Political Science at the University of Cologne and at the University of California, San Diego, U.S.A. Ms Silvia can be reached at niediek@imove-germany.de

Partnership in VET: Trade Union participation in the governance of the dual system in Germany

The Chamber of Commerce and Industry (CCI) : Guardian of the Holy Grail of the German Dual System of VET

The Chamber of Commerce and Industry (CCI) : Guardian of the Holy Grail of the German Dual System of VET