by Team NSN
in Industry, Reports
0 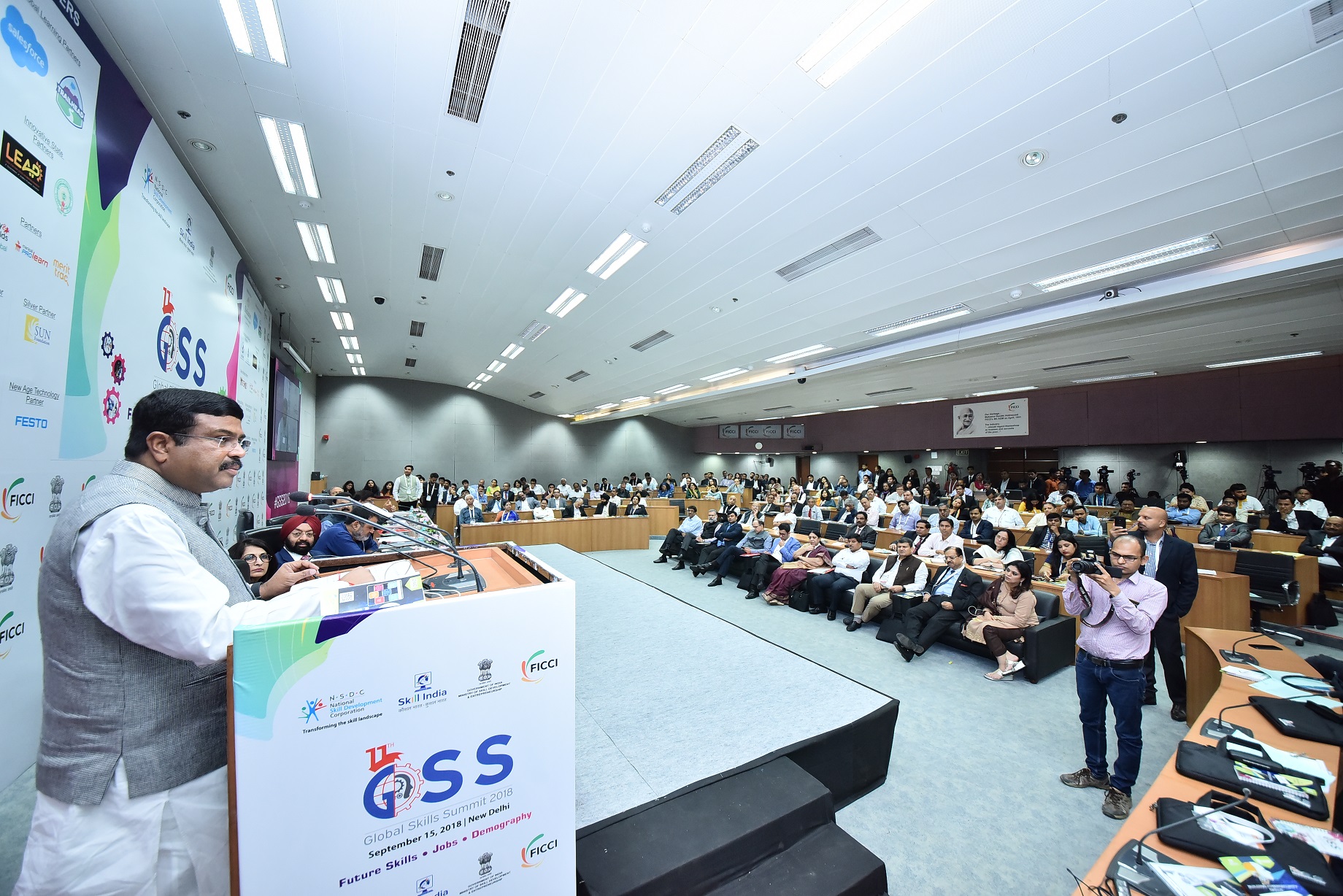 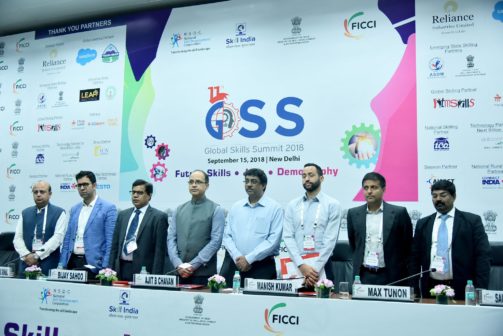 Few highlights of the GSS 2018 Summit 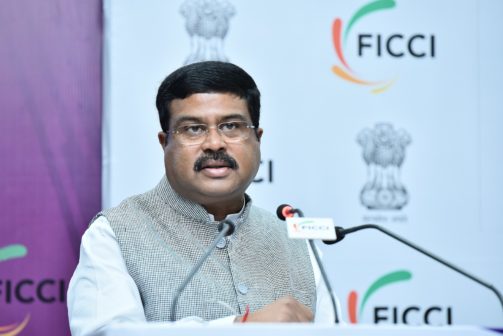 Mr. Dharmendra Pradhan, in his inaugural speech appreciated the launch of Reports on “Future of Jobs 2.0 – a Primer” and “Employer-led Models of Jobs” and witnessed the change of LOIs between FICCI and Salesforce, FICCI and ASDM and ASDM and IPSE. He also distributed certificates to some of the PMKVY trainees and participated in the proceedings by sharing his views. He said that technology and innovation are creating different kinds of jobs and we should be skilled enough to meet the requirements for being a global workforce. Citing the example of Japan’s ageing population, he said that people from India should be skilled and trained to explore job opportunities in such countries. Regarding job creation, he exhorted the youth to avail MUDRA loan and explore other schemes for funding their startups and taking the route to entrepreneurship. 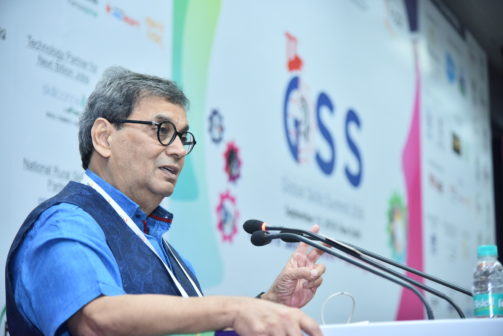 Mr Subhash Ghai exhorted every child to develop his/her skills at an early age. When he started his film school in Mumbai he wanted to setup an Institute for skill education. He said that he was inspired by American system of education which focused on practical learning and skills and it was compulsory for students to go in for an elective from the Arts. He also spoke about the need for training the teachers to help right application of knowledge for problem solving. He mentioned that there are 3 lakh unemployable MBA graduates who don’t get selected anywhere and fixing the unemployability issue was a bigger challenge.

Manish Kumar, MD & CEO, National Skill Development Corporation, said “NSDC in collaboration with its Sector Skill Councils (SSCs), other industry partners and international organizations such as NUS-ISS and Singapore Polytechnic, is working towards the development courses which are internationally recognized. Our endeavour is to accelerate skilling and increase employability of the youth for opportunities not only in India but in markets abroad as well; and support emerging technologies with skilled workforce at the same time.” 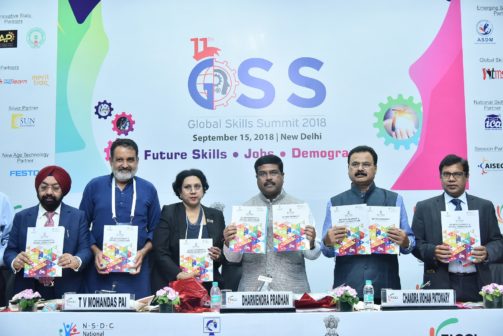 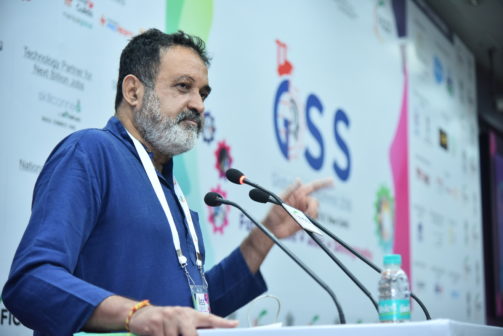 Mr. Mohandas Pai elaborated on the issues surrounding future skills and demography and how the age of technology, AI, robotics is going to change the way we live and work.  He also mentioned about the rise of Asian countries and the need for preparedness through skills to make the most of new technologies. He said there are three kinds  jobs: 1.Jobs that use brain they are logical and creative which cannot be done by robots and will remain 2.Lower level jobs like waiter, hairdresser etc., are cheaper if humans do 3. Rule based and jobs that are repetitive can be done by machines, robots and software algorithms. Giving an overview of the changing landscape of jobs he said that the USA has lost 10 million jobs due to automation and Japan is facing different problems due to ageing population. And in India, there is huge migration of youth to go where the jobs are. 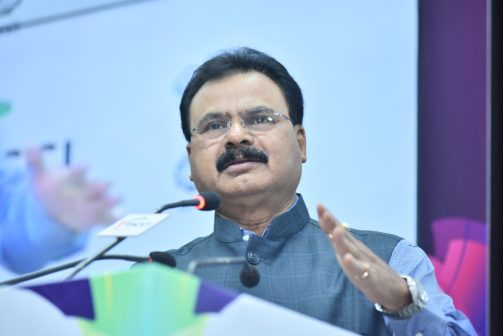 Mr.Chandra Mohan Patowary pointed that Skill development in the country today should be industry-oriented. He agreed with the point made by Subhash Ghai about making training providers knowledgeable and said that there’s little value in formal degrees like B.A and M.A and hence it is imperative to create awareness about skills for jobs. Referring to his visit to the USA where he was requested to experience the driver-less cars, he said that he refused to even think of such a possibility in India since we need more jobs and being a car driver is one of them. He mentioned that Assam is trying to partner with Korea and Taiwan for floriculture and to take opportunity to work with South East Asian countries. 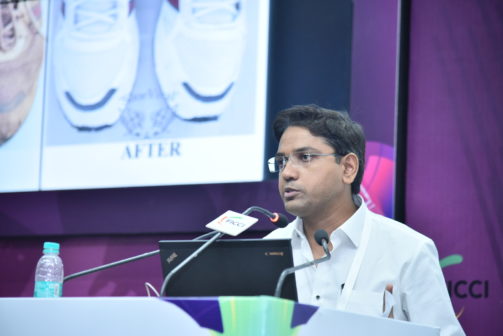 Mr Sandeep Gajakas’, innovative company. The Shoe Laundry, was the highlight of the session on Employer-led models of job creation. He talked about a new service that can deliver great results. They have developed a process, training and system that can be scaled up for a large number of people. Shoe laundry is a physical manifestation of what he wanted to do to train young men and women who have no background in footwear and cleaning etc. He said they have a centre in Guwahati where 50% of franchises are women and they are also working overseas. 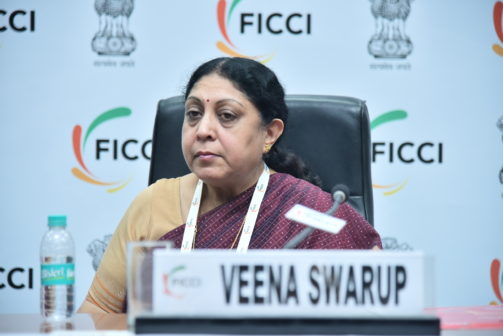 Ms Veena Swarup, Former Director HR, EIL, shared the context in which the report on “Employer-led models of jobs” was created by bringing insights from different sectors amounting to about 70 models. The report is focussed on those models that are not very well known, there are some unique out of the box models which could be replicated in the job scenarios. She said this report could be a reference point for the government, academia, skilling agencies and job seekers. She said they have focussed on three areas that need to be explored namely investment in health, education and social sectors, investment in infrastructure development, adoption of new methodologies, skilling and upskilling and innovation The sectors covered are agriculture and agro waste, manufacturing, services, social innovation and enterprises, and ‘one of its kind’.

Mr Sunil Jose, Country Head, Salesforce talked about their online platform “Trailhead” for skill development which was free for all He observed that today still 80% of people don’t match the skillsets required. Salesforce’s ability to go back and influence the young people and skill people is very high he said. Based on a survey he quoted that salesforce has created 3.5 million jobs worldwide 1.1 million in India. This platform allows you to have not just hard skills, technology but also soft skills.

In the age of digitalization and automation, how the jobs are undergoing radical changes and how it would impact the blue-collared workforce was a recurring theme in all the presentations. Particularly the discussion on apprenticeships and reskilling brought to the fore the incentives for the industry to engage apprentices and the need for promoting reskilling to keep pace with the future.