100 not out! Hunnarbaaz, India’s only Skill based show hits the milestone of 100 episodes!

by Guest Author
in Events, News

It was a journey which began in 2014, with a vision to bring to audiences India’s first ever television show on National Television which would highlight skills and career opportunities and feature real life success stories, inspiring celebrity and iconic participation and challenging competitions to create awareness about skills and entrepreneurship in India. A show that would spread awareness about the opportunities available to the youth even if they have not had the benefit of higher education but if they are keen to acquire a skill that would make them job-ready.

And today, as Hunnarbaaz! Mission Skill India, powered by Skill India Mission, celebrates the achievement of having hit a century in its fourth season,  it has become a top rated day time show on Doordarshan as well as an innovation partner of the National Skill Development Corporation (NSDC). The show is produced by Cinema Vision India, which has to it’s credit the hugely successful series Surabhi, which ran for 10 years on DD.

Mr Siddharth Kak, Producer and Host of the show, describes the journey aptly, “ I believe in positive journalism, and that has always reflected in my work, whether it was Surabhi which brought out the creative skills of the people or the show Bhoomi which spoke of environmental issues. Hunnarbaaz was a new journey in this exploration looking at the positive energies in bringing dignity to labour, dignity to work and in showcasing not just creative skills but skills that offer livelihood. “ 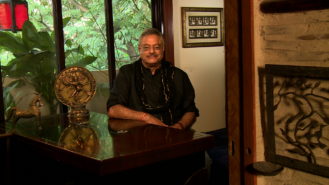 He further adds, “ thanks to the National Skill Development Corporation and the Ministry of Skill Development & Enterpreneurship, one has come to realise and understand the power of skills. The Skill India Mission aims to transform lives which appear hopeless, to offer a ray of hope to the underprivileged and to the marginalised to live with dignity and self respect and in particular, to eliminate the tyranny of education in estimating one’s self worth.

In this journey Hunnarbaaz has showcased not only some amazing stories of achievement across different skills, entrepreneurship, but also many schemes and opportunities for young people available in the skilling ecosystem for changing their lives in simple steps which take not years but weeks. For us the 100th episode is an indication that we are perhaps on the right track and that there is a need for such programmes to bring the government, industry and the people together in a massive public -private partnership.

We feel that Hunnarbaaz is a catalyst for social transformation in India and the continued support of the Skill India Mission and the Corporate and Public Sector with names like NSDC, LIC and BIRAC ( The Biotechnology Industry Research Assistance Council) is a recognition of the ethos of the show. DD National’s support as a Public Service channel has been instrumental in this endevour. By bringing in role models like Sachin Tendulkar, Sonakshi Sinha, Vivek Oberoi, Gul Panag and Deepa Mallik to highlight the importance of skills, we hope old thinking will also begin to change. “

“We are also thankful to the Khadi and Village Industries Commission and  JCKRC for their support in the form of their attractive weekly prizes for our viewers, and to Jyoti Laboratories and P&G for their support for the earlier seasons of the show.” 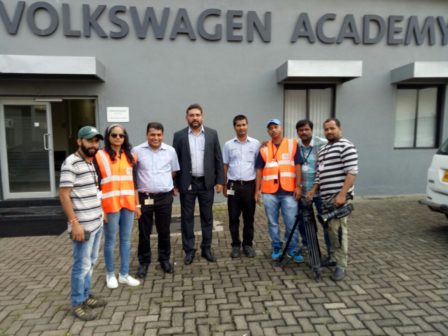 Over the last four years, the show has put the spotlight on various institutes which are providing job-oriented training to the youth, improving the skilling ecosystem of India. While the training efforts of Corporate giants like Larsen & Toubro, Maruti Suzuki, Volkswagen, Tata Motors, Tata Strive, Welspun, Siemens, GE, SBI Card and Vivo Healthcare have been featured on the show, the PSU’s such as Hindustan Petroleum Corporation, Hindustan Copper Limited, Indian Oil Corporation have also been covered extensively.

Most rewarding though are the stories of the youth themselves who have refused to let poverty and their backgrounds hold them back, taken the initiative to undertake skill training, find employment and a better standard of living.

Constant support and guidance from the various Skill Sector Councils have helped in covering the many different sectors where training is available extensively.

The team has also travelled to Russia, Switzerland and Germany to explore the skill ecosystems there and unearth what India could learn from them.  As such, the 360 approach to skill and skill training has remained the USP of the show, which is reflected in the appreciation and praise from various stakeholders. Click here to download the brochure.

In the current Indian television scenario, where high drama reality shows and daily soaps jostle for TRPs, Hunnarbaaz is truly a show that stands out. And with continued support of the viewers will continue to do so!