First ever Indian Institute of Skills to come up at Kanpur, Uttar Pradesh

by Meghana Lanka
in Events, Government

19th December 2016 was a landmark day for Skill Development and Vocational Training in India. Honourable Prime Minister Mr Narendra Modi laid the foundation for the first ever Indian Institute of Skills at Kanpur, Uttar Pradesh. On the lines of the Singapore’s Institute of Technical Education, the institute would base its curriculum and adopt best practices from the Singapore’s Institute. The Ministry of Skill Development and Entrepreneurship plans to set up six more institutes in different states in the coming years.

In the event held on the Railway Grounds, Kanpur, the Prime Minister also inaugurated the Kaushal Pradarshini (Skill Exhibition) for the youth of Uttar Pradesh. The Exhibition showcases state-of-the-art vocational training practices across different sectors, and will remain open for public view between 19th to 22nd December.

Other highlights of the function included: 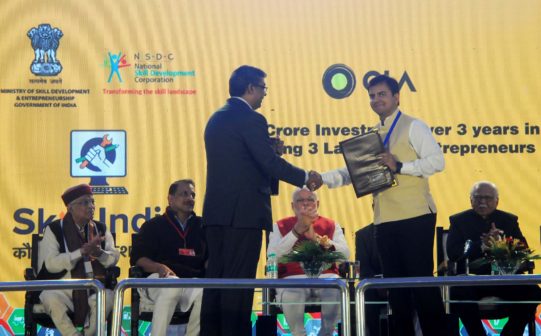 Prime Minister had shown concern about the training of drivers so to achieve his dream Ministry has decided to open up 100 Driver Training Institutes all across India soon. NSDC has signed a MoU with OLA cabs. OLA cabs need 1 lakh drivers and we will ensure we provide trained drivers.

The Prime Minister had announced “National Apprentice Promotion Scheme” in the State where the State Government has a major role in its successful implementation. There are only 23000 private companies that are engaged in apprenticeship across the country. It is MSDE’s endeavour to encourage State Government support and ensure engagement with more corporates on apprenticeship trainings. This is one direct way of bridging the gap between the potential employee and the employer and has models under Apprenticeship training has benefited economies of many countries. The financial year target for 2016-17 is to ensure enrolment of 5 lakh apprentices at least across the country. 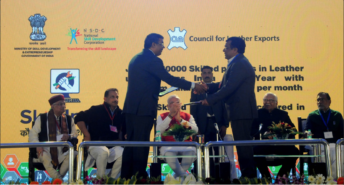 Ministry of Skill Development and Entrepreneurship (MSDE) has plans to open one Pradhan Mantri Kaushal Kendra (PMKK) each, in each district of the country creating opportunities of growth for the youth locally and the launch of some 31 PMKKs was announced by Shri Modi at the event today. Pradhan Mantri Kaushal Kendras are iconic state-of-the-art skill development centres with modern infrastructure to facilitate skill trainings in the country. 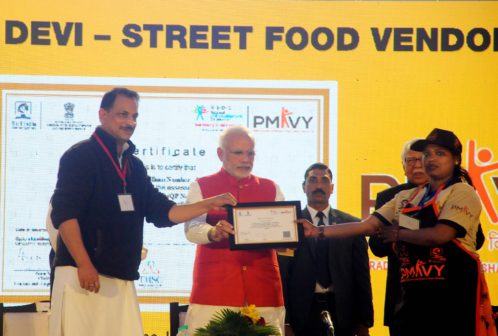 MSDE also has plans to felicitate skilled candidates who have been trained under Pradhan Mantri Kaushal Vikas Yojana (RPL) in Kanpur where the Prime Minister himself distributed skill certificates to Street Food Vendors, Leather industry Workers under the recognition of prior learning program of the government. This program helps in assessment of the existing work experience of a person and certifies him on his current skill-set basis the National Skill Qualification Framework approved by both the industry and the government of India.

(This article is based on a Press Release from MSDE, Government of India)

ASCI ties up with Agriculture, Veterinary & Fisheries Universities across India

ASCI ties up with Agriculture, Veterinary & Fisheries Universities across India

Meet this NTTF B.Voc alumnus who embarked on a successful entrepreneurial journey

How Intercell is pioneering mentoring through a virtual platform