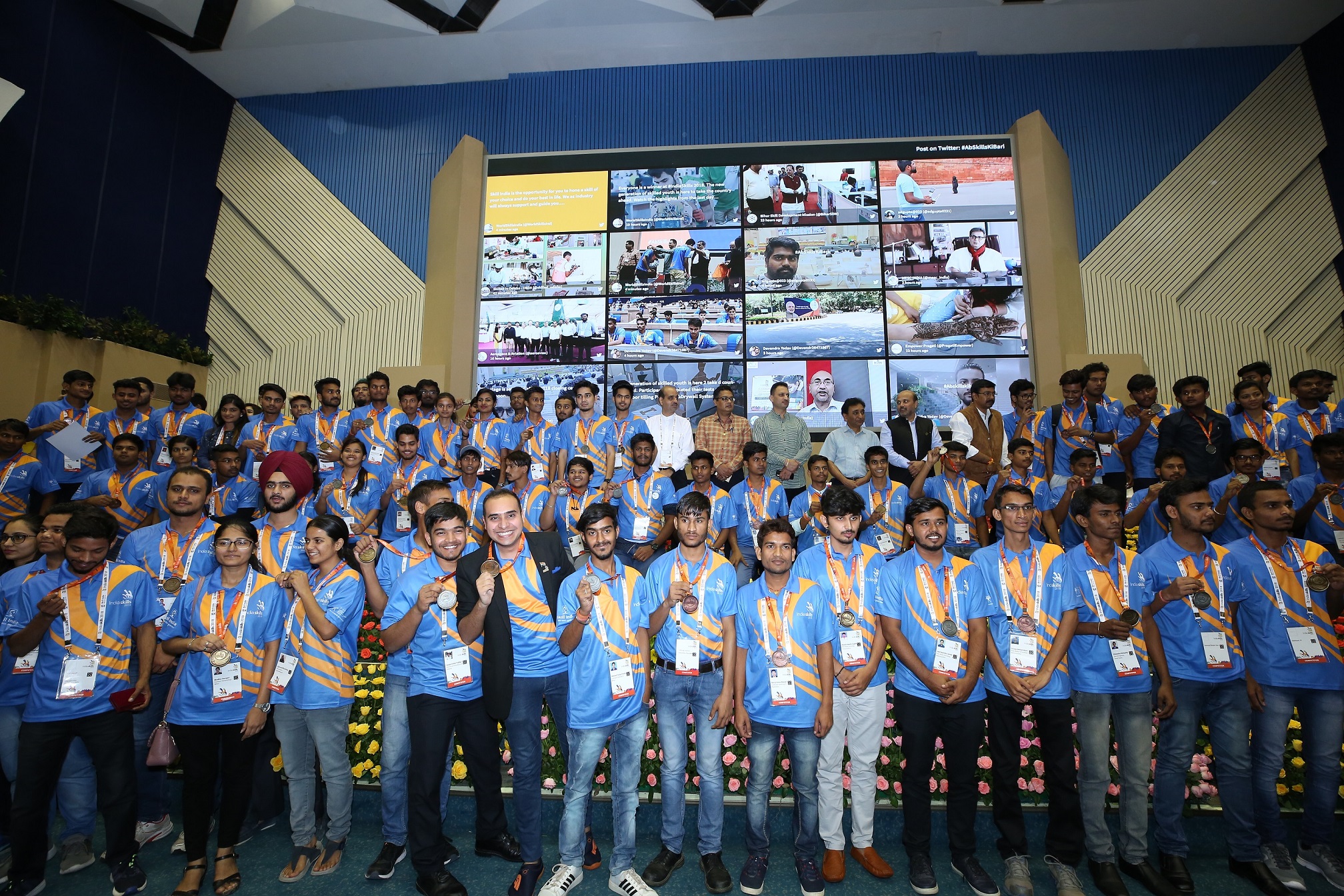 More than 400 competitors from 27 states displayed their skills in 46 skills, 7 traditional skills and 4 demo skills, before experts and jury members. More than 15,000 visitors attended the IndiaSkills 2018 competition. A total of 164 winners were awarded medals in their respective skill categories. Of these, 45 won gold medals, while 47 won silver and the bronze medal went to 43 winners. Maharashtra topped the medals tally with 23 medals, followed by Odisha, which had 21 winners. Karnataka and Delhi came third with 16 medals each, while Chandigarh finished in the fifth position with 12 medals.

Congratulating the winners, Shri Anant Kumar Hegde, Minister of State, Ministry of Skill Development & Entrepreneurship, said, “I want every participant of IndiaSkills 2018 to be happy for setting the high benchmarks in skilling. It is easy to win any competition against your peers, but you need to be consistent with your skills and approach to keep winning in life. This is just the beginning to a new life with new dreams that awaits you ahead. Education gives us knowledge, but skill development will help you earn your livelihood. Your skill is your life, live it with pride. The winners of IndiaSkills 2018 will be the flag bearers of the tricolor at the WorldSkills in Russia next year. I urge you give your best and win many more laurels for the country. To the other participants, you made to the Nationals and that makes your champions as well in in your respective regions. Each and every one of you is a winner in the eyes of the country.” 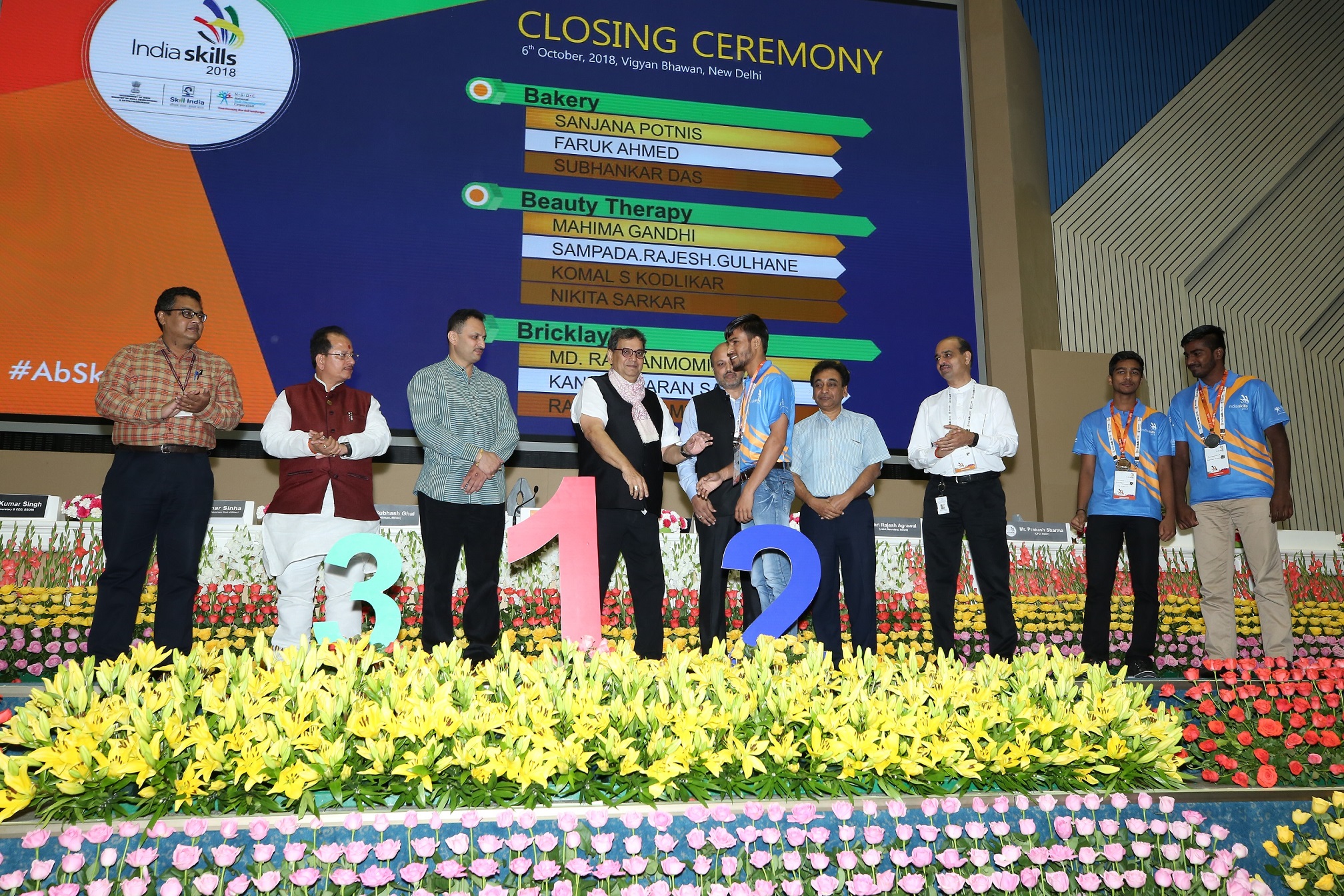 Filmmaker and Chairman of Media and Entertainment Skills Council (MESC), Mr. Subhash Ghai, spoke about his journey to becoming a successful producer and director of several Hindi films. “Be a jack of all trades and master of one. Each one of our youth is creative but it just that we have not been nurtured in the best way and our talent has not been harnessed in a formal environment. Skill India is the opportunity for you to hone a skill of your choice and do your best in life. We as industry will always support and guide you.”

More than 50,000 youth had registered for the IndiaSkills 2018; 500 competitions were held across 3 months at the district and state level. In keeping with the norms of the WorldSkills International competition, each skill category has three winners of the Gold, Silver and Bronze medals. A new addition has been the Medallion of Excellence that was awarded to competitors who have scored more than 700 marks. An interesting feature of IndiaSkills 2018 has been the introduction of four new skills. Referred to as Demo Skills, these categories are Hotel Receptionist, Cyber Security, Cloud Computing and Water Technology, skills that have been included with an eye for preparing the youth in future-ready professions.

IndiaSkills saw a huge support from corporate India, with Ola awarding a cash prize of Rs. 20,000 to the Gold Medalist in the Autobody Repair and Automobile Technology category. Axalta Coating Systems gave away a cash prize of Rs.25,000 for Sustainable Practice Award in Car Painting. The event also saw Paytm awarding insurance up to Rs. 1 lakh to all Gold and Silver medalists for IndiaSkills trades.

Apart from skill competitions, the event also hosted several engaging initiatives such as career counselling, skill exhibition and try a skill among others for the youth. Numerous other events such as the State Ministers Conference, Skill Conclave, and Industry Round Table were also organized on the sidelines of the skill competitions.

MSDE, in close conjunction with Industry, will work towards preparing the winners on best practices before they head to the 45th WorldSkills Competition at Kazan, Russia in 2019. India won 1 Silver, 1 Bronze and 9 Medallions of Excellence and ranked 19th among 56 countries at the last WorldSkills 2017 in Abu Dhabi.