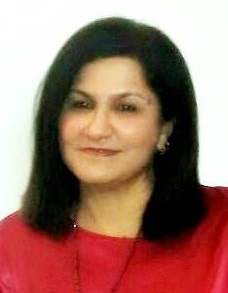 On this high note, let me start this short dialogue between us on the status of women in India today. If we travel back in time to the Vedic period, we observe that the status of women then was a complete antithesis to their condition today. Women had the freedom to take their own decisions in different spheres of life; a husband and wife were considered the joint heads of the household. Women clearly enjoyed a respectable position in society.

So, then what happened to get us where we are today? Few factors that contributed to the decline in status in post-Vedic period were: foreign invasions, imposition of Brahmanical rigors on society, evolution of a rigid caste system and the joint family system. The lowest point for us was the Medieval period (1500 AD), where the situation deteriorated and the shackles tightened further. Coming back to the present, centuries of conditioning and vested interests at different levels in society have ensured that gender inequality remains strong in India, despite economic growth.While, we have an evident need for policy initiatives and “re-programming of the societal mind,” the question we need to ask ourselves is what can WE do at individual levels to hasten the unshackling process?

We have to fight our own fears, inhibitions and step out into the world with the belief that “We CAN, if we THINK we can. This battle has to be fought at the mental level first as our brains are hard wired to believe that we are weak- but we do possess considerable mental muscle and can put it to good use, and let’s not get crippled by the need to be perfect – It prevents us from taking action. We often wait to be perfectly ready before we start.  The world didn’t end just because you messed up!

The comradeship between women needs to be strengthened as well – as it is often a woman who stands up against another woman. I will refrain from male bashing here as I strongly believe that a mother also contributes in instilling the “Male superior” attitude during the formative years of a son growing up into a bigoted adult male. So, let’s find ways to advance each other, and surmount gender bias. While it will take time for society to change the way it thinks, nothing stops us from freeing ourselves from our mental shackles and moving ahead – Head held high and the mind without any fear. And I end our dialogue with, “You go Girl……….Be the Heroine of your own life”