The Ministry of Skill Development and Entrepreneurship (MSDE) held the National Conference of State Ministers on Skill Development & Entrepreneurship on 27th April 2018 in Delhi. The event saw announcement of several schemes to strengthen ITIs and skill-based training program at the state level. With participation from more than 90% of the States, the discussions focussed on building a robust framework for accelerating and scaling skilling initiatives at all levels.

Some of the key announcements included 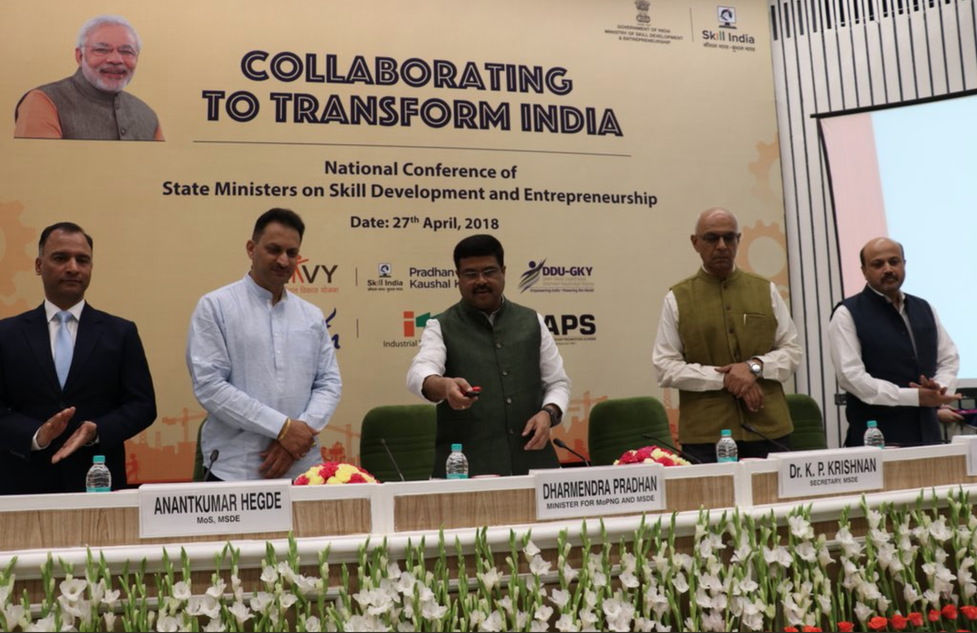 “Industrial Training Institutes played a vital role in economic development of the country, especially in terms of supplying skilled manpower to industries. We have focused extensively on modernization of our institutes. It is our endeavour to establish at least one ITI in each block of the country by end of 2018”, Shri Dharmendra Pradhan has said.

Addressing the State representatives, Pradhan said, “Vocational Training is a concurrent subject and thus it is imperative that Centre and State governments work closely to ensure a paradigm shift in addressing the issues relevant to skill development and identify the gaps in skill development, so as to achieve the objectives in terms of quantity, quality, outreach, and mobility while building this largest human resource exercise that we have undertaken. The States should align themselves to reforms being done to our central initiatives like Pradhan MantriKaushalVikasYojana (PMKVY), Pradhan Mantri KaushalKendras (PMKK), Recognition of Prior Learning (RPL) and National Apprenticeship Promotion Scheme (NAPS).”

The conference witnessed the launch of new courses for ITIs for India’s youth, as an endeavour to promote emerging skill areas such as Artificial Intelligence, Virtual Reality, Robotic Process Automation, Internet of Things, Robotics, Big Data Analytics, 3D Printing, etc. which would be in high demand globally in the coming days. Keeping this in mind an MOU was signed today between Director General of Training (DGT) &National Association of Software Services Companies (NASSCOM) for enabling Skill Development & Continuous learning for ITI trainees & trainers.

MSDE also announced a Self-Grading exercise for ITIs to provide “Star Rating” to each institutes to ensure quality assessment of ITI and a healthy competition between them. 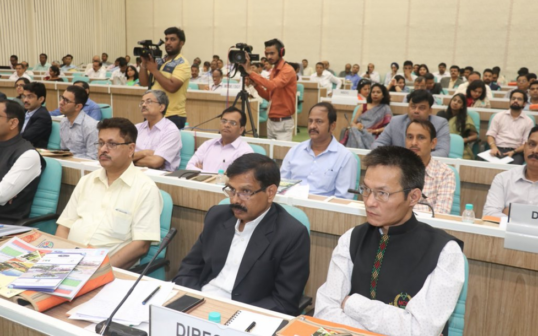 MSDE also today commenced its partnership with Ministry of Home Affairs which has “Surrender-cum-Rehabilitation Scheme for Left Wing Extremists”, where surrendered Left-Wing Extremists can take admission in an institute and they are supported with stipend amounting uptoRs. 6000/- per month for a period of upto three years. It has been found that most of such people do not have requisite qualification for getting admission in Industrial Training Institutes. MSDE has realized this situation and accordingly relaxed the entry qualification by tweaking the existing Craftsmen Training Scheme, so that they may secure gainful wage or self-employment after acquiring skill in ITIs. Shri Pradhan today presented the offer of admission to two such beneficiaries at the event.

Urging the States to take the mission to the last mile, Shri Hedge said, “We have introduced an array of schemes and initiatives today, but the real results will only be seen when they reach the masses. Our endeavour both at the Centre and State level should result in transforming the life of the person living in the last mile. Only Skill development can change the future of the country.”

A common portal under National Apprenticeship Promotion Scheme (NAPS) at http://apprenticeshipindia.org was also launched to integrate all apprenticeship training under both designated and optional trades. The new portal will provide all the stakeholders a uniform user experience with customized dashboard to respective user requirements. It will have more automated modules with minimal outside intervention.

The conference witnessed discussion between the Central and the State Governments on the critical need for scaling up concerted efforts to enhance skill development in India, in the context of the country’s transition to a knowledge-based economy, through the creation of a professional skilled workforce. Governmental efforts, especially in the recent past, in the arena of skill development through various schemes and programmes, management structures and processes, and the challenges encountered within these initiatives were discussed at the day- long session held with the States.

Leading from the front: How Deshpande Foundation pioneers excellence in skill development

Leading from the front: How Deshpande Foundation pioneers excellence in skill development