by Pratyusha Tripathy
in Events, News

To unleash the talent in ITI students, Tata STRIVE, in collaboration with Odisha Skill Development Authority (OSDA), organized a five-month-long idea war for the students from the government ITIs Odisha. ITI SPARK, the one-of-a-kind competition, was conducted from 2nd June to 10th September 2021 in which 1200 students from 49 ITIs have participated. The students were divided into 80 teams and they participated in 99 matches for which the major themes were Sustainable Development and Vocal for Local in which four teams were declared as winners.

On 29th October 2021, the ITI SPARK competition’s closing ceremony was held at India’s first World Skill Centre in Bhubaneswar, Odisha. The major goal of this event was to celebrate the competition winners while also motivating the other competitors for their exceptional efforts and inventions. The session was initiated by Ms Sanjogita Mishra, Senior Manager – Special Projects (Odisha State), Tata STRIVE who welcomed the guests. She went over the program’s itinerary and encouraged the dignitaries to go on a gallery tour before the presentation.

The event was attended by hundreds of participants and was graced by the presence of many dignitaries including Mr Subroto Bagchi, Chairman, OSDA, Ms Anita Rajan, CEO, Tata STRIVE and Mr Hemant Sharma, IAS, Principal Secretary. Ms Anita Rajan attended the event virtually.

The ITI SPARK journey was revealed to all through a presentation where the students recounted their experiences with the five-month-long competition and their entire experience of studying in an ITI after the gallery walk, when the winners presented their creations built on sustainable local items. 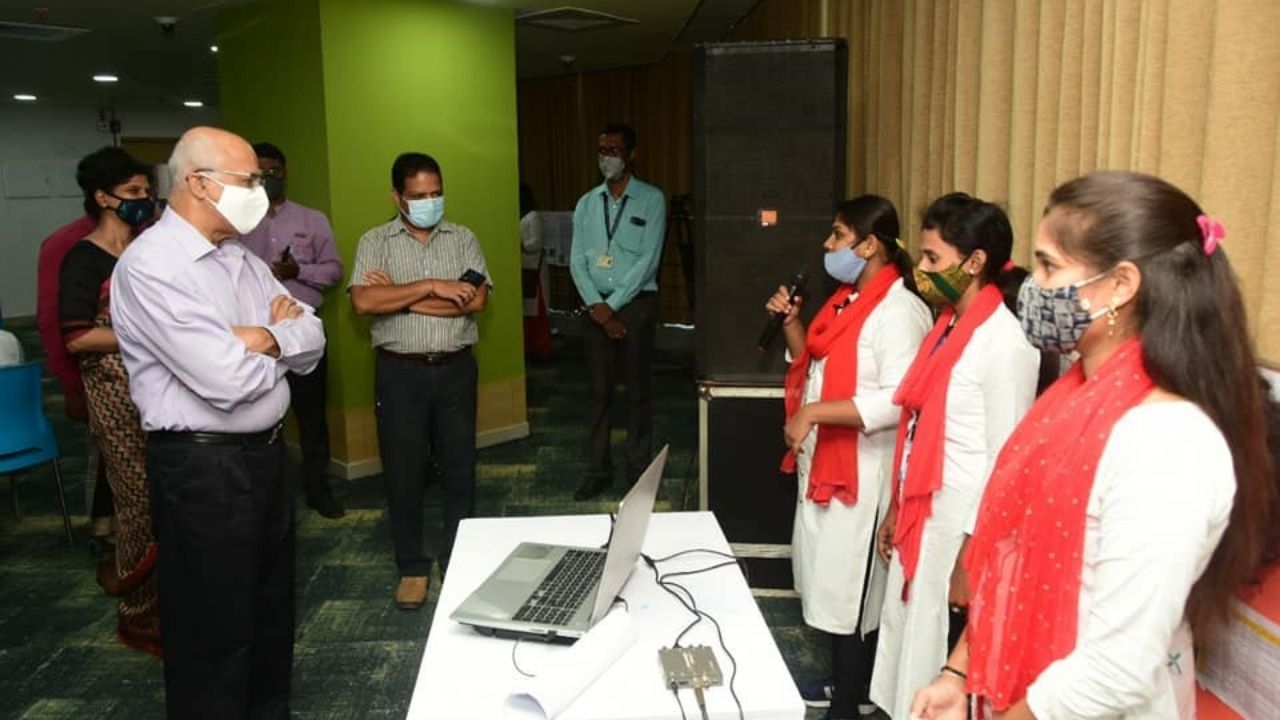 Team ‘Seekers’ performed a street show on “Save Water, Save Lives” in collaboration with UNICEF. Students from Government ITI Shergash and Government ITI Purushottampur were a part of the team.

The felicitation event began after the students’ street show and the certificates were distributed to the four winning teams. Team ‘Crazy Gang’ from ITI Purushottampur, Rayagada, Barbil, and Phulbani received certificates from Mr Subroto Bagchi, Chairman, OSDA. TCS also awarded the team with certificates for participating in their Go IT programme. Mr. Hemant Sharma, IAS, Principal Secretary, presented certificates to the ITI Raurkela team ‘Progressive Panthers.’ The award and accreditation were also given to ‘Team Avengers’ from ITI Cuttack and Bargarh and ‘Team Seekers’ from ITI Raurkela, Cuttack.

After the felicitation, eminent speakers have extended their greetings to the students.

Through a video conference, Ms. Anita Rajan, CEO,Tata STRIVE, addressed the students and the audience. She mentioned in her address how outstanding the student presentations were. She also applauded the students for their eagerness to learn new skills such as problem solving, strategic thinking, and marketing, which will enable them to attain greater success in life.

Mr. Hemant Sharma, IAS, Principal Secretary extended his gratitude to Mr.  Subroto Bagchi for accepting and attending this event. ITIs, he noted, bring in the best faculty and equipment, as well as outstanding programmes. Mr. Hemant stressed the importance of collaborating with the private sector in order to expand the ITI.

Mr. Subroto Bagchi, Chairman, Odisha Skill Development Authority (OSDA) addressed the gathering and congratulated the students for their outstanding innovations and performances. He praised the dedication of the team members, who were the driving force behind the creation of the ITI SPARK skill and innovation competition. He reaffirmed the goal of OSDA’s foundation and emphasised the notion that skill can and should transform a person. He also encouraged the students to obtain the necessary skills in order to become empowered. He also spoke briefly on India’s first-of-its-kind World Skills Centre (WSC), which provides skill training to ITI and Polytechnic students in order to prepare them for the international market.

Also read: Why agility and forward-looking outlook are critical to scale and sustain skill development? https://www.nationalskillsnetwork.in/why-agility-and-forward-looking-outlook-are-critical-to-scale-and-sustain-skill-development/

Mr. Avinash Patnaik, Change Leader, Government ITI, Hirakud, expressed his gratitude to all of the participants who actively participated in the event, as well as the trainers and change leaders from the government ITI ecosystem who encouraged and guided the learners to participate in the event and the dignitaries who attended and helped to make the event a success.