by Sahitya Karra
in Events, Industry
1

A couple of decades ago, women in welding was a rare phenomenon. Though Indian welding industry always welcomed women to enter the professional arena of welding, the notions associated with welding as not-so-suitable job for women never encouraged most of them to get into this field. But thanks to companies like Kemppi which broke the barriers and transformed the welding workstations to pleasing environments. And the advancements in technology, the machinery and other tools used in welding that helped and encouraged more women in taking up the welding job and in addressing the cultural and gender gap that has so far been there in the welding industry in India.

Kemppi India and Nextgen plasma in association with the Indian Institute of Welding (IIW-India) started its second season of National Best Welder Competition for Women on November 2, 2019 at Kemppi Robotic Solution Centre, Pune. The competition is held every year as an initiative towards inspiring and enhancing the skill of woman welders across India. The National Best Welder Competition for Women is held under the categories of Best Structural Welder, Best Pipe Welder and Best Student Welder. This year the competition is held in 4 major cities, each catering to a region. The cities are – Pune in Western Region, Delhi in Northern Region, Kolkata in Eastern Region and Chennai in Southern Region. 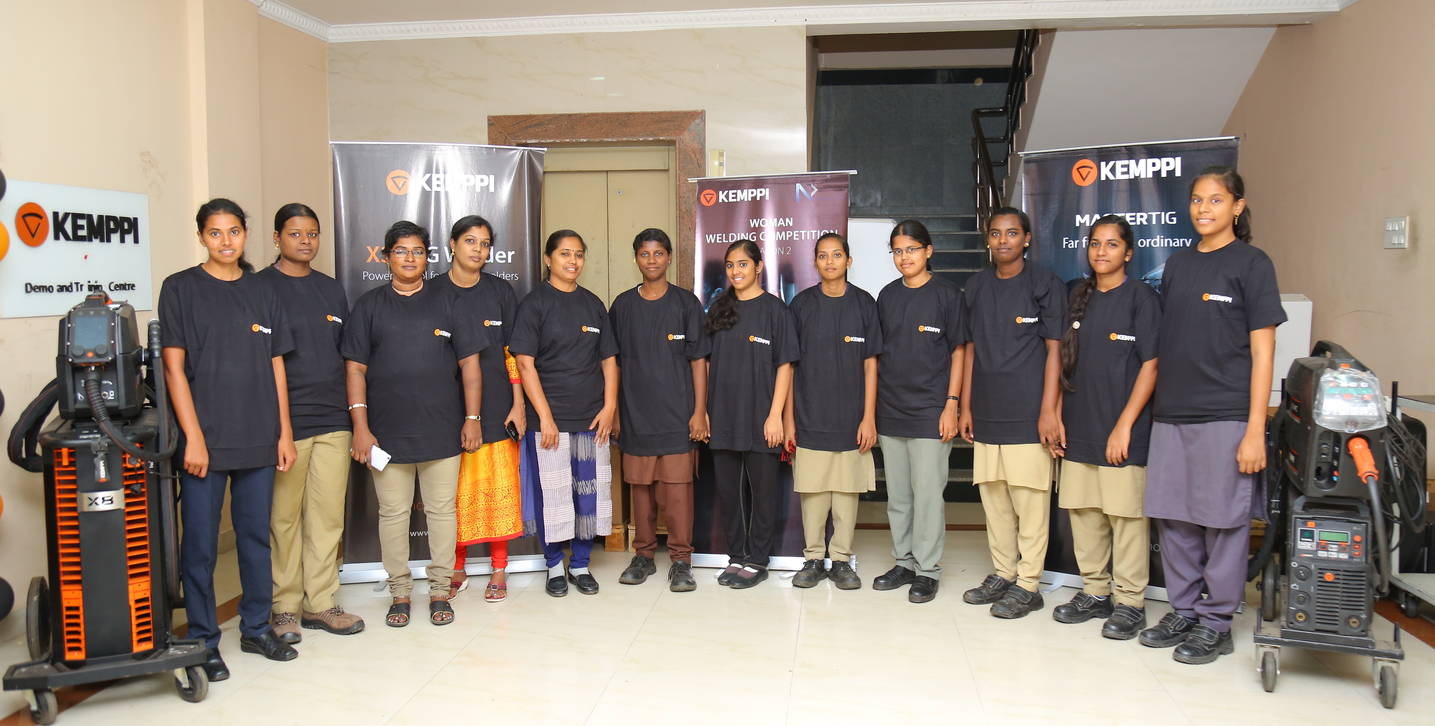 The Women Welding Competitions held by Kemppi saw women from various backgrounds. There were engineers, ITI graduates, faculty who teach welding and welders who are placed with big companies like Mahindra and Mahindra. We spoke to some of the participants from Delhi, Pune and Kolkata, on how they got interested into welding and what they look forward to for a career in welding.

When asked why they chose welding, Manisha Devi from Haryana, Sushmitha from Kolkata and Minakshi from Delhi expressed that they always wanted to do something different than rest of their classmates in the college, the rest of the women in their village and wanted to discard the notion of the job to be a man’s work.  Ritu Mugdal from Delhi and Aishwarya Das from Kolkata were inspired by other women in welding, who brought laurels for their organisations and themselves.

Meet the women participants who are breaking barriers through welding skills 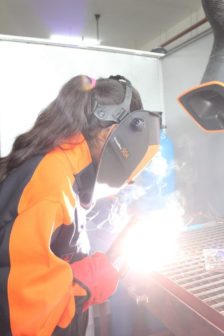 Kemppi India is actively involved in many skill development initiatives and women welding competition is one such unique initiative. In today’s times, women are more fascinated towards skill trades like welding, and Kemppi is playing a pioneering role. The introduction of easily operating welding materials by the company has replaced the old technology in welding ensuring personal protection. This ensures women passionate about welding to take up further studies and do advanced courses in the field of welding. Many participants were amazed to know the range of avenues and opportunities in welding through the women welding competitions held by Kemppi. Rani Mukherjee and Tasleema M from Kolkata told us that, even though they were interested in welding for a few years now, they weren’t aware of much of the opportunities in the domain of welding. “We have learned many new things in welding by participating in the Kemppi competitions”, says Aishwarya Das, a B.Tech Mechanical student from Kolkata.

There were some interesting answers from the participants, when asked what they would like to do in future to build a career in welding. Urmila Parekar from Pune wants to study underwater welding, Manisha Devi from Haryana wants to go for further studies in Robotics welding and Snehal from Pune would like to prepare for the American Welding society examination. Each of the participants were enthusiastic about welding and were driven by passion and interest towards it. It’s time many more women join the welding arena and the Women Welding Competitions like this will encourage women to take up jobs in the welding industry, there by supplementing to the demand of the industry as it has been facing a shortage of skilled workers in the recent times.

Youth to get equipped for the future with NASSCOM Future Skills