Team India created history by the best ever finish in WorldSkills Kazan 2019. The 48 member Indian team won one Gold, one Silver and two Bronze medals besides 15 Medallion of Excellence and made India proud.

With their glorious victory, the skill champions proved that nothing is impossible when you are willing to go longer, try harder and give more than anyone else. The way they secure the win, the hours of hard work, dedication and discipline that make them a winner is more important than the fact that they are winners.The winners set an example for everyone that the key to success in not the will to win, It is the will to prepare to win. Team NSN congratulates all participants for their excellent performance. Let’s meet the winners* and get to know them better…(Please note: This article has multiple pages) 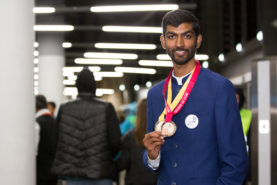 Father’s Occupation: Teacher The paucity of water on Earth, and the urge to do something about preventing this critical source from depleting motivated Aswatha to take up water technology as his skill. His love for industrial automation pushed him to win a gold at IndiaSkills 2018, and he hopes to not only replicate, but enhance his performance at Kazan. Aswatha has several achievements accredited to himself, the Award of Excellence in Industrial Automation training, 1st in Automated Robotics event (state level) held at IIIT Bhubaneswar, 2nd in DrishTI – Online Contest in Circuit Design & Digital Signal Processing held by Texas Instruments amongst a multitude of others. 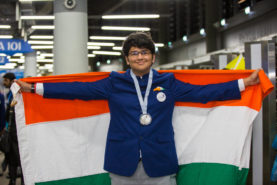 Father’s Occupation: General Manager at Razorthink Technologies At the age of 17, when most students are trying to manage school, Pranav from Karnataka managed to affix his place in WorldSkills Kazan. His fervour for IT can be traced back to his father’s profession, who is the General Manager at a leading Artificial Intelligence company. When most students play video games, Pranav was busy completing a three-month internship at Razorthink Technologies, aiding them in finding viable solutions to various technical issues. He has taken part in IndiaSkills three times, and each attempt featured him displaying magnificent capabilities. 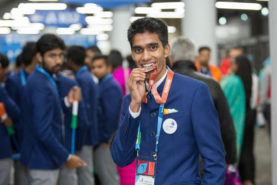 Father’s Occupation: Farmer Son of a farmer, Sanjoy has talent that is unmatchable. Coming from a humble background, Sanjoy has struggled to reach where he is today. From not having a permanent house to live in, to being the consecutive winner of IndiaSkills 2016 and 2018, his journey is the perfect example of where perseverance and dedication can take a person. He represented India at Global Skill Challenge, Australia and WorldSkills National France, where he stood 3rd and 2nd respectively. Having learnt the nitty grit ties of jewellery design, Sanjoy looks forward to using his acquired knowledge, to make his family, and the nation proud.

Father’s Occupation: Service Engineer Shweta has known her passion from a very young age – right from enrolling for art and painting classes since she was 8, to study at the National Institute of Design, Ahmedabad. Shweta considers herself lucky as she has found her true calling and passion and can follow that path. Apart from graphic design, she is fond of reading books and always seeking creative energy from them. 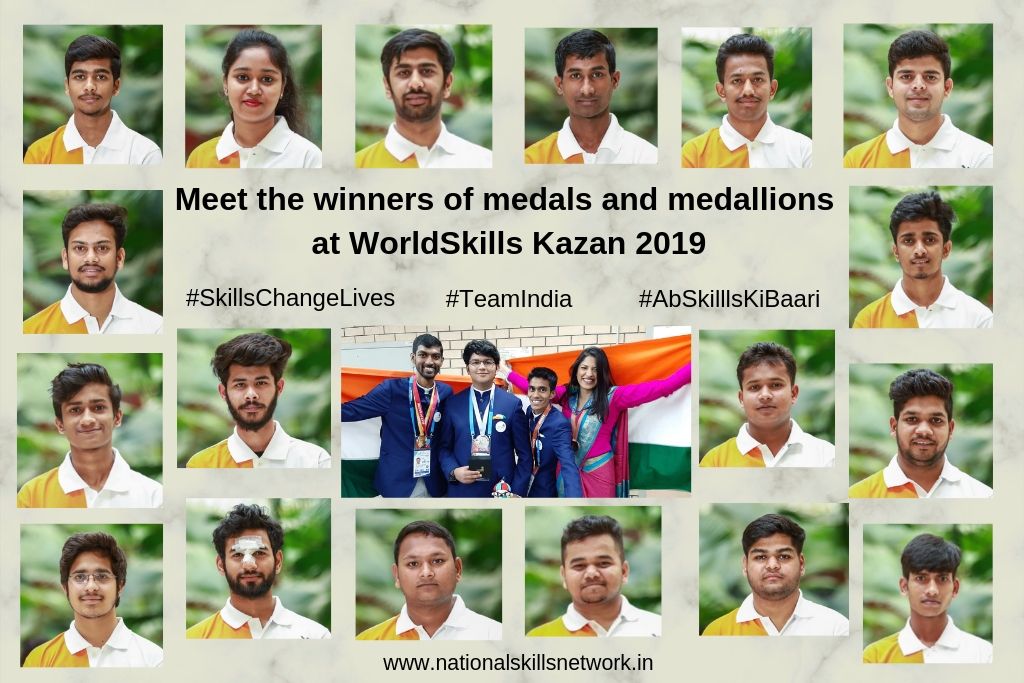 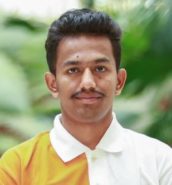 Father’s Occupation: Security Guard
Sumanth is a mechatronics technician working as maintenance member at Toyota Kirloskar Motor, a leading automobile company. His father, a security guard has always tried to give their children the best. The opportunity to represent his state and now his country, was beyond imagination for Sumnath’s family. He hopes to excel at his skill and make his family proud. 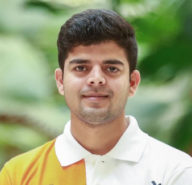 Father’s Occupation: Farmer
Manjunatha hails from a small village in Karnataka and has been through many challenges. His father is a farmer and mother a house maker. Their dedication to provide for the family has led to Manju believing in his dreams and creating his own ambitions. He is currently working as a maintenance member in Toyota, a leading automobile company. An agile and friendly co-worker, Majnu is a ‘problem solver’ amongst his team members and is recognized for finding unique solutions for technical issues. 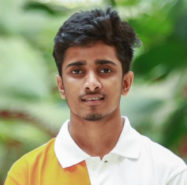 Father’s Occupation: Coolie
Mohammed Rabith’s father is a coolie, or a porter. Understandably, his household income has been scarce. Carrying the weight of uplifting his family on his shoulders, he decided to undertake skill training in tiling. As his training progressed, he started understanding the intricacies of the process, and started to fall in love with the beauty of the skill. Today, he is the finalist who will be representing India internationally. He is content with the experience and exposure that IndiaSkills has given him, and wishes to give his best, whatever the outcome may be.

Dr. Mahendra Nath Pandey proposes India as the next skilling hub at the Ministers’ Summit during WorldSkills Competition 2019