In an event held on 22nd December in Delhi, it was announced that nearly 2800 workers from the states of Karnataka, West Bengal, Rajasthan, Bihar and Odisha have been trained in various Construction Skills. The workers were trained under World Bank funded projects in the trades of Masonry, Bar-bending and Shuttering over a span of four months, as part of a skill development initiative of the Ministry of Road Transport & Highways. Over 300 workers from among them received certificates from Shri Nitin Gadkari, Minister of Road Transport & highways, Shipping, Water Resources, River Development and Ganga Rejuvenation. Shri Dharmendra Pradhan, Minister of Skill Development and Entrepreneurship and Petroleum and Natural Gas, and Shri Mansukh L Mandaviya, MoS Road Transport & Highways and Chemicals & fertilizer were also present on the occasion. 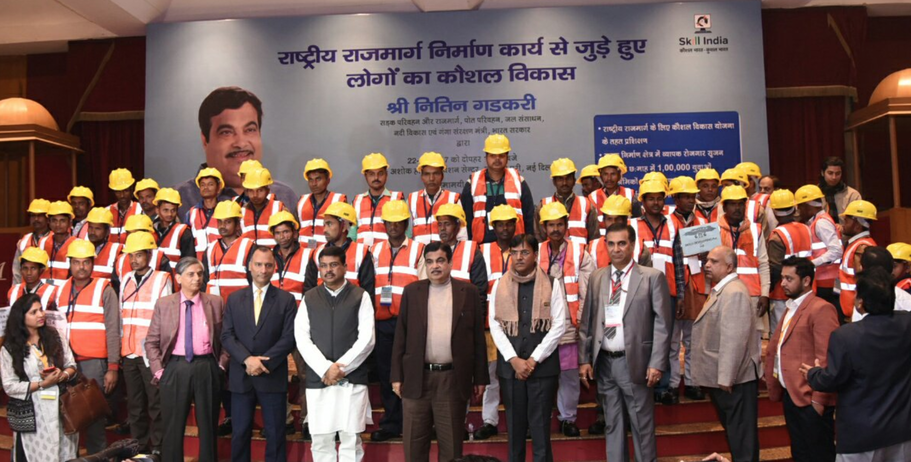 Speaking on the occasion Shri Gadkari announced that a further 1 lakh twelve thousand workmen will be provided training at 310 projects of MoRTH, NHAI and NHIDCL by June 2018, under six trades namely masonry, bar-bending, shuttering, scaffolding, painting and plumbing. Orders for this were allotted to nine skill training agencies on the occasion. The Minister also said that about 2.5 lakh workmen will be trained in other projects of the Ministry, NHAI and NHIDCL by 2019. The state wise number of persons to be trained is as follows: 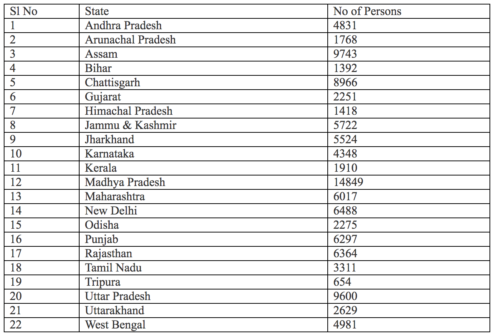 To fulfil the requirement of trained workforce in highway construction, M/oRT&H had taken an initiative for skill development of workmen in highways construction sector under Recognized Prior Learning (RPL), in projects costing Rs. 100 cr. and above through authorized Training Providers of DGT, M/o Skill Development and Entrepreneurship. (RPL is a platform that aims to provide recognition to informal learning or learning through work) As per the scheme, a dedicated fund of 0.1% of civil construction cost has been allocated for the Skill Development. It has been made mandatory for every contractor who is awarded a highways contract, to train at least ten persons for every one crore spent on the project.

Under this scheme, training and assessment fees are paid completely by the Government. The scheme also has a provision of payment of stipend to the trainees to compensate for wage loss during training period. The stipend is directly transferred to Aadhar linked bank account of the trainee without any mediators or commission.

Shri Gadkari urged Ministry of Skill Development to design and conduct courses tailored to suit the upcoming requirements of the road transport, shipping, water resources and river development sectors. He said each of these sectors is undergoing massive expansion and transformation. Sagarmala, with its projects for setting up of 14 coastal economic zones, enhancing port connectivity and strengthening of ports will also generate over I crore of direct and indirect employment. New modes of transportation like the sea planes and amphibian buses will require drivers skilled to run these. Water resource sector is coming up with new and innovative irrigation schemes and projects for interlinking of rivers that will not only raise the income of farmers but also create new employment opportunities for them. Shri Gadkari said that we need to train our youth so that they can take advantage of these newly emerging employment opportunities. 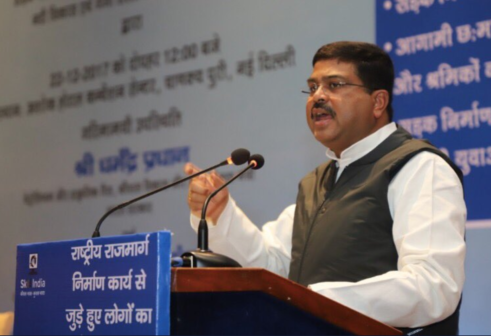 Shri Dharmendra Pradhan said that the initiative of the Ministry of Road Transport & Highways was the first initiative of this scale by any Ministry. He stressed upon the need for extensive training of the country’s work force in the emerging trades and technologies for realizing the dream of building a new India.

Shri Mansukh L Mandaviya said the highways and shipping infrastructure sector have grown very rapidly in the last three years. This has led to the creation of many employment opportunities. These opportunities are going to expand further in the coming years with ambitious projects like Bharatmala and Sagarmala unfolding on the scene. We need to equip our youth with the very best training so that they are able to raise their employability and their income.