National Skills Network – NSN is privileged to present a Skill Talk by T. V. Mohandas Pai, Chairman, FICCI Skill Development Committee and Chairman, Manipal Global Education on the need to perceive skill development as an integrated and inclusive exercise. Mr. Pai emphasizes on connecting the social and policy angles of skilling along with scalability for long-term impact in linking people with jobs. Let’s read on to know more about how India’s unique position in skilling could in fact become an inherent strength in becoming the skilled capital of the world.

We are dealing with a complex subject – how to educate people, give them the necessary skills so that when they go out to the labour market, they have something that the employers may want or something through which they could earn a living. The challenge gets magnified when we look at the history of education vis-à-vis skills. So, there is a social angle, there is a policy angle, there is a huge scale angle for the system to evolve and all these three angles have to get integrated.

Historically, education was meant to create a polished and refined human being, who could live with reasonable wealth and look at finer aspects of life. Whereas, skills came through the guild mechanism, where people all around the world learned by being an apprentice at a very early age. They learned on the job as they provided cheap labour to the master and over a period of time became masters themselves.

Skill development in India is even more complex with diverse sociocultural issues and economic facts of education and employment. Let’s remember that historically, India has been an artisan-based economy for the last 5000 years, with many caste-based occupations that sustained livelihoods. There are certain castes associated with vocations such as weavers, potters, farmers etc. And in these communities, skilled were transferred from one generation to the other by actually practising the trade.

So, we must find out where these people are clustered and bring them into the skill arena by, one, certifying the master craftsmen for their skills and creating a mechanism to identify and recognize them and give them their due. Two, much like the guild system, they work in an informal way, having their children work with them. We must help them with funds to have apprenticeship programs like it’s done in a factory. Three, we must train them in automation and tools and provide loans from MUDRA scheme to enable them to buy tools and increase their productivity. For instance a mason should be able to procure a belt, have his tools strapped on the belt for becoming more productive and when productivity increases, he can earn more.

It is essential that we train them in modern methods with right tools, templates and technologies. For every skill, we must have a state-of-the-art template showing how things are done and what would be the output. This will also help in matching our output global benchmarks and supporting it with necessary training interventions.

We need changes in policy in three aspects – certification and recognition of skills, access to credit for supporting entrepreneurship and streamlining labour contractors. The first focus should be on certification of existing skills, all across the country. We need skill universities so that young people will take up skills just like they look upto higher education. Why not have a B.Sc in Plumbing, B.Sc in Electrical or a Ph.D in any of the skilled trades? These degrees give the person a higher social status and earn respect for their skills. We must improve the social status of skilled people as it is there in USA and Germany where skilled people have a high status. We also need a policy for giving them access to credit. 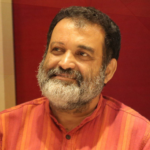 And, when we have a policy for recognizing labour contractors as skill operators, this opens up new avenues for promoting apprenticeship through these contractors. Skilled work takes place in India through labour contractors. It doesn’t take place in large companies. They know how to source people, and through them get the skills. So the funding has to be more widespread, policy has to be fine- tuned to take the reality into account and you must Indianise the model.

In order to scale skill development initiatives we can’t depend on importing models from Germany or USA or Japan. The European model is not conducive to what we do in India. We need to Indianise the models by using our sociocultural history and traditions to our own advantage.

For instance, the German model is more than 100 years old and it is very process-oriented and rigorous, supported by the government. To bring that kind of process rigour and regimentation in India is very difficult. Japan and Switzerland follow the German model. England had a guild system and it is deep rooted in their sociocultural history. And USA had a mix of both. They didn’t have a government-based system but the world war II created a huge group of skilled people because of the war employment and that’s when USA took off.

And in India, we have a caste-based system and not a guild based system. We must indigenize the system to say how skills are learnt through various caste groups and communities. For example, we have areas of specialization – Moradabad specializes in glassware, handloom weavers are present in many districts, we must work there, certify them, recognize them, give them funding, help them modernize, ask them to train people hands-on and pay the trainers handsomely. Then, we need to create conditions to encourage entrepreneurship among the skilled workers. This will enable scaling and widening the impact of skilling.

Simultaneously, we must make sure that we increase the minimum wages for skilled people by differentiating between the skilled and the unskilled. Today the gap between these wages is very low. So, there should be natural tendency for people to go take a skilled certificate and then demand a higher wage because the difference is high. If the difference is low employees don’t bother.

Reforms in the unorganized sector

The unorganized sector is actually very well organized! The contract labour system works very efficiently. The Indian system is different from the western system. In the western system the companies employ more and more people as employees. In the Indian system for the last 40 years more and more people are employed through labour contractors. And that is a very formal system, the labour contractors pay PF, ESI and do the billing. Government has to recognize this as a formal system. Calling it unorganized is totally wrong. Unless you take all this into the system, and make sure that the benefits are same for normal employees and contract employees, it will not work.

And an important piece of reform that is required is that we must have a law which says that if any company wants to take people on contract, they must pay 150% of minimum wages. The present law demands 100% of minimum wages. This must be increased to 150% so that companies have incentive to hire more people on their own payroll. Otherwise, if they wish to hire on contract, they must pay higher because it gives them the flexibility to hire and fire the employee. It will add to the aspirational value and will make sure that people get paid well. Then the employer can demand better productivity.

Today, there is low labour productivity and low wages. Employers will be happy to pay more if the output is more. And, this is already happening. For example, four years ago, to build 500000 square feet for a university in Rajasthan, we needed 2000 people. Today, to build 250000, we just need 150 people. This is also because of the higher productivity linked with mechanization and use of latest technologies.

To match the diversity of human capital in India, we need a district specific plan. And you have to map it well with what they are capable of doing – it needs to be done appropriately, requires study and research. If you have offer a skill development program and tell everyone to come, it doesn’t work that way. We need to look at alternatives to make it successful!

TVET in Ghana – a tool for rapid socioeconomic growth

TVET in Ghana - a tool for rapid socioeconomic growth