Skilling 1.17 crore people and other achievements in 3 years of MSDE

by Madhuri Dubey
in Government, News
1

The current government recently completed three years and skill development and vocational training has been one of the key points on the agenda towards inclusive growth and development. In a press conference held on this occasion,Shri. Rajiv Pratap Rudy, Minister of State (I/C), Ministry of Skill Development & Entrepreneurship (MSDE), shared many achievements in the area of skill development. He stated that MSDE has trained more than 1.17 crore aspirants in various skills through many short and long term skilling programs since the inception of Skill India in 2015. This is apart from the numbers contributed through skill development schemes and initiatives under other Central Ministries. 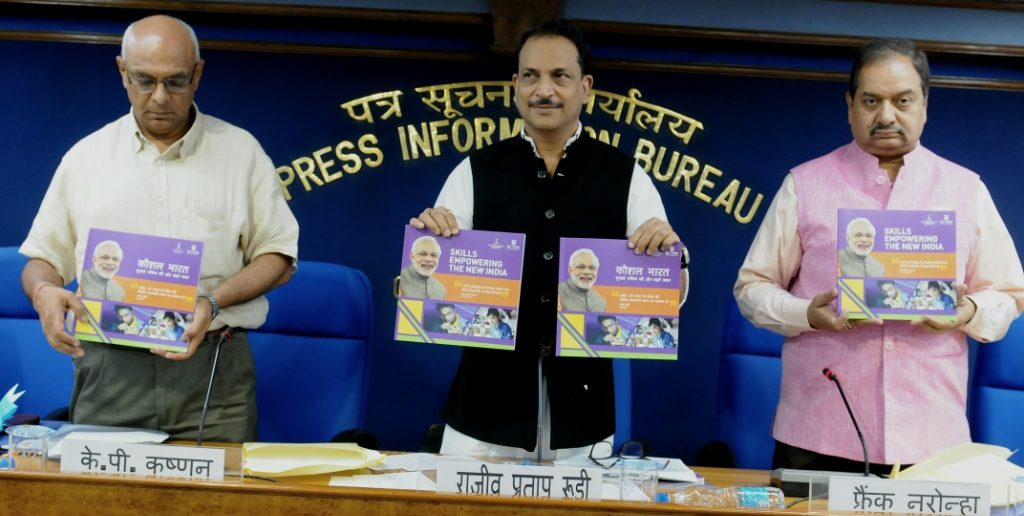 Speaking on the occasion, Shri Rudy said, “Skill India is a silent revolution that is underway and is a joint investment that the government along with the private partners, is making for the future growth of the country. It is a path that needs to be tread very carefully since it involves the future of our youth. What we sow today is what we will reap tomorrow. We have hence taken the first two years, to set our base right and align the skill ecosystem to national standards of skill qualification.”

Shri Rudy shared that Pradhan Mantri Kaushal Vikas Yojana (PMKVY), which was launched on July 15, 2015 by the Hon’ble Prime Minister, alone has witnessed more than 26.5 lakh people getting trained in skills of their choice till date, of which 50 per cent are women candidates.

“It is good to see that more and more women candidates are coming forward to take up skills. Last year women participation under PMKVY was 40%. I am elated to see that we have an equal male female ratio this year cumulatively.”

He further added that, “The industry/private sector will only partner when they see quality workforce coming out from Skill India. We are seeing that transition happen gradually. More and more corporate are partnering with us on different levels whether is it on engaging with apprentices, extending infrastructure support, contribution through CSR funds and hiring of resources.” 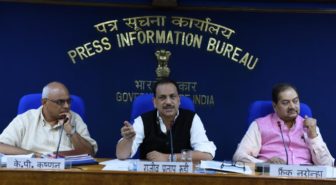 Adding on the point of engagement with States, Shri K P Krishnan, Secretary, MSDE said, “Vocational Education is one of the point amongst the 52 items mentioned in the Concurrent list under 7th schedule of the Constitution of India which means that the States have to primarily drive this mandate within the State, along with Centre’s support. The Centre’s support comes in the form of funding, alignment with national standards etc. We have aligned short term trainings with the State Skill Development Missions; and World Bank schemes like SANKALP are also being implemented at the State level. Our efforts will cover the last mile very soon.”

The officials of the Ministry also stated that it is trying to move away from the supply driven skill development scenario to demand driven one, so that we do not have skilled youth who are unemployed in India.

During the event it was also that how that has been a five-fold increase in the number of students who are taking up apprenticeship today. This is essentially the result of comprehensive reforms that have been done in the Apprenticeship Act NAPS where the government is incentivising the industry to encourage engaging with apprentices. Till date there have been 5.9 lakh apprentices who have been engaged under NAPS.

On monitoring of fraudulent practices, Shri Rudy said, “A handful of organizations claiming to be PMKVY agencies promising jobs to unemployed youth were taking money and duping the public in the name of MSDE. Such advertisements were found more in vernacular dailies. We condemn such practices and have filed FIRs against them.” He cautioned the public at large to be vary of such frauds and check for the right affiliated centres before joining.

Out of all the achievements of Ministry of Skill Development and Entrepreneurship, the key achievements can be notified as:

(This article is based on a press release from the Government of India.)

JobsDialog: A mobile based recruitment solution dedicated to MSME sector

JobsDialog: A mobile based recruitment solution dedicated to MSME sector