The ninth workshop of the Skill Connect Road Show was held in Jamshedpur on 12th September 2018. Coordinated by National Skill Development Council (NSDC), Confederation of Indian Industries (CII) and Deutsche Gesellschaft für Internationale Zusammenarbeit (GIZ), the event in Chennai received an overwhelming response from industry and sector skill councils, training partners and others, who participated in the dialogue on implementing the Apprenticeship Training in the industry.

The IGVET experiences from Bhiwadi and Aurangabad were shared in detail to create an understanding on how the industry or cluster associations can apply elements from the new Apprenticeship operational framework to steer the skill development services. The need for training of in-company trainers and counselling sessions to ITI trainees as well as youth interested in skill training, was stressed by GIZ. The importance of assessment, certification and promotion of VET by the chambers in German schools was highlighted and used as a tool of motivation for the participating chambers in Jamshedpur. 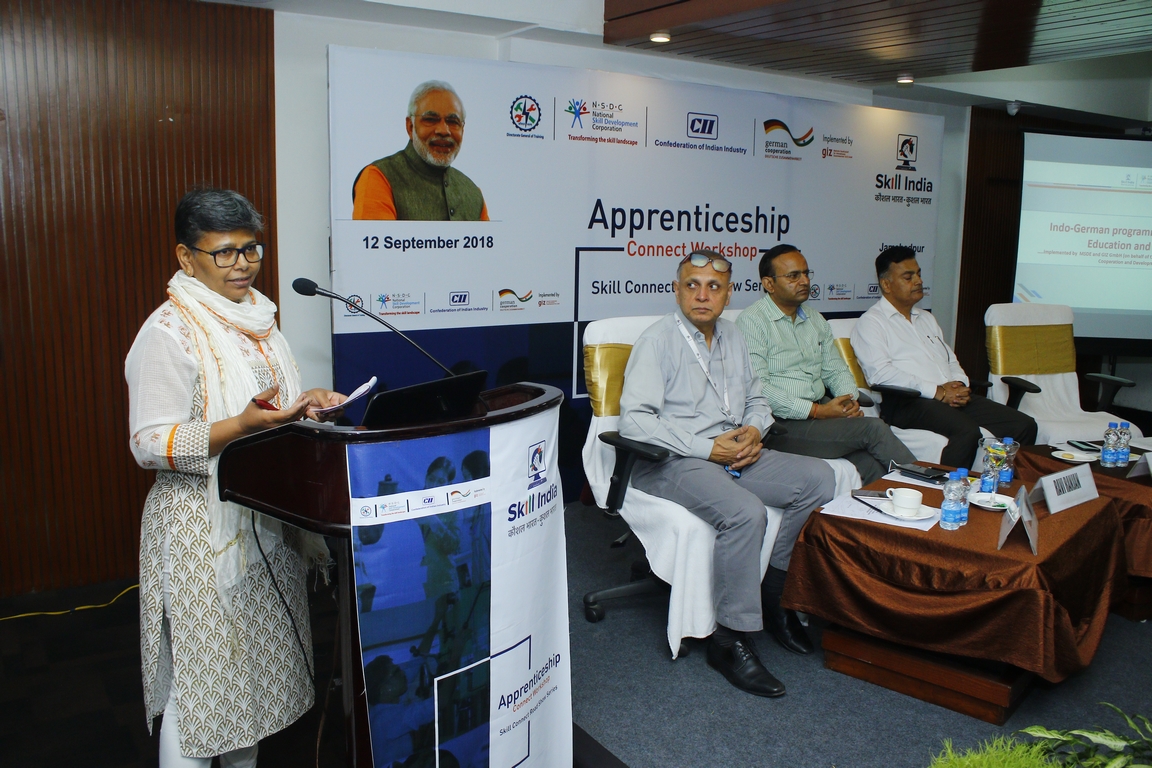 By means of interactive session, the participants were invited to deliberate on the inputs provided by NSDC, CII and GIZ.  The results of the group discussions were shared in plenary, which included the job roles which are required by the companies including the number of apprentices against each of these job roles; the support which is required for enabling the companies for effective participation in apprenticeship programme and the challenges they are currently facing.

The next workshop under the Skill Connect Road Show will take place on September 17 in Visakhapatnam.