by Anindita Shome
in Events, Government

In line with the Prime Minister’s vision of “Sabka Saath Sabka Vikas”, the Ministry of Skill Development & Entrepreneurship organized Odisha Skill Conclave at Jatni, near Bhubaneswar, on 7th May, 2018 to define a roadmap to develop Odisha as a skill development & entrepreneurship hub of India. The two-day event gathered more than 100 experts, industry veterans, academicians and professionals from skill ecosystem to deliberate on challenges and opportunities for skill development in the state.

Highlights of the Odisha Skill Conclave 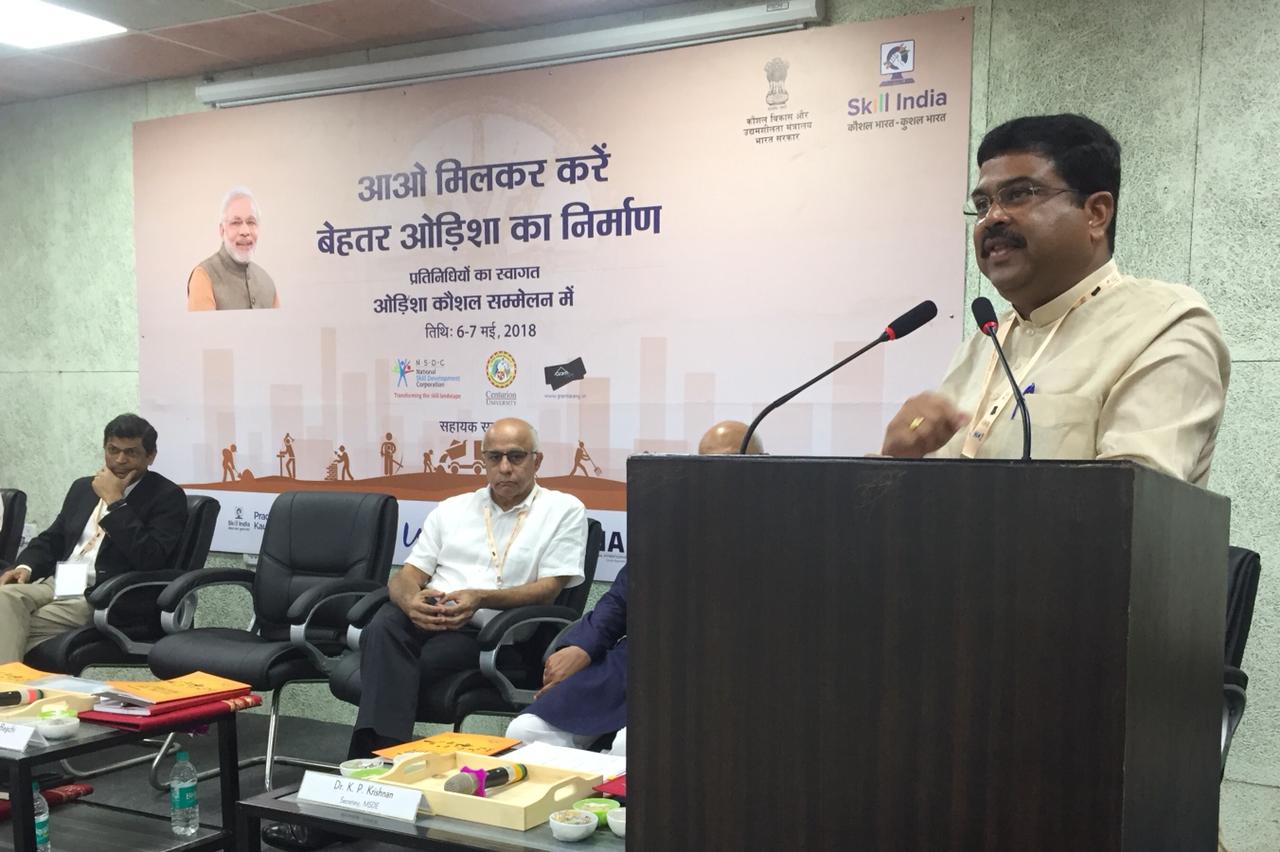 All traditional skills need to be formally recognized under skill development and proper training needs to be imparted in these work-of-art translating into further economic growth of the state and its people, said Skill Development & Entrepreneurship and Petroleum & Natural Gas Minister, Shri Dharmendra Pradhan. While addressing the inaugural session of the ‘Odisha Skill Conclave’, Shri Pradhan expressed, “Odisha has abundant natural resources and a large coastline. The state has emerged as the most preferred destination for overseas investors, owing to its natural wealth which includes production of one fifth of India’s coal, a quarter of its iron ore, a third of its bauxite reserves and most of the chromite. It has a rich heritage and culture, and is known for its handicraft, handloom and temples.” “Skill development is a national dialogue and there have been isolated efforts to promote skill development in the state thus far; but it is our endeavour now to join the dots and have a concrete, comprehensive and collective effort with respect to skill development,” he further added. 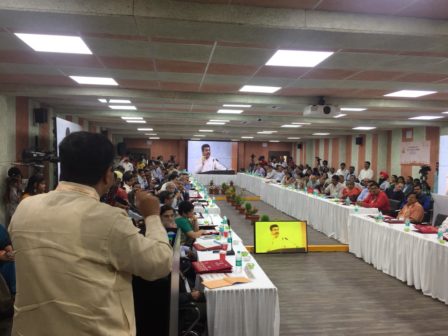 The galaxy of experts from national/international organizations like NALCO, Indian Oil, Reliance, ACC, Aditya Birla, International Labor Organization among others assembled at the Conclave to discuss the local complexities of the state, weaving the discussion and integrating them into the national skill ecosystem. The sessions on day one highlighted the key challenges and opportunities that exist in the state, identification of cluster/areas with high demand for skills based on investments, credit off-take and mapping geographical areas of economic activities.

The discussions also established that the social aspect should be accounted for while planning skill development programs. The tribal community accounts for nearly 30% of Odisha’s population, the women population and their participation in economic growth, and traditional skill sets in the state all need to be considered for preparing the action plan for Odisha. It was also discussed that there is a need for synergy between those who regulate the laws on specific skills and those who train so that there is a concrete outcome to all training endeavours. Job roles for driver training and tourism guides can secure license from the government.

“India’s private sector has become extremely exploitative, they need to come out of this mind-set which has linkage to the depressed wage across industries and our focus should be on increasing employability and thus reward them appropriately for their contribution. We also need sensitive good quality counselling for the youth and their parents.” said Shri SubrotoBagchi, Chairman, Odisha Skill Development Authority, one of the experts at the conclave.

On this occasion, Shri Pradhan also released a study report on Skill Development & Employability on tribal in Odisha, Chhattisgarh and Jharkhand. The study has been conducted by Functional Vocational Training and Research Society (FVTRS) Bangalore in association with Centre for Youth Skill Development (CYSD), Bhubaneshwar.