The state of Odisha has been leading from the front with regard to training the youth in industry-relevant skills. Besides enhancing the employability of youth, there has been strategic focus on entrepreneurship development, improvement of technical education and most importantly, developing the right infrastructure for skills-based training. Let’s meet the man behind the mission, Mr. Subroto Bagchi, Chairman, Odisha Skill Development Authority (OSDA) to learn more about the projects, the deliverables and the milestones. It is our privilege to present the Skill Story of OSDA in the words of Mr. Subroto Bagchi, who has inspired millions all over the world as an entrepreneur and an author. Let’s read on to know more about how OSDA is driven by the goals of fixing, scaling and accelerating things to make “Skilled in Odisha” an international brand.

Evolution of “Skilled in Odisha”

The Odisha Skill Development Authority (OSDA) was conceptualised in May, 2016, though it was formally incorporated as a Society in December of the same year. The objectives behind the Odisha Skill Development Authority was to provide direction for the various skill development initiatives of the Government. The idea was to put in place an umbrella organization which would take charge of setting the vision and harmonise the efforts of many different agencies in the government and outside that are engaged in skill development.

At the Odisha Skill Development Authority, we felt, there is a need to have a larger goal and that had to be in making skill as something aspirational. We also wanted the capability of Odisha as a skill destination to be differentiated from others. That is how the idea of Skilled in Odisha came to the fore. The success of our efforts would be measured by the effectiveness of the Skilled in Odisha brand over a period.

Three deliverables of OSDA, besides creating employable skill development for 11 lakh young people over a 5 years period between 2014-2019.

The journey so far and the roadmap 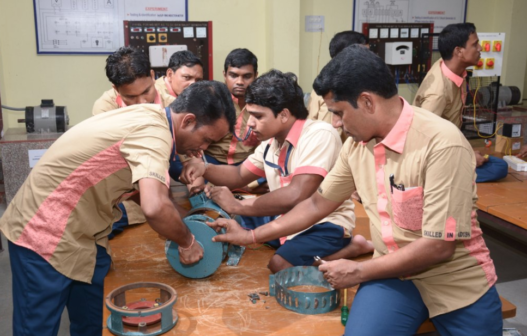 Let us talk about the fix part to begin with. Here the idea was to focus on the Government ITIs.   We started with fixing the aspiration level of the students and teachers. We changed with the uniform. A very archaic uniform for boys and girls was in place. We invited the National Institute of Fashion Design (NIFD) to come up with a new set of uniforms that would be young, vibrant and appealing to boys and girls to come to ITI. Next, we fixed attendance system. Every ITI is now required to have bio-metric attendance systems. This means that without the minimum level of attendance, a student cannot sit in the examination. We looked at the staffing situation and cleared the path for bringing more than 300 training officers who are critical to the teaching system of the ITIs.

We also required every ITI to name 10 Role Model students with the condition that 6 of the Role Models should have gone outside the State, 4 of the 10 should be women and 2 of the 10 should be entrepreneurs who did not go to the job queue. This then became the Hall of Fame installed at every ITI. It is meant to make students proud. It is also meant for teachers to know that they are doing something worthwhile.

This idea of creating Role Models has now spread to all ITIs. It has caught the imagination of an entire State. We are giving special attention to upgrading the physical infrastructure of the ITIs. A brand new ITI has been created to exclusively enroll men and women with physical disabilities.

We have entered into a MOU with ITEES, Singapore to train 100 ITI teachers on technical leadership which will happen in 3 batches in the first part of 2018.

Scaling up and accelerating 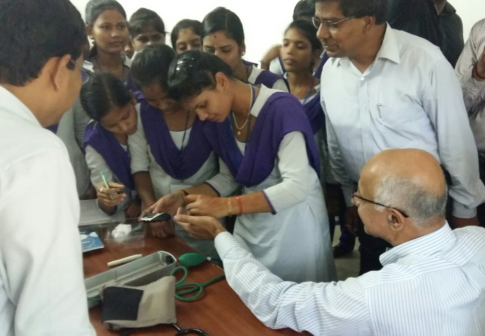 Now let us shift the conversation to building scale. This part refers to short-term skill programmes under DDU-GKY and PMKVY. We are putting a lot of effort in awareness, mobilization and substantially raising the standard of the training partners. This is paving the way for high quality trainers, challenging average performers to go to the next level, eliminating non-performing parties from the system.

We are continuously engaging with the training partner eco system. We are asking, how we can make them more effective. These span wide range of things all the way from improving trainer quality, engaging with high quality employers at the CEO level, support for infrastructure and incentives. Odisha has become a choice for training organizations across the Country.

A glowing testimony of our capacity to engage is the award the Ministry of Rural Development gave us for being the No-1 State for implementation of the DDU-GKY programmes in the last year.

Now let us talk about the accelerate part. 18 months back, we had decided to step up the pace for setting up 8 Advanced Skill Training Institutes (ASTI) to come up in the Public Private Parternership (PPP) mode. Unfortunately, due to structural reasons the ASTI programme has not received enthusiastic support. Currently we are reviving it, to suitably modify the original spirit to an higher the idea. We are also setting up the Country’s first World Skills Centre with a footprint of half a million square feet for augmenting the current programmes in the short and medium category.

One of the things that we are experimenting with is linking skill training with entrepreneurship by engaging with philanthropic capital. This is happening under the banner of Odisha Skill Development Authority through a programme called ‘The Nano-Unicorn’. Companies like Flipcart, OYO, Ola and similar Internet start-ups that attract valuation in excess of 1 billion dollars are called “Unicorns”. While these are important for the economy, we believe that India requires “Nano-Unicorns”. These are small business that may be able to generate employment for 1 to 2 people each over a period of 12-18 months.

We go to ITIs and short-term Skill Development Centers to ask for possible candidates for entrepreneurship. We call the “Dream Statement”. The Dream Statement explains what that young person wants to do, if he or she is given access to a capital of Rs.1 lakh without any collateral or paperwork beyond a single page.

Once the individual puts it down on paper, the person defends the Dream Statement much like a case study competition in B-School. Those who qualify are then sent to a week-long residential training programme. They are taught by real entrepreneurs as faculty. At the end of the journey, the aspirants revise their plan, fine tuning it based on inputs received. At the same time, capital of Rs.1 lakh from a philanthropic source is made available with students the condition that if the money is returned within one year, there will be no interest payable.

The idea here is that as and when the money comes back, the same amount can be extended to another, future small entrepreneur who has promised to become a Nano-Unicorn. We are very encouraged with the initial momentum even though they have been many challenges. Our target is to gain 100 Nano-Unicorns in this year and 1000 in the next year.

Here, the essence is not funding, making the capital available, but the real one is to capture the journey from the idea, all the way to the inception of a successful, small businessman. We want this narrative to be made widely available to inspire many more skilled individuals to start their own enterprises.

We have many challenges on the ground. The first one is to remove poor social acceptance for the skilled worker. Then is the problem of finding quality training partners & trainees. The next challenge is to bridge the information gap between the skill-aspirant and the market place. We also must attract high-quality employers who are genuinely invested in human capital development. However, these challenges can be overcome because there is a tremendous amount of Government and non-Government support. We feel, we are doing something worthwhile.