Perspectives on workforce preparedness for gig economy – present and future

Everyone who looked for a job 10 to 20 years ago had different job expectations. People looked for jobs with safety, decent salary and a comfortable life. But there’s a new model of economy emerging today – the Gig economy. They way people are looking at jobs is different today, the nature of jobs and the kind of economy we once had is all changing. It is bound to become worse in the coming times and cannot be controlled.

A recent article in The Hindu on how gig economy has created many stop-gap jobs and inherent insecurity for the workforce, provided a backdrop to discuss few relevant issues. Though the article was focused on the undesirable effect of gigs, particularly in the informal sector, we elicited views from senior professional on implications of gig economy for the present and future jobs and what it would mean to be prepared to face the reality. 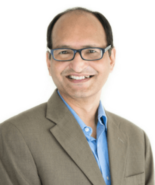 Gig economy refers to temporary employment, short-term contracts and freelancing. Is gig economy good or bad is a debatable issue. But what is it that triggered gig economy to pick up and grow in times like these? “What prevented a ‘gig’ economy from taking shape much earlier was the inability for someone who was not big and well networked in the ecosystem to continuously and reliably ‘source’ business for their skills. The problem was ‘discovery’.” says Hari T.N., Head HR at Big Basket. “Advancements in technology allowed those with a micro-entrepreneurial inclination to source business in a reliable manner. This sparked off the ‘Gig’ economy!” adds Hari T.N. 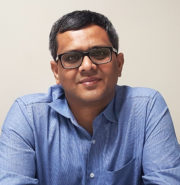 Sandip Mishra, Chief People Officer, Prodapt Solutions says, “Gig is what the Gen Z are opting for. Being digital natives, they prefer tech-enabled opportunities and flexible and project-based work. This is already catching on in India, we see many young people exploring multiple sources of employment to meet their professional and personal goals. Unlike previous generations, Gen Z may promote a culture where jobs are more like freelancing assignments and time bound contracts, leading to career paths that can’t be planned in advance. Going ahead, for them, more than job security, what matters is learning new skills and upskilling themselves to try out new assignments. This is also in tune with the way future work is being disrupted with latest technologies.” 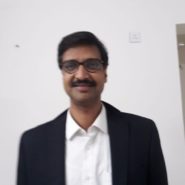 Gig economy in India mostly started in blue collar jobs like manufacturing, mining, food processing etc. With food industry in India growing leaps and bounds, there is a new segment of jobs like “delivery boys”. Many among the youth are preferring such jobs. “A job of a delivery boy which gives me Rs.20,000 from first month than a welder which may give me that amount in 1-2 years”, says Avanish Kumar, Head – CSR (Airports) & Skilling, GMR Varalakshmi Foundation. And there are 3-4 aspects which consider while choosing a job these days. One is of course is salary, secondly the ease-of-work and thirdly the distance of workplace from home. These are some incentives the youth are looking at while considering a job, notes Avanish Kumar. “All of these are very market driven phenomenon and they will play with lot of uncertainties”, says Avanish Kumar. 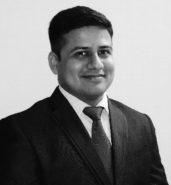 “The objective of most of the workers in this sector is ‘to earn some quick money’, without really investing much in themselves (in learning new skills). “The technological evolution made human life more comfortable and created this sector and the jobs. Now with further evolution of technology e.g. self- driven cars, autonomous delivery vehicles etc, jobs in this sector will be at stake”, pointed out Ravinder K., Founder, Automation Talent India.

It is not just job insecurity that comes with gig economy but a lot of issues associated with it. The idea of workplace is changing, so where will the workplace norms apply? When a person freelances, who ensures his/her safety, dignity of work and career growth? “Companies should take care of their employees by giving them some employment benefits and incentives especially to the ones who are vulnerable”, notes Ms. Madhuri Dubey, Founder, NSN. 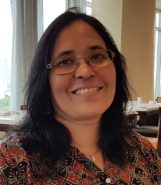 Gig economy is here to stay. And we must set some right expectations among our youth about the changing nature of work. Youth must be made aware that in coming times the idea of a permanent job or job security will fade away. The concept of continuous learning must be inculcated in them from a young age, so that they are better prepared to face the world. We, at National Skills Network (NSN), believe that there is an undeniable need of reskilling of existing workforce. Because it is the reskilling and upskilling that will help the current workforce to remain employable in the changing job scenarios.