Rhino co-invested in ACE Foundation with Composite Solutions (a business consulting firm) to find ways and means to bring demand-driven education and make it sustainable. This is, in fact, a challenge for all institutions. The focus was on serving the huge skill gap between the present academic education system and the industry expectations.

Vocational Education in India had taken a back seat for want of industry participation, aspirational value and inability to articulate to the modern industry needs. Rhino – ACE combined to set up a proof of concept which has grown by time and well established.

How the Rhino – Ace Foundation model was envisaged

The basis of the ACE Foundation – Skill Development Institute (or Vocational School) was based on the research and years of experience with the industry owners – Manish Kothari and Rohit Kothari through a rich blend of engineering and business intelligence.

As successful and practicing entrepreneurs, we had a clarity of how important it is to build the blocks at the bottom of skill pyramid and have an empowered workforce at the bottom. The vision included the fact that humans have endless possibilities, which means that those at the bottom of the pyramid also need to have a roadmap to the top, thus unleashing some strong hidden “diamonds” of the industry.

The journey started with a first meeting with Mr Chandra Kumar and followed up with Franz Probst – the founders of SkillSonics – and Indo-Swiss partnership which was initially a pilot project promoted by the Swiss and Indian institutions, but soon became a strong example of what is doable.

Considering our 25+ years of collaborations and partnerships with Europeans, we understood the Swiss VET system and how relevant it was for our manufacturing industry to grow. The MoUs were signed during the end of 2014 with SkillSonics, and agreement to partner with them to set up the first of its kind Skill Vocational School in an MSME open for all at the newly (10 December 2014) at additional premises of Rhino Machines. The institute was inaugurated on 28th March 2015 and it was flagged off by Mudit Kothari – the next generation young engineer. 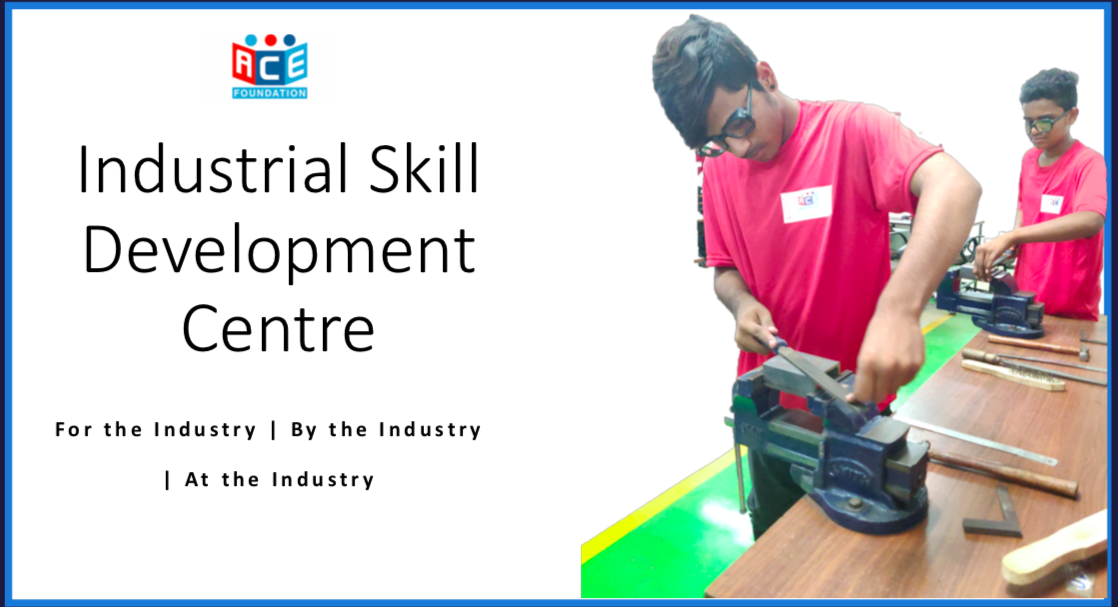 While the institute is registered as an NSDC Training Centre under SkillSonics, unlike the “norm” of getting funds from the government, the founders were clear not to look for money but make it self-sustained, and pitched in from their own resources to set up the institute.

The founders followed the plan as per the Swiss Ecosystem from layout, spacing, machines, quality of tools, classroom design, audio-visual set up, training of trainers and invested in all of it as a long term investment in building human capital.

Making it meaningful and sustainable

The next step was to deliver on the ground. Here came our entrepreneur competencies, as we broke down the implementation into first upskilling the ITI technicians to the industry needs and pay them a stipend while they got trained. (this is an irony of sorts – but we decided to go ahead). Not finding this a sustainable venture, we switched our focus to 10th class students who either could not get admission into ITI (as the seats were limited) or were dropouts. Starting from the company’s driver’s son, gardener’s son, employees’ nephew and so on, the first batch of 4 students were engaged. 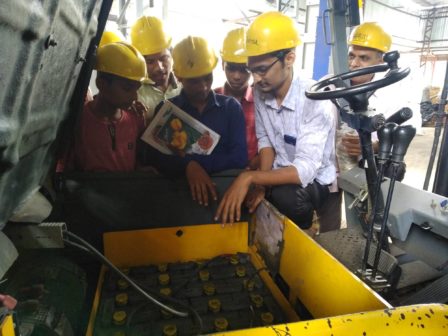 To make the course meaningful, Rhino insisted to make the duration to 2 years which later got structured as we progressed into a 1 year foundation, 6 months sector skill council course, 6 months job work and internal training on the job. What was a 6 months NSDC program was extended to 2 years – as from an industry perspective we wanted a workforce who could start working on the shop floor from the first day of joining.

The sustainability quotient was also built as ACE started to make panels for their production by the students in the institute – setting up a model of self-earning by the institute. The 4 students were able to generate revenue and at the same time were doing a job which they were supposed to do once they passed out.

The same model is now being further streamlined, and with the next batch of 12 students, we are getting ready for making small parts/products which will have a commercial saleable value.

The model is put together, and we are working on onboarding industries to support 90% of the training cost under their CSR (Voluntary or Mandatory) as presently only Rhino Machines is bearing the cost.

We are working on partnering similar industries across the country or at least people who believe in building the human capital for our own sustainability.

The challenges come from the very fact of extending a 6 months course to 24 months. However, it is our strong belief, quality once built will be long lasting, and as an industry owner, this is surely doable. All it needs is belief of building strong and sustainable solutions.

For us challenges are what give opportunities and coming from an Empretec philosophy that no goal is a worth it if it is not meaningful and challenging, goes with our own tag line coined “Meeting Challenges is the Way of our Life”.