The launch of ITI as a Center or Excellence (CoE) at Santrampur, under PPP model marks a new wave of training following the Swiss Vocational Training Models. The ITI was launched on 12th July 2018 after approval of our proposal to upgrade the existing ITI with due diligence in all technical and commercial prerequisites. The Institute Management Committee (IMC) and the key people involved in bringing the Swiss Model of Vocational Training to the ITIs include Manish Kothari, Managing Director, Rhino Machines; Rohit Kothari from the Machine Manufacturing industry, Asim Chandra and Amit Dalal – Anwesha Engineering and Comtech from the Engineering Projects industry (EPC), Rashmi Kothari – Meemansa from Garment manufacturing industry.

During the first IMC Meeting held at Santrampur, the Principal and Member-Secretary – Mr Bamania started off the session and welcomed all the faculties and stake holders, and extended their wholesome co-operation in taking the ITI to an International Level of training and making ITI – Santrampur a model institute for Gujarat. 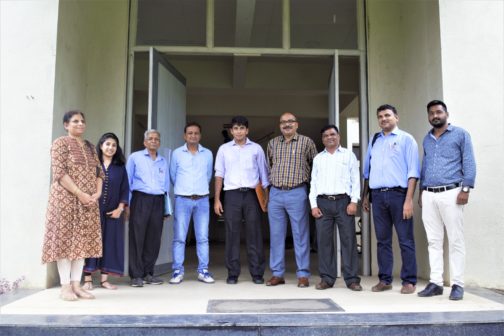 Rhino Machines, with their experience of hosting Swiss Vocational School on its premises for 3 years, and 27+ years of machine has taken the onus of “transferring” the acquired experience of training to ITI Santrampur to start with. The support from their knowledge partner and vocational school faculty and infrastructure will be available with Rhino to help upgrade the ITI at Santrampur.

The fundamental idea is to bring the industry experience and industrial work to the Institute. In this aspect, IMC will be signing MOU’s with Rhino Machines and Meemansa to provide “Manufacturing Job Work” to the ITI. They will provide the materials as per their design, provide the drawings and design, industrial faculty and instructor to guide and most importantly make payment for the job work as they would do in their normal working after taking into account the costs. 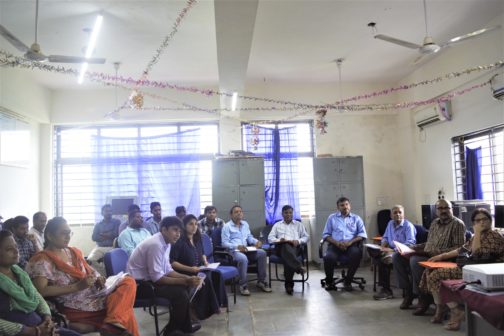 In order to upgrade the quality of training, Rhino shall work sign up and MOU with the swiss-vocational school to provide the Swiss Training of Trainers module to the IMC, first for the pedagogy and then later for the domain-specific needs.

The second step will be to introduce the Swiss-Foundation courses and also provide the content to upgrade some of the courses from single trade (skill) to multi-skill in the particular trade. Mapping the need in the industry, Rhino has found that there can be a transition for students from single trade to multi skill single trade to multi skill multi trade e.g. a wireman can become an electrical fitter with knowledge of wiring, panel building and go straight to quality work in the industry. 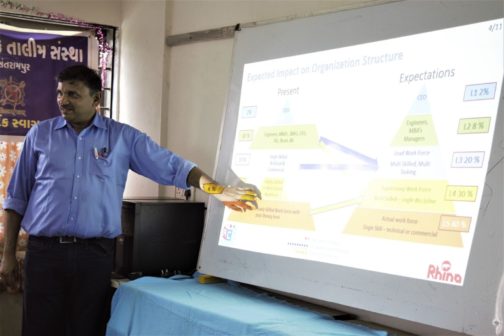 To enable the right industry oriented skills, Rhino has brought the industry to the institute, bring the work done in the industry to the institute. As part of the Indian and Swiss Governments vision to “Transfer” the 100+ year old Swiss Vocational Experience, Rhino has visited and understood the PPP model in Winterthur Switzerland, and taking the concept of 3 important elements – the society, government and industry working closely together. MSW – Winterthur http://www.msw.ch/ is one of the role model who have been guiding and showing us the way forward.

After bringing their vocational school in the industry in 2015, now in 2018 Rhino has taken the Industry to the Institute (ITI – Santrampur). This two way partnership along with the induction of Swiss Training is fundamental to the creation of globally acceptable and appropriately trained Indian workforce. While in the first case Rhino invested in the infrastructure and institute with NSDC certification, in the PPP model the Government has shared its infrastructure and investing into upgrading of the centre. What Rhino has added to the equation is creating revenue for the institute which will create working capital to enhance the institute further to its Mission of Making ITI Santrampur a Model Institute…something which can be replicated and built on.

Rhino is very grateful to the Department of Education & Training (DET) of Government of Gujarat and all the Industry Partners who are supporting us to make the dream of #makeinindia and #madeinindia a sustainable success.

About the author:  Mr. Manish Kothari, MD Rhino Machines and Director, ACE Foundation. He can be contacted at: rhino@rhinomachines.net

Disclaimer: The content (text, pictures, videos, slideshows and audio) are provided and approved for publishing by the client who is featured in this article. National Skills Network – NSN is not responsible for any copyright or related issues with any type of content. Also, NSN does not subscribe to the views and opinions expressed in the article.