Rubber Skill Development Council (RSDC) celebrated skilling excellence in the Rubber and allied industries at the 3rd annual Award Ceremony at New Delhi. In an event held on 16th November 2018, the achievements and contributions towards skill development in the entire Rubber value chain were recognized and commended by many dignitaries and key stakeholders.

A special attraction at RSDC awards was the unveiling of a Mobile Tyre Fitting Skill Van, which will move across different auto clusters. Mobile van, fitted with necessary equipment and manned by skilled personnel, will train tyre fitters, assess them on skills acquired and also certify them. 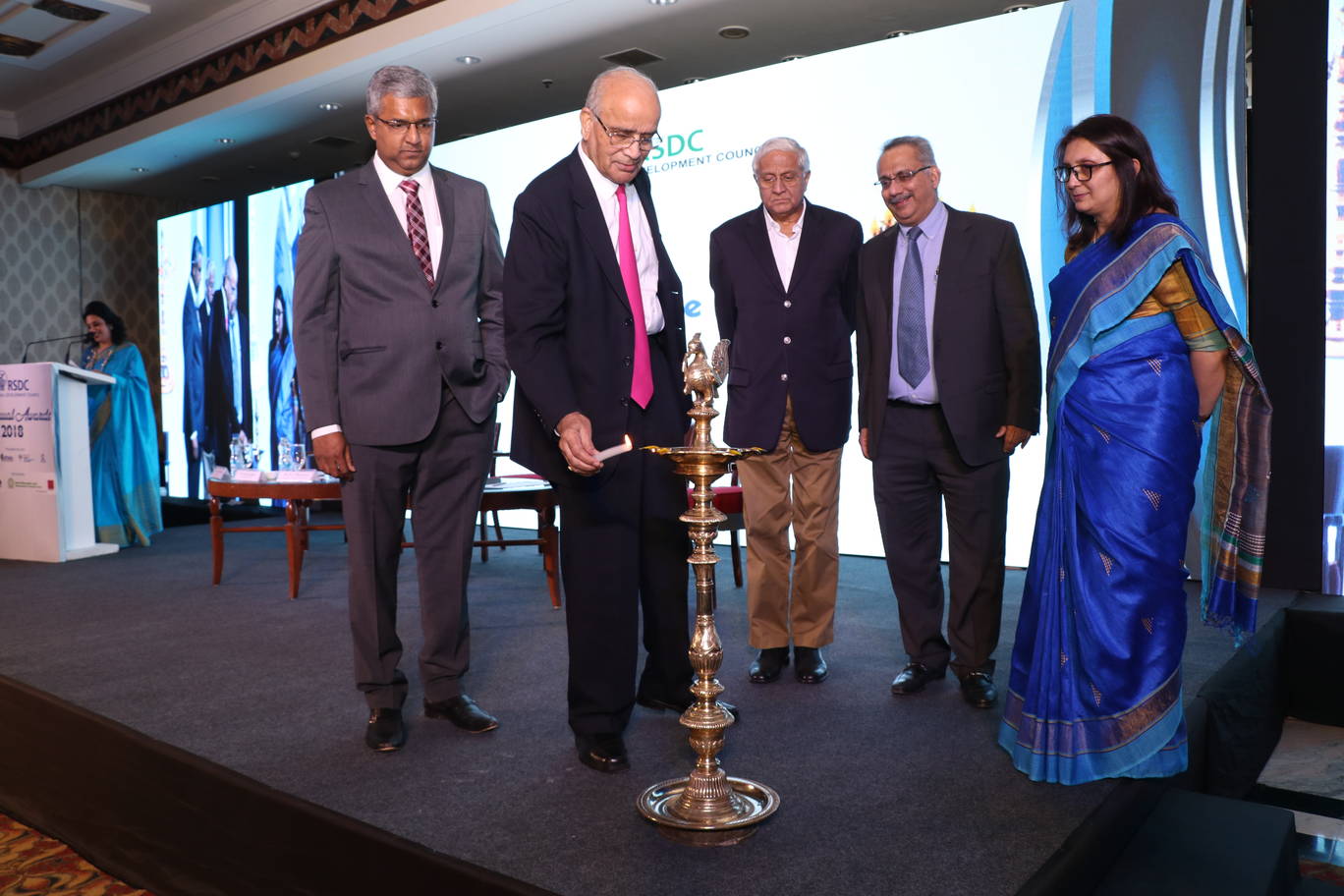 Welcoming the guests, Chairman of RSDC, Mr Vinod Simon said, “RSDC has come a long distance in the last six years of its existence. National Occupation Standards (NOS) have been developed for the entire sector including manufacturing and plantation segments. Nearly one lakh trainings have been imparted so far. Skill gap analysis has been undertaken in 20 states of the country. According to Mr Simon, RSDC has already tied up with 13 State Missions besides 11 universities and was the first to start B.Voc. in Rubber technology. RSDC has on its board 550 certified trainers, 350 assessors and around 150 training partners.

Mr R Gopalakrishnan in his remarks linked the very evolution of society to skill building. According to him for any leader or organisation to make a difference, three characteristics were required- domain capability, planning capability and execution capability. According to him RSDC has done well by bringing on board people with different domain capabilities including rubber growers, tyre industry, rubber products manufacturers, academia, Government etc. With so many industries working together, RSDC can truly be called as Mahagahatbandhan (largest group) of Rubber Sector, he said.

.Mr R C Bhargava presented a keynote on Rubber and its importance for Auto OEMs. Skill development is very important to improve the competitiveness of the industry. RSDC is one of the few organisations which has been proactively developing skill for all segments of the industry, he said.

“Tyre mechanics which dot the length and breadth of Indian highways play an important role in making road transport safer. Fitting of tyres especially commercial tyres is a skilled job requiring formal training. Automotive Tyre Manufacturers Association (ATMA) is collaborating with RSDC for upskilling tyre fitters. The training will be provided under Recognition of Prior Learning (RPL) Type 1. Formal certification is known to be aspirational and raises the confidence levels of trainees”, said Mr Rajiv Budhraja, DG ATMA said on the occasion.

Recognising RSDC’s considerable work under the RPL scheme, Ministry of Skill Development & Entrepreneurship has given an ambitious target to assess, up skill & certify 10 lakh trainees under the scheme.  A logo of the project code named SAAMRATH – Empowering million lives in Rubber was released on the occasion. “As an ally of the Government we are committed to work with all the sincerity for achieving the target. We will be counting on the support and cooperation by the Rubber Board and the industry in achieving the same”, said Ms Meghna Mishra, CEO RSDC.

Skill India Mission has led to transforming of lives allowing the youth to acquire a skill of their choice and make available skilled manpower for the industry. A film was released under the theme #farkdikhrahahai with success stories of marginalised people benefitting from skilling in rubber. 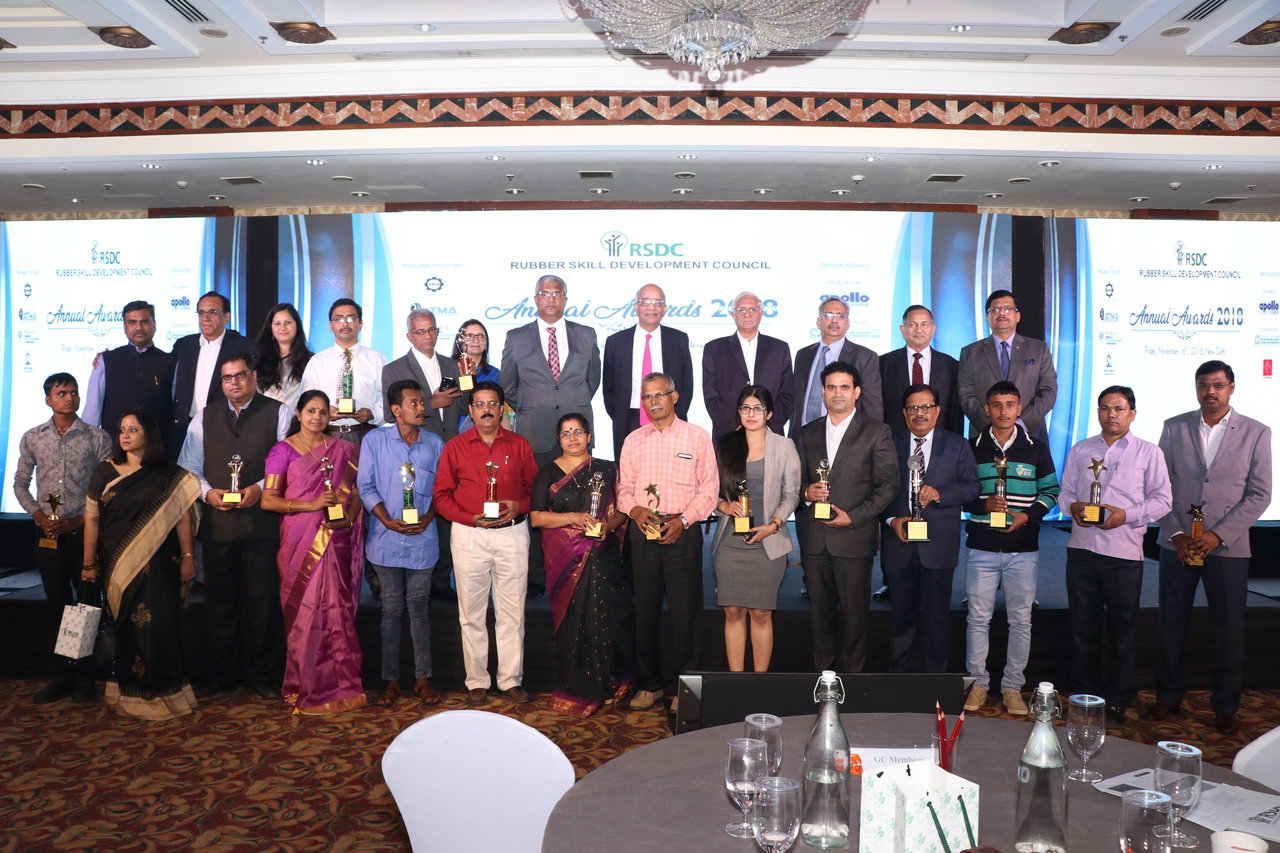 Under the special category awards Best University Award went to B.S. Abdur Rahman Crescent Institute of Science and Technology, Chennai. Another Special Category for honouring the Best Government Skill Project was bagged by The Directorate of Skill Development Tripura..

Industry is at the heart of all skilling drives across the country. This year, RSDC introduced special category of award for an industry partner who has extended outstanding support towards nation building activity through Skill Development in Rubber sector. The award was conferred on Metro Tyres and was received by Mr Rummy Chhabra, Managing Director.

Proposing vote of thanks, CEO of RSDC Ms Meghna Mishra said RSDC is committed to upskill the entire rubber sector notwithstanding the enormity and complexity of the task.