Son of a small hair salon owner, Kundan Kumar Thakur belonged to the Backward class and came from lower economic strata of the society. As one of the three children, the family had a tough time for survival. The total family income of Rs 85000 was not enough to make both ends meet and his father had to struggle to provide two meals and clothing for the family. Despite meager income, Kundan’s father Rakesh Kumar Thakur, asked him to continue his studies. That helped Kundan attain education till class XII .

However even after being qualified till Class XII and at the age of 21 years, the future seemed uncertain for Kundan who wanted to take up a suitable job and supplement the family income. His siblings did not go beyond class 6th and had to drop out.

Someone advised Kundan to opt for skilling in Rubber. Kundan had heard the buzz around Skill India Mission launched by the Government of India. Schemes such as Pradhan Mantri Kaushal Vikas Yojna, which were aimed for the skilling of the rural youth to provide them gainful employment and entrepreneurship opportunities, appealed to Kundan and his friends. He also came to know about the scheme launched by the National Backward Classes Finance & Development Corporation (NBCFDC) which was providing funding for the youth belonging to backward classes to support them in getting skilled and open avenues for self-employment.

Kundan enrolled himself for the Training programme in the Rubber Sector, conducted by the affiliated Training partner of RSDC, T.S. Skill and Tec Pvt Ltd., at Ranchi (Jharkhand). What made him take a decision in favor of skill training in rubber, was the fair chance of getting a job. 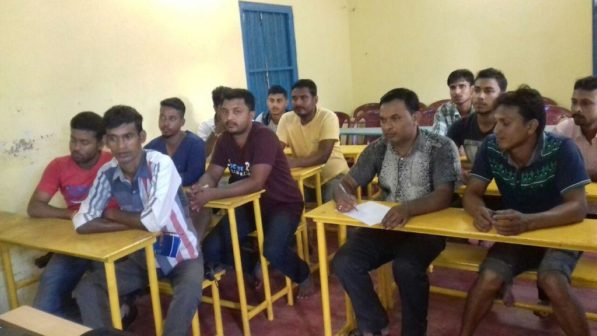 Despite the fact that Kundan had no previous experience in the rubber sector, he was made comfortable through an orientation programme which helped him grasp the basics.

Kundan found the program useful and very refreshing, much different from what he had studied till then. What he found most appealing was the support from the trainers, especially that of Mr Abhishek Kumar. Soon enough, Kundan acquired the skills required for being a 2 wheeler Tyre Fitter.. 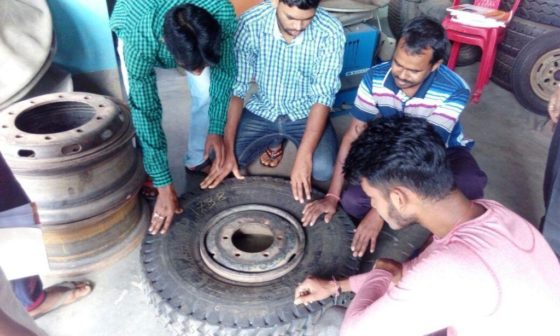 Post Successful completion of the training, Kundan was quite happy and felt as if he had achieved the goal he had been looking for. After few days of completion of the training, Kundan participated In the placement drive organized by the T S Skills and got a placement opportunity with the firm “Gupta Iyer” at Ranchi for a monthly salary of Rs 6500.

Getting into the job which earned him a salary nearly equivalent to the monthly income of the family, Kundan was elated about the same. His dreams were getting realized as now he was able to buy things for his family which could make their lives better.

He feels rubber skills training has the potential to change lives for youth like him. Cooperative nature of trainers is a big plus, though he feels facilities for breakfast and travelling allowance will encourage youth from far flung areas also to take up skills training.

Highly encouraged, Kundan wants to own his own shop one day. The training has given him confidence and equipped him with the skills to move ahead. He would like his friends also to join the skills training in rubber.