For Saint Gobain, India, Flat Glass manufacturing is a major business and they have the largest investment worldwide in glass with units in Tamil Nadu, Maharashtra, Gujarat and Rajasthan. The company has successfully implemented apprenticeship programs by customizing them to their needs while benefiting the students. In this Skill Talk, P Padmakumar, Head – HR (Flat Glass), Research & CSR, Saint-Gobain India, tells us more about their commitment to promoting apprenticeship in the backdrop of various reforms in Apprenticeship in India. Let’s read on to know more about the positive impact they are creating in the skill space.

Skill development is a very important factor for any large investment in India. In large companies we need a different mindset to promote skills in order to overcome the skill deficit that is hindering industrial growth. I’ve been a member of HR & Skills Panel of CII and Member of Board of Apprenticeship & Training (BOAT) and had several opportunities to discuss skilling and apprenticeship in many industry and government forums. At Saint-Gobain Glass, we operate on scale, you can imagine how it works – we have 250 trucks of sand that comes in everyday and 200 trucks of glass goes out!

We are actively pushing Labour Reforms in Apprenticeship. The current government is looking at many international benchmark practices including the German VET model for enhancing quality of Apprenticeship in India. We’ve shared our best practices on Workplace Learning Initiative, showcasing the innovative and pioneering work done at Saint-Gobain. India’s major challenges are to figure out (a) where can people learn (b) who we can teach them, for contemporary industry needs. This was the predominant factor in conceptualizing the “Learn and Earn” program at Saint-Gobain.

In Polytechnics, students learn theory in the first year and get to do the practical’s only in third year; there is loss of concept and this affects application of knowledge in hands-on learning sessions . So, we took a cue from the German Model and collaborated with an academic partner  (Nettur Technical Training Foundation – NTTF) and opened up certain positions in the factory (5% to 10%) for apprentices. We didn’t use the term “Apprenticeship”; we called it ‘Internships’, to align with the objective of learning. NTTF gives student intern scholarships. We promote fungible skills so that the interns can apply these skills to solve different workplace problems.

The entire manufacturing ecosystem has undergone a change. This is a hard reality which many industries and government haven’t recognized. Since Apprenticeship is in the Concurrent List, the state and central government define it differently. We need to build bridges across several initiatives, only then we can have uniformity and compliance. P Padmakumar 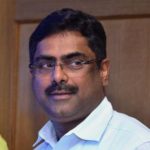 Another interesting aspect of our Internship is the social impact. Since parents look upon their children as earning members, we planned in such a way that 50% of the scholarship goes to the family directly. A recurring deposit of a small part of the scholarship is available to the family as lump sum amount at the end of internship. The duration of the program is 48 months and we take students of 18 years and above after the completion of 10th standard. All students get a diploma in manufacturing Technology from NTTF. If 100 large companies in Tamil Nadu implement this program and bring out just 50 people every year, that itself will be a huge traction for industry relevant apprenticeship program. The first batch passed out this year. All 54 of them are much more promising than graduate engineers in terms of their confidence in applying their knowledge. It’s incredible how they have picked up skills and knowledge!

If you look at the Skill Pyramid envisaged through National Skills Policy, there are four dimensions – RPL, Skilling, Re-skilling and Up-skilling. More than 90% of programs for GOI are at the base of the pyramid, it is not catering to the high-end skills. If India needs FDI inflow and since these investors just don’t bring in capital but they also bring in competencies and skill sets – they would look at proprietary knowledge and skills to operate their tools, equipment’s and technology. They would prefer to take people at entry level and prepare them.

Apprenticeship Act needs to be revamped from the point of view of Internship. Flexi –MoU under Craftsman’s training Scheme and ATS (with 4 year program and 65 modules) all are under NCVT. NSQF focuses only on skills; it should have a combination of knowledge, skills and attitude. That is what makes a person competent.

The “Learn while earn” program at Saint-Gobain enrolls the student at level 1 and exits at level 5. One of main advantages is that from day one, the student interns gets associated with a factory and pedagogy – the classroom session is for 1 day followed by practice session for 5 days. The student intern is in the shop floor, operating along with their coaches on certain guided aspects.

Going against the perception of cheap labour, we invest approximately Rs 18000 per person per month, which includes professional fee to the NTTF, the enabling fee to Centre for Excellence in Organization (the agency that ensures that the rigour of the academic curriculum is actually met, help weak students), subsidized administrative support etc. This cost will significantly come down with industry cluster / regional clusters networking in such initiatives. Students who are currently doing Diploma program in Polytechnics institutions, expressed desire to discontinue and join this program since they find this is more aspirational and useful.

Manufacturing, Industry 4.0 and lack of awareness in Academia

Look at the disparity between ITI and industry 4.0 which emphasizes digital, computers, mobile, internet, robotics, augmented reality, cloud computing etc. How do we build competence for “Make in India”. I believe, “Make in India” has to be an effect for which there are several causes – one of the causes could be the apprenticeship program.

Skill development does not form a part of the curriculum of HR professionals. National Skills Policy and its relevance is not even known to vast majority of them. People don’t have knowledge about opportunities under RPL, or PMKVY, Sector Skill Councils or Craftsman Training Scheme. Even if the government is extending its arm, there are no takers. For example, there is a provision under PMRPY – PF contribution of new employee upto 8.33% is reimbursable by the Government. Is HR fraternity leveraging this? It is not in the HR curriculum of the academia. We need to have apprenticeship programs for high order skills and not just the base level of the pyramid.

We need Apprenticeship for works that are related to knowledge and skills and not just a repetitive job. And, to link many initiatives, there could be a portal that acts as a bridge connecting all the ministries participating in Apprenticeship and skilling mission. Imagine the synergy India would draw by integrating the portal of Apprenticeship programs of Ministry of HRD and those under Ministry of Skill Development & entrepreneurship. The portal should also update us on various MoUs signed by India. For example, there are around 10 MOUs signed by India with 10 different countries. There’s an MoU with China to understand the industrial paths in apprenticeship and skill development, the MoU with Iran that can help in developing QPs and NOS, MoU with EU that can support the development of LMIS and an MoU with France for work methods and qualification registers.

Disclaimer: The views expressed in this article are Mr. Padmakumar’s personal perceptions and articulations. It does not reflect the views of his employer or the organizations he is associated with.