Make in India campaign got a new boost with the setting up of world’s largest mobile manufacturing unit in Noida, India and indirectly gave more power to Digital India and Skill India missions. The company currently has over 10%of its overall production in India and aims to take it to 50% over the next 3 years. It is estimated that 120 million mobile phones will be produced by the company from this factory. This makes it imperative to address the need for skilling the workforce to build capacity and enhance production with global standards. The unit was jointly inaugurated by the Prime Minister, Shri Narendra Modi, and the President of the Republic of Korea, Mr. Moon Jae-in on 9th July 2018. 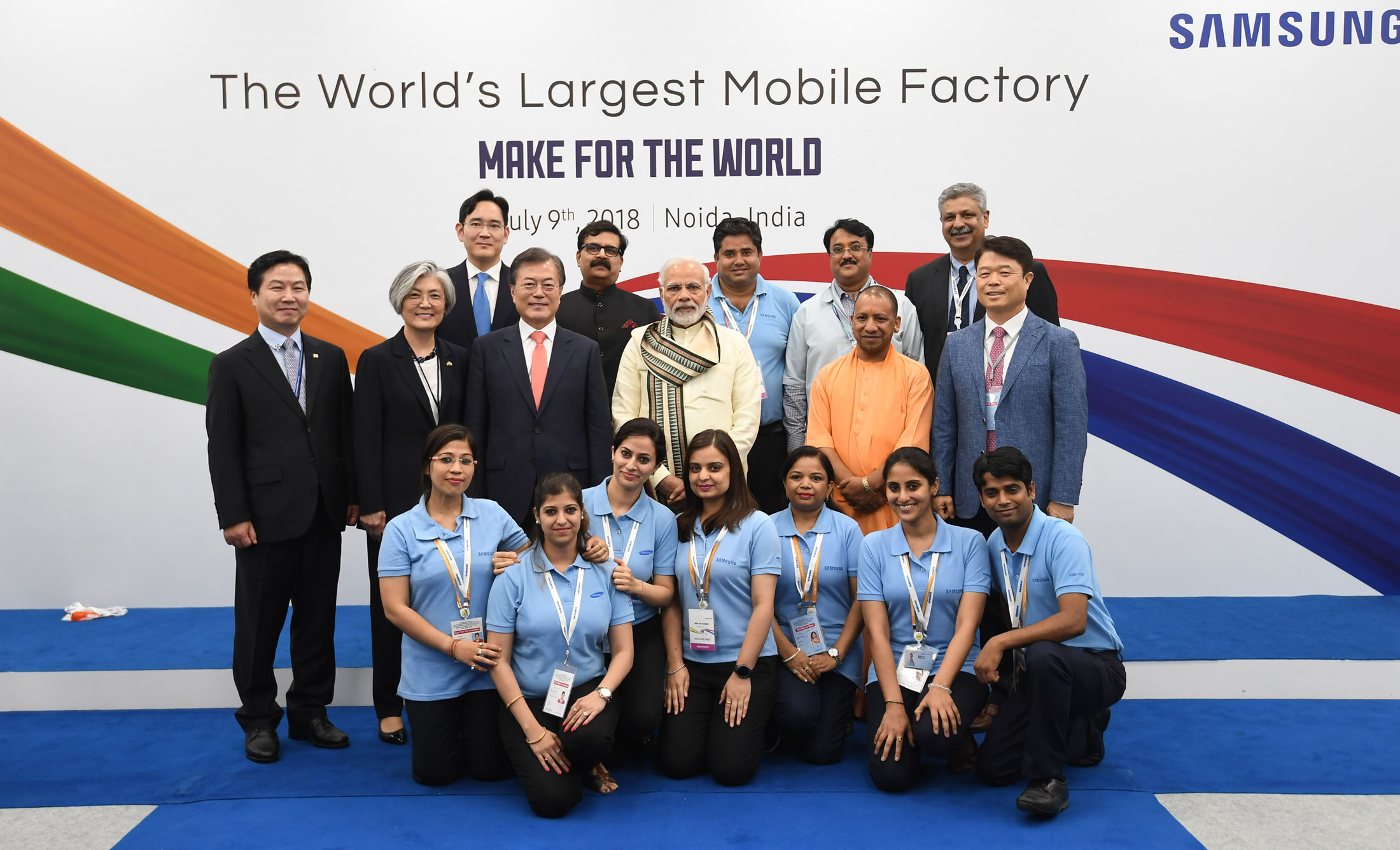 Speaking on the occasion, the Prime Minister described the occasion as a special one, in the journey to make India a global manufacturing hub. He said the investment of about Rs. 5000 crore, would not only strengthen Samsung’s business links with India, but is also significant in the context of the relationship between India and Korea.

The Prime Minister noted that digital technology is playing a key role in making the lives of the common man simpler, including through faster and more transparent service delivery. He spoke of the expansion of smartphones, broadband and data connectivity, which he described as signs of a digital revolution in India. In this context, he also spoke of the Government e-Marketplace (GeM), growth of digital transactions, BHIM App, and RuPay cards. 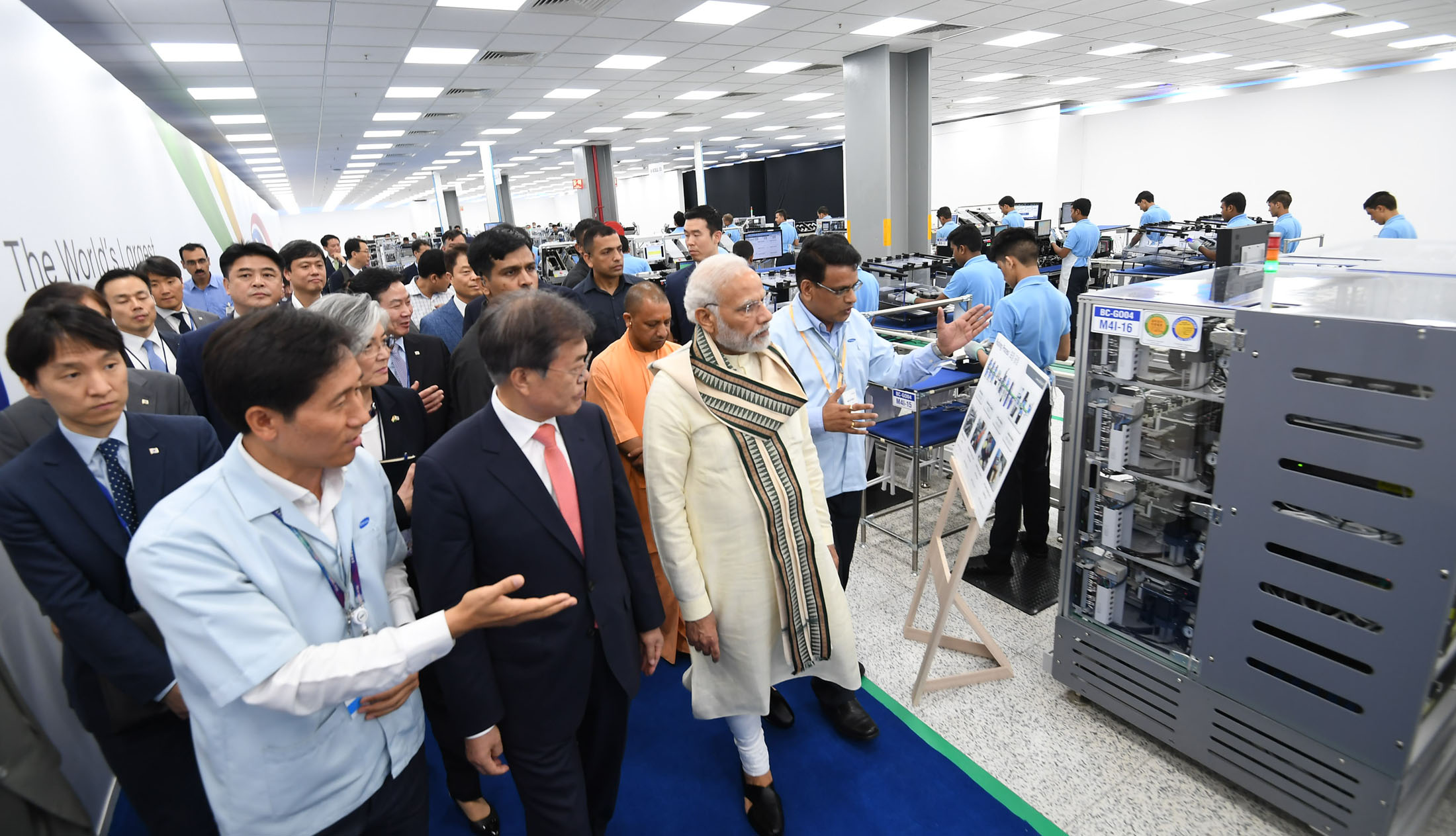 He said the ‘Make in India’ initiative is not just an economic policy measure, but also a resolve of better ties with friendly nations such as South Korea. He said that there is an open invitation for businesses across the world, who want to take advantage of the transparent business culture of New India. He said India’s growing economy, and rising neo middle class, create immense investment possibilities.

The Prime Minister noted that India now ranks second, globally, in the manufacture of mobile phones, with the number of mobile phone manufacturing factories rising from just 2, to 120, in about four years’ time. He said this has created lakhs of employment opportunities.

The Prime Minister asserted that through this new mobile manufacturing facility, the combination of Korean technology, and Indian manufacturing and software support would provide excellent products for the world. He described this as the strength, and the shared vision of both countries.