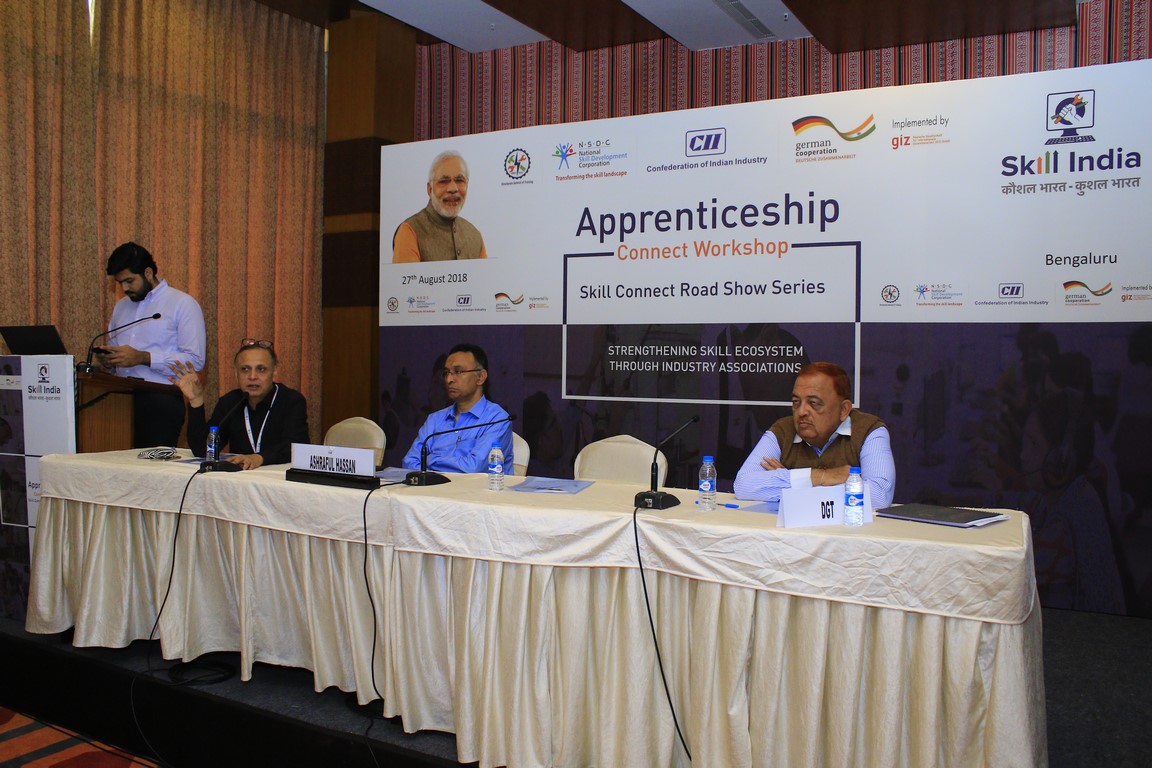 Mr Ashraful Hassan, Mission Director, KSSDM, promised the participating members to take up their issues and grievances to the government for a speedy redressal. He further emphasised on the importance of ease of doing business by encouraging the idea of industry-ready workforce.

H.V. Samvatsar, RDAT Hyderabad, highlighted the importance of apprentices training as a key approach for industry to get trained manpower. He explained that the reforms in the Apprenticeship Programme will smoothen the processes and hiring of apprentices would be in favour of the MSMEs.

NSDC also conducted a live tour of the Apprenticeship Training Portal to enhance the participants’ understanding of the interface for a user-friendly experience.

The road show workshop received an overwhelming response from various stakeholders who participated in the dialogue on Apprenticeship Training with the public sector. Industry Associations including KASSIA, ELCIA, representing a large number of MSMEs, participated in the event.

By means of interactive session, the participants were invited to share, discuss and present the challenges faced by them with regards to skilling of youth. The participating companies shared the job roles where Apprentices are being contracted and also those which would be required in near future. Several clusters where Apprenticeship Programmes can be offered were identified and discussed after taking inputs from the participating members. Issues raised by the industry with respect to the Apprenticeship Programme were addressed, and their concerns noted.

NSDC, CII and GIZ encouraged the participants to avail the benefits of the Apprenticeship Programme launched to conform to “Skill India” mission of the Government of India.

The next workshop under the Skill Connect Road Show will take place on August 28 in Chennai.