The first two weeks of November saw good activity in the states of Odisha and Rajasthan. Let’s begin this fortnight’s update with some advice from Mr.S. Ramadorai, especially his concern about the impact of skill development initiatives in the unorganized sector. 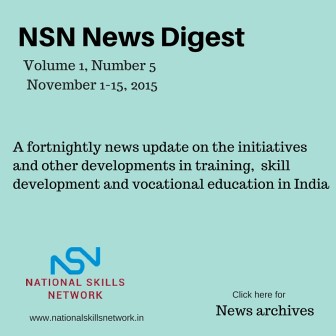 News from the states

Compiled and edited by the Team@NSN