“Skill Se Sampurn Swachhta” initiative is aimed at realizing the Hon’ble Prime Minister’s vision to ensure clean and green India by making cleanliness every citizen’s responsibility. The campaign was launched as a part of Swachhta Pakhwada (the fortnight from 16th to 31st July) by the Ministry of Skill Development and Entrepreneurship (MSDE) in order to support Swachh Bharat Mission. As a part of the campaign, to create awareness amongst skill trainees, Hon’ble Minister of State, MSDE, Shri AnantKumar Hedge  participated in a tree plantation drive and administered a Swachhta pledge with the candidates at the NDMC-Orion Pradhan Mantri Kaushal Kendra at Mandir Marg, New Delhi. He was joined by Shri Naresh Kumar, Chairman, NDMC at the event. 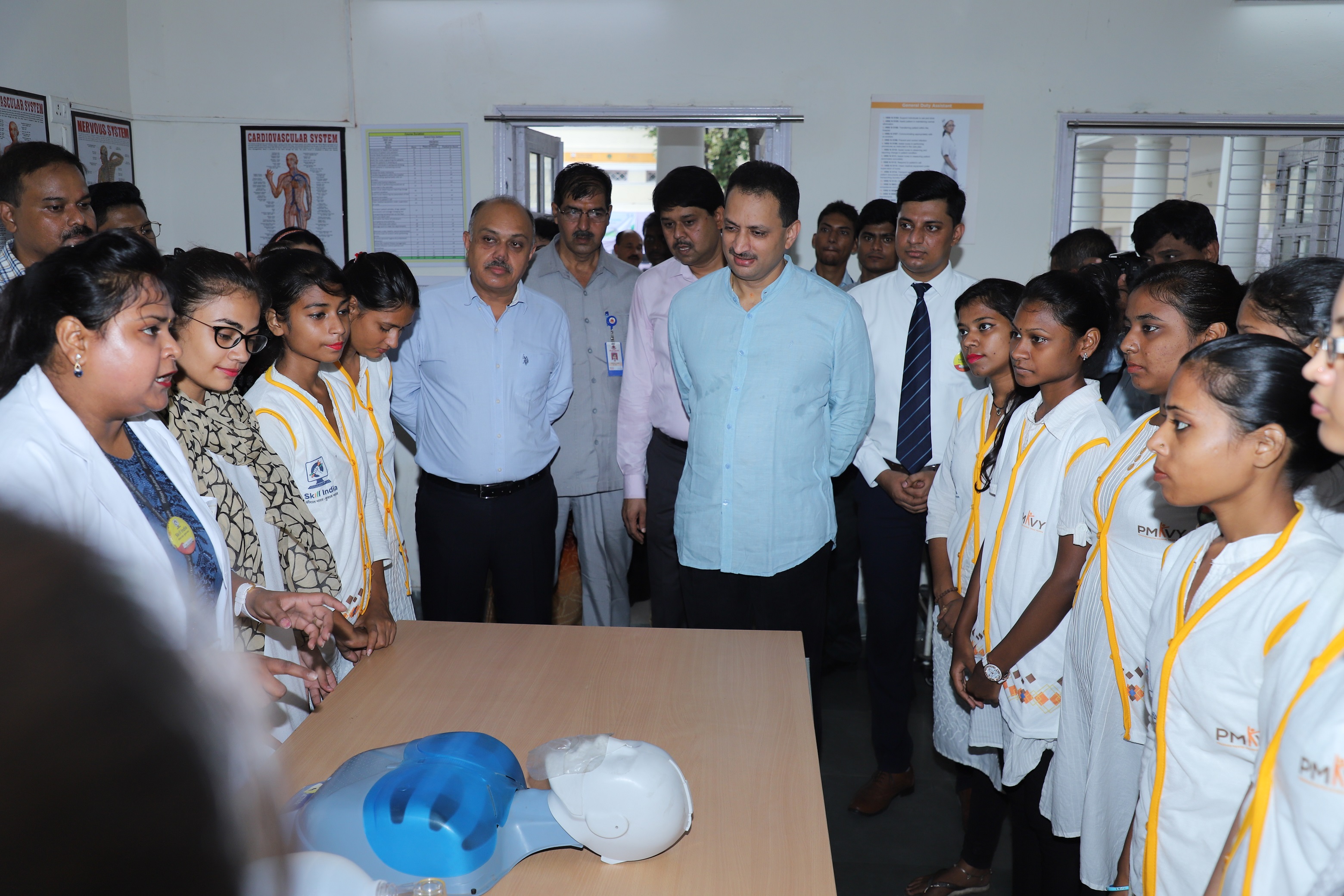 In his speech to inspire behavourial change, Shri Hegde encouraged the skill trainees to make cleanliness a habit by imbibing practices such as good hygiene, keeping surrounding clean. Shri Hegde said, “We must tune up our social discipline by not only keeping our homes clean but cleansing negative thoughts from our minds.”

He added, “In the coming years, skills and technology would be intertwined for maintaining cleanliness through machines, solid waste management and biodegradable waste.”

Taking a creative approach to enhance the reach of the campaign, Skill India has developed a microsite http://skillsesampurnswachhta.nsdcindia.org/. It has also instituted Swachhta Puruskar (awards) – to recognize and appreciate the efforts of the stakeholders during the Pakhwada period. 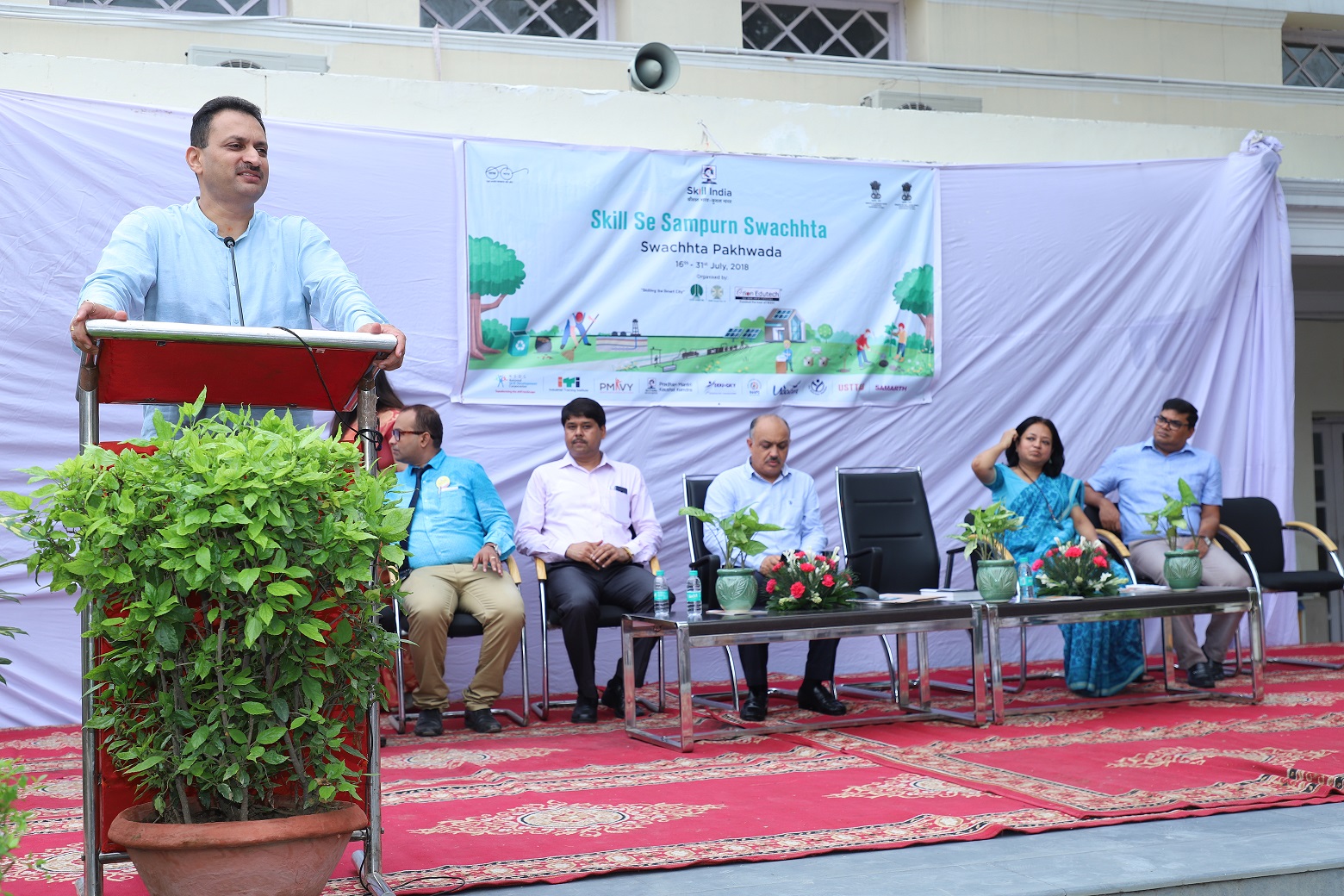 To achieve desired results, an orientation workshop on twin pit toilet technology was organized for masons in Odisha. Taking an innovative approach to training, NSDC together with Veative Technology has developed AR – VR content for twin pit technology, making it a first-of-its-kind immersive learning experience for masons. Further, a national level conference on skilling under Gobardhan is planned in New Delhi during the Pakhwada period. 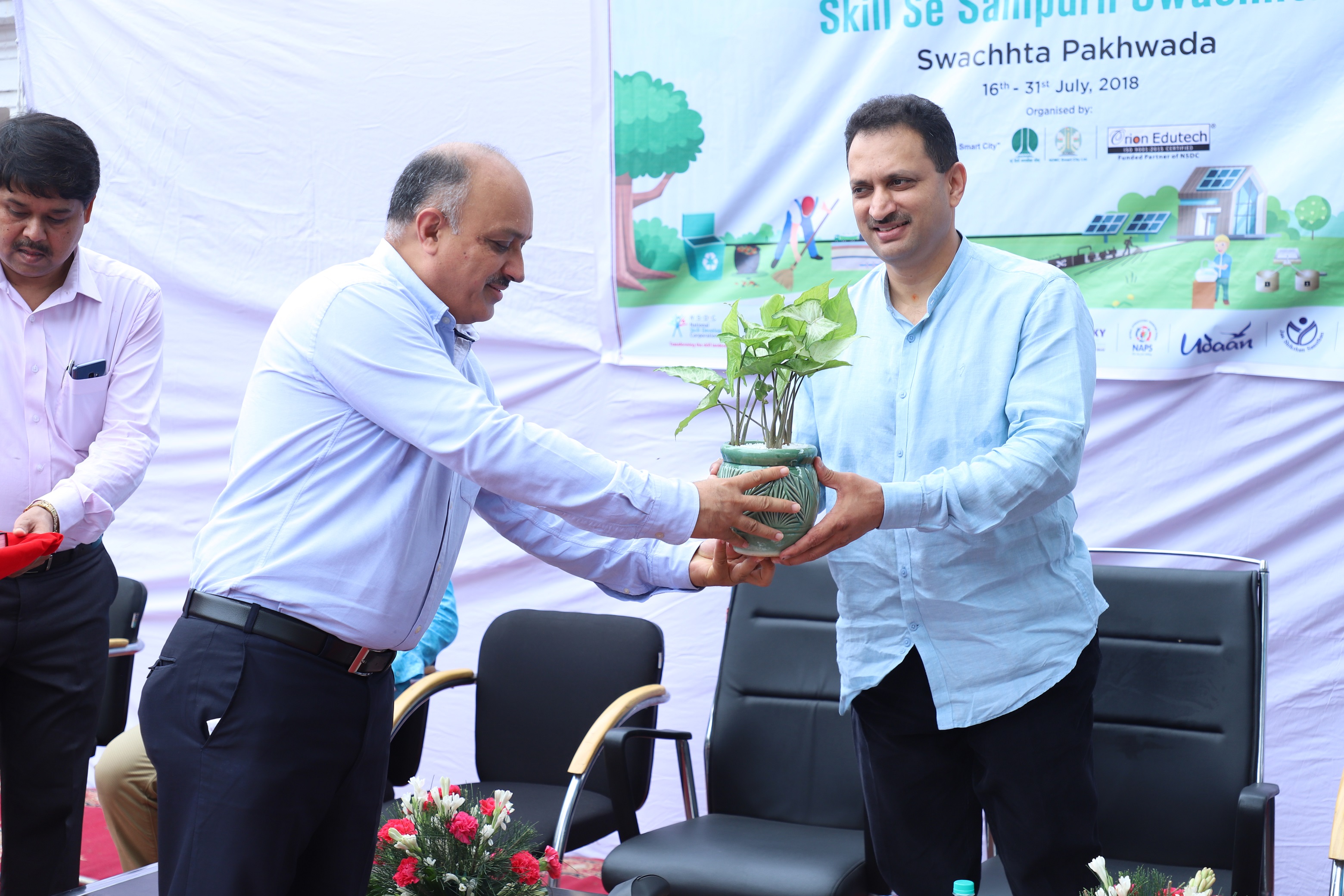 All the training centres and institutes such as Pradhan Mantri Kaushal Kendra, ITI, Jan Shikshan Sansthan, working under the ambit of MSDE and its affiliated agencies are directed to observe Skill Se Sampurn Swachhta Campaign. Shri Dharmendra Pradhan, Hon’ble Minister of Skill Development and Entrepreneurship and Minister of Petroleum and Natural Gas launched the campaign on World Youth Skills Day and administered the pledge on 15th July 2018 which was webcast in centres across the country.