A roadmap for Skills Universities in India

by Guest Author
in How To's, Resources
0 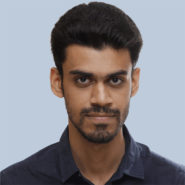 This is a guest article by Sanchayan Bhattacharjee, Associate Fellow at Observer Research Foundation (ORF) Mumbai, working in the area of Education and Skill development .This article is re-published from source, with permission from the author.

Setting up skills universities across the country is an ambitious and expansive initiative. It cannot afford to fall prey to the ignorance of the political class, bureaucratic red tape or ministerial turf wars.

The Government of India’s initiatives to create employment opportunities en masse and provide skilled human resource to cater to diverse job roles has been well documented. By 2022, the strength of the Indian workforce is expected to rise to around 600 million. It is essential that this workforce receives adequate and relevant training in an evolving jobs and skills market. In addition to jobs within the country, as developed economies age, India can be in a prime position to utilise its surplus skilled manpower to address the global shortage, which is expected to be more than 50 million by 2020.

Taking cognisance of this opportunity, a plethora of well-intentioned, but often poorly planned skill development programmes have engulfed the country, at the Central as well as State levels. Several institutional mechanisms have been put in place for effective implementation of the schemes, albeit often in a disjointed manner. Although ‘skills’ and ‘education’ are handled by separate ministries, a skilling initiative cannot be isolated from India’s current formal education system. In this regard, the Ministry of Skill Development and Entrepreneurship’s (MSDE) thrust on creation of skills universities across the country assumes importance. This will need to be planned well, as depending on their administrative, financial and operational structure, these universities can either become primary skilling hubs and/or facilitators in different geographic pockets of India, or turn into money-guzzling white elephants.

Although ‘skills’ and ‘education’ are handled by separate ministries, a skilling initiative cannot be isolated from India’s current formal education system.

The Sharada Prasad Committee, which was set up to review the functioning of the Sector Skill Councils in 2016, also recommended the creation of a National Vocational University to “conduct research, train the trainers/professors for the higher vocational education and training system of the country and become affiliating university for all vocational education training centres.”

Both these expert groups recognised the need for creating skills universities that would function differently from conventional universities to fulfil their primary objective of imparting quality and relevant skills education.

“Since a skills university will fall under the purview of respective State Skill Development Ministries, the UGC will have to make special provisions for its establishment as well as functioning. If this is not done as a non-negotiable precondition, the proposed skills universities face the real danger of getting tangled by governance, administrative and political red tape that a vast majority of state public universities in the country suffer from.

One of the most important objectives of setting up skills universities is to address the challenge of student mobilisation. Several studies have pointed out that skilling is generally perceived to be inferior to the conventional education system and students are often reluctant to opt for vocational education as a choice. The tag of a ‘university’ attached to a vocational institution is expected to negate this problem. However, in the current governance ecosystem of India, using the ‘university’ tag needs the approval of the University Grants Commission (UGC), a statutory body set up by the Government of India under the Ministry of Human Resource and Development (MHRD). Since a skills university will fall under the purview of respective State Skill Development Ministries, the UGC will have to make special provisions for its establishment as well as functioning. If this is not done as a non-negotiable precondition, the proposed skills universities face the real danger of getting tangled by governance, administrative and political red tape that a vast majority of state public universities in the country suffer from.

As the world braces for the full impact of the impending Fourth Industrial Revolution (4IR), the current economies will have to account for the fast-changing nature of jobs. In the Indian context, new and evolved job roles will gradually emerge as a consequence of globalisation, its demographic dividend as well the impact of 4IR. As a result, it is essential for a skills university to conduct and/or outsource regular demand-assessment studies (preferably every five years) within its jurisdiction as well as refer to similar studies carried out in other parts of the country. Accordingly, different courses must be started, modified or even discontinued as per market demands. These efforts must be supplemented by state as well as central governments with periodic studies on skill-gaps in different sectors, future projections etc. A skills university must have the dynamism to follow such a demand-driven model or risk becoming irrelevant institutions churning out certified, yet unemployable, students.

“As the world braces for the full impact of the impending Fourth Industrial Revolution, the current economies will have to account for the fast-changing nature of jobs. In the Indian context, new and evolved job roles will gradually emerge as a consequence of globalisation, its demographic dividend as well the impact of 4IR.

In order to successfully cater to demands within a State or province or even nationally, a skills university must be allowed to operate on a much wider territorial jurisdiction than conventional universities. For example, a Nagpur Skills University, Maharashtra, must be allowed to deliver courses as per demand across the jurisdiction of Maharashtra. In addition, the university must not be obligated to follow the traditional system of college affiliations. Instead, it must have the autonomy to have course and/or sector-specific collaborations with existing industry training facilities and skill providers. This is not to say that skills universities must not provide region-specific courses. However, given the evolving skills need scenario, its mandate cannot be restricted to only offering certain kinds of courses indefinitely.

In terms of curriculum structure for different courses, a skills university must focus on general education, work-integration as well as lifelong training. While a minimum entry level of class 12 (or its equivalent) can be the approach, a long-term integration of aptitude tests to advice candidates needs to be evolved too. In terms of the courses, as per the National Skills Qualification Framework (NSQF), there must be “multiple entry and exit between vocational education, skills training, general education, technical education and job markets”. For example, a student completing the first year of a three-year degree course must be awarded a diploma at the end of the first year and be allowed to enroll in the second year after a gap. Ideally, all content must conform to the NSQF. However, considering its current status, universities must be allowed to determine their own norms. Unlike its conventional counterparts, classroom training cannot be a major component of skills universities. It must augment the larger narrative of work-based training that involves multiple stakeholders.

Industry expertise and partnerships form the fulcrum of any skills development/education project. A skills university must ensure that relevant industry partners become important stakeholders. Different operational models can be explored to make this happen. For example, demand mapping, course design, training, work integration as well as subsequent employment are different areas where industry partnerships can be formalised. While the skills university must retain the right to approvals as well as certification, it need not always intricately involve itself in every facet of training that can be carried out by industry partners. It must, however, have a robust mechanism of checks and balances that ensures accountability from every partner. The idea is to create an ecosystem wherein every player has some skin in the game, and as a result, is obliged to deliver.

In order to facilitate this, the UGC must allow these universities to follow a distinctive organisational and governance structure. A skills university must be allowed to deviate from hiring professors and assistant professors in the conventional hierarchical structure with set qualifications. Instead, sector-specific norms that focus on domain knowledge rather than academic qualifications must become the yardstick of choosing instructors either on a permanent or contractual basis. A skills university can follow the work-integrated training model or the institutional model or a combination of both depending on factors like seed capital, available land, objectives of the university etc. While an institutional model would mirror a conventional university in many ways, a work-integrated training model would involve the university working largely as a facilitator, assessor and certifier. In terms of research, skills universities must have the wherewithal to accommodate scholars who can study new methods of pedagogies, evaluate existing programmes, suggest policy interventions etc. An alternative model of first incubating a smaller centre for vocational education and gradually expanding it to form a university can also be explored to achieve scale in a cost-effective and sustainable way.

The establishment of Universities under skill development ministries and outside the ambit of the education ministries threatens a turf war which might derail the initiative. A similar situation had developed in 2014 when the MSDE was established. Its mandate clashed with that of the Ministry of Labour and Employment (which used to handle skill initiatives before Nov 2014). A fracas ensued at various levels and as a result, the entire ‘Skill India’ magnum opus just couldn’t take off in spirit for almost a year. Thus, the proposed skills universities must have their mandate clearly charted out so as to distinguish them from other universities under the all-pervasive ambit of the UGC.

Currently, state public universities across the country are suffering from mismanagement and paucity of funds. The administrative rot is so deep, that despite pumping in funds year after year, many of them are struggling to manage their affairs. Amidst all the chaos, lakhs of students suffer collateral damage every year. It is imperative that a similar situation is not allowed to fester in skills universities.

Since there is ample scope to partner with industries, skills universities must not be funded by their respective State governments after a certain gestation period. Financial autonomy must work in tandem with financial responsibility. A board of governors, including representatives from the respective governments as well as industry experts, must oversee the functioning of each university. Setting up skills universities across the country is an ambitious and expansive initiative. It cannot afford to fall prey to the ignorance of the political class, bureaucratic red tape or ministerial turf wars. Else, India risks creating a second university system with all the dysfunctional elements of the first.

The views expressed above belong to the author. NSN does not subscribe to the views and opinions expressed in the article.