Only successful women would understand how difficult it is to make a mark in profession dominated by men. Women are routinely underestimated, underutilized, and even underpaid. Studies show that women often need to perform extraordinarily, just to appear moderately competent compared to their male co-workers. What women need to realize is that the toughest battles are won from within. More often than not women judge their own abilities not only more harshly but fundamentally differently than men do. Sometimes to do that, we need to take a step back in time.

Now put on your seat belts on and let’s go on a roller coaster ride of Rooma’s inspiring life, a girl who crossed every obstacle of her life with a smile on her face and reached her first milestone to get success. 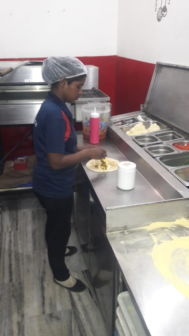 Rooma is a daughter of a daily wage laborer whose income was Rs.250/- per day when she was born. She has two brothers and one sister hence it was very difficult for all of them to even fulfill their basic daily needs. In this condition, her elder brother started working at a very early age to support the family but unfortunately when Rooma was in class 10th, he met with an accident and was hospitalized. Her family loaned money for his treatment but he dies on the hospital bed. The grieving family now just had the father as the sole bread winner. Witnessing this crisis, Rooma stood up and took a decision to drop-out from her education and started working with her mother in a brick factory on a daily wage of only two hundred rupees. Continuing to work like this for some months, she managed to save some money to pay off debts that the family had taken. Soon after that, she started supporting her younger brother to continue his education. Moreover, she would very often compromise on her basic needs only to be able to fulfill the needs of her family.

These tough times only made Rooma stronger. She didn’t give up and went on to complete her matriculation. This was when, one of her friends told her about Pradhan Mantri Kaushal Kendra run by Empower Pragati in  Muzaffarnagar. She went ahead and got herself enrolled for a Retail Trainee Associate course. She was one of the most regular students and become confident everyday. She successfully completed her assessment. During this time as well, she received lots of criticism about her lean personality and dark complexion. But she had become unstoppable by then and scored herself a job in Italian Bite Pizza as Assistant Production Worker.

Rooma started working and due to her hard work and dedication, she now started getting appreciated at her workplace. The recognition she was denied of all her life was finally sought. Rooma, in true sense transformed her life and other around her. Now, she in a world full of opportunities and is very hopeful of a bright future for herself. She conveys with great pride that she is a product of PMKK Muzaffarnagar. 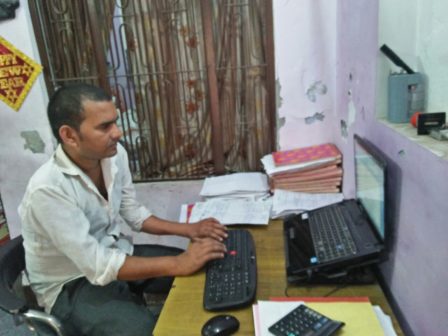 Sunny, 21 hails from Baghpat, Uttar Pradesh. His family includes his parents and three younger siblings. Father earned a meagre amount as a farmer and was never sufficient enough to support the family. Moreover, Sunny was born with physical disability in both his hands. After completing his primary education in 2014, he was never offered opportunities to move ahead in life due to his physical constraints and led an unemployed and frustrated life, neither he was able to afford higher education. In the search for an improved life, he joined Empower Pragati’s PMKK at Baghpat and enrolled for “Warehouse Packer” job role course.

This training under PMKVY not only helped him to acquire technical and operational knowledge of the industry but his confidence also got a boost. He is now a completely changed person who has a positive perception towards life and ready to face all the challenges. After completing his training, he is now working as “Machine helper” in Jai Chandra Printing Press in Baghpat earning Rs. 8,000 per month. He is not only supporting his family but now is looked up to in his community.

“My disability is not stronger than my ability. Hard things have come in my way but they won’t stop me, it gives me all courage and strength to move ahead”.

Disclaimer: The content (text, pictures, videos, slideshows and audio) are provided and approved for publishing by the client who is featured in this article. National Skills Network – NSN is not responsible for any copyright or related issues with any such type of content.