by Team NSN
in Industry, News
0

Renowned filmmaker Mr. Subhash Ghai has been appointed as the Chairman of Media and Entertainment Skills Council (MESC). Mr. Ghai was selected on the basis of an election conducted by members of the Governing Council of MESC which included representatives from NSDC, FICCI’s Media and Entertainment Division, and MESC board members. Soon after taking over, the accomplished film maker from Bollywood conveyed the importance of quality training for creating skilled workforce that can meet the industry requirements in the Media and Entertainment sector.

Founded in 2012, MESC is a not for profit organization. The council has been promoted by FICCI with financial support by NSDC (National Skill Development Corporation of India (a public private partnership under the aegis of Ministry of Skill Development & Entrepreneurship  (MSDE). The announcement was made during MESC Annual General Meeting held on June 30 at Hotel Lalit, Mumbai.

Speaking at the event, Shri Subhash Ghai said, “MESC is new revolution and evolution to the whole educational system of India with full emphasis on skill based education than only memory based education in the past. Its one of the finest initiatives by Government of India and I feel honoured and proud of being elected as Chairman of Media and Entertainment Skills Council, I strongly believe that quality training of trainers is essential to develop the new philosophy of skill education in India as first priority.”

It may be noted that India already hosts a great talent pool that works on many Hollywood blockbusters VFX requirements. 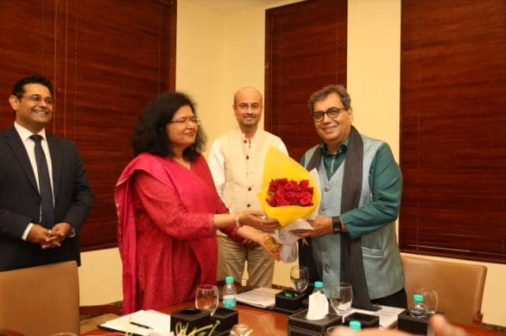 Shri Subhash Ghai will be succeeding Dr Kamal Haasan, the outgoing Chairman of MESC, and an illustrious film actor, producer, director & screenwriter. Dr Haasan had, at the time of his appointment, shared his long-awaited dream to bring together various stakeholders for the larger cause of contributing to the growth of Media & Entertainment Sector.

Dr Haasan had expressed the belief that the formation of MESC is a step forward in this direction and this would help bridge the existing demand-supply gap, thereby enable creation of a sustainable eco-system, accomplishing the long-term goal of producing quality skilled workforce at various occupational levels in the sector.

Sharing her views on the occasion, Ms. Leena Jaisani, Secretary, MESC said, “We have received the unbridled support of the industry and government. An icon of the stature of Shri Subhash Ghai putting his faith in our work is a signal that MESC is moving in the right direction. Our heart-felt gratitude to our outgoing Chairman Dr Kamal Haasan who has been a tour de force in spreading the message of MESC.”

MESC works closely with the Ministry of Skill Development and Entrepreneurship and with the guidance of NSDC. MESC works extensively with the industry in creating skills that are useful and relevant for industry requirements. This is in line with the philosophy of both Ministry and NSDC.

Bachelors in Vocation (B.Voc) by AISECT