The 2019 Global Skills Challenge, to be staged in conjunction with the Victorian Skills Commissioner and WorldSkills Australia, will be the biggest international skills excellence competition to be held in Australia this year.  500 competitors and officials, from 16 different countries will be taking part in 24 different skill competitions. Hosted in several Victorian TAFE institutes, including; Bendigo Kangan Institute, Holmesglen Institute and RMIT University. (This article has multiple pages – Click the “Next” button on top to view all the pages)

The competition will be the final selection process for hundreds of young apprentices and trainees hoping to represent their country at the upcoming 45th WorldSkills International Championships. The championship will be held in Kazan, Russia in August, where an anticipated audience of 250,000 will watch competitors from 80 counties compete for gold, silver and bronze medals and the title of world champion in their skill. 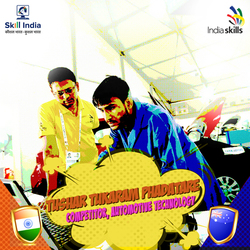 Following his father’s footsteps, Tushar joined Tata Motors as a full term apprentice. The hands-on-training along with his passion and dedication to learn helped him achieve first position at IndiaSkills National Competition. He is now optimistic to represent his country and bring home a medal. 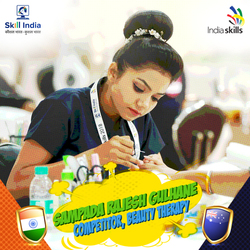 Sampada belongs from a middle-class family in Daman & Diu. Her passion for beauty therapy and love for the country has made her journey more impactful and meaningful. She now hopes to bring a gold medal for India. 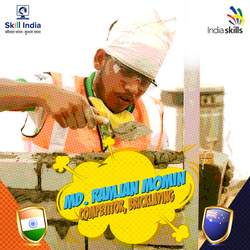 Hailing from a remote village in West Bengal, Ramjan started as a labourer to provide for his family. He earned mere daily wages of Rs 200 till he was discovered by a construction firm. ATS Infrastructure trained and guided him towards perfecting his skills. Ramjan went on to secure first position at IndiaSkills National Competition among 300 competitors. 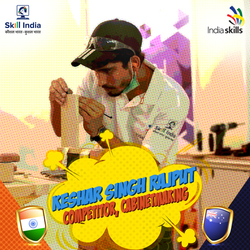 A farmer’s son, Keshar Singh Rajput belongs from Udaipur, Rajasthan. Even though he belongs to a humble background, his potential and dreams have never been questioned by his loving and supportive parents. Geared up to bring medals for his country, Keshar spends hours practicing and perfecting his skill. 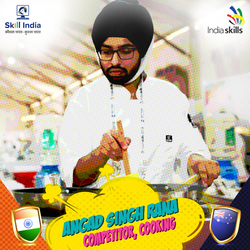 Good in studies, good at sports but it was cooking that ultimately became his passion. With his father being a professional graphic designer, creativity ran in Angad’s blood. His mother, a teacher, taught him discipline and diligence. He dreams of winning a gold medal for his country and making his parents proud.