by Brunda Murthy
in Industry, News
0

Skilling can successfully transform the lives of jail inmates. This has been proved by project Rupaantar from GJSCI by training 31 women inmates of Tihar jail with hand sketch designing skills. On 27th October 2017, GJSCI in collaboration with Delhi Prisons and IBJ India certified first batch of 31 women who qualified for job roles of Hand Sketch Designer. These skilled women will be provided work by jewellers of Delhi and they can earn decent money by working from the jail. Project Rupaantar has empowered these women and shown a potential way to transform their lives and become better citizens. 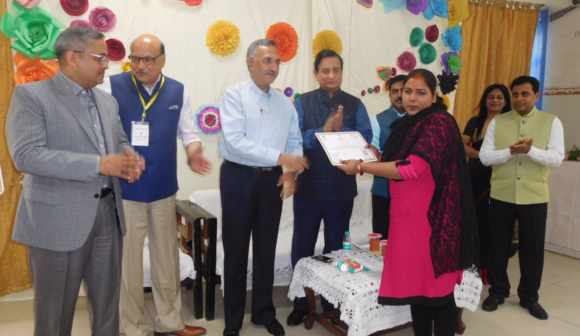 “We are happy to see the enthusiasm within the inmates for their batch completion & wish them to have skill-empowered bright future.” said Mr. Ajay Kashyap- Director General, Delhi prisons.

“This is a great achievement in the field of skill development, where we GJSCI as a body is adding a fresh scope of independence and empowerment to the these jail inmates. The interest displayed by the inmates is overwhelming & motivating.” quoted Mr. Binit Bhatt- CEO, GJSCI; followed by the announcement of introducing new job role of Fashion Jewellery.