by Team NSN
in Success Stories
1

Ashok belongs to a poor family. His parents are labourers. He studied up to graduation, but could not find a job. He was interested to study and find a job, but was unable to do so.  Once he was in a meeting of mahila sangam, when the TMI team came for mobilization, and told them interested candidates can apply for vocational courses. 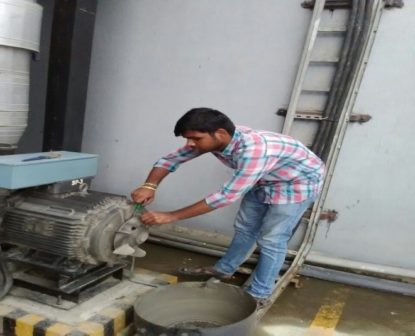 So, he immediately went and joined at the centre, after having qualified eligibility conducted by TMI e2E Pvt.Ltd. At training centre, the concerned faculty motivated him a lot in performing all the activities they taught- spoken English, computer and soft skills. After 3 months, TMI conducted assessment, and after a few days, he got his results and in that he stood 1st in the entire grade. One fine day, TMI team organized interviews, he went for it and was selected as an AC technician in SS COMFORTS Pvt limited, which offered him a package of 70000/- per annum. Now he is capable of doing the job and earning money. He and his family are very happy. Thanks to “DDUGKY-EGMM Program and TMI e2E Pvt.Ltd” for providing him with such knowledge that made him get a job and achieve his dream.

Sai comes from the village of Rangampet. His father is a private employee and his mother is a home maker. He had stopped his studies when he was in ITI due to his family problems. From then onwards, he was looking for a job. But he didn’t have the qualifications to pursue a job. So he tried hard to get a job but it did not work out. One day when he was referring newspaper, he saw that TMI e2E Pvt.Ltd is providing free Training under DDU-GKY banner for the candidates who have dropped out of their studies. Immediately he called them up, they told him to come and attend an eligibility test. He went and had qualified the written test and was selected into an AC (Windows and split AC) group, and then onwards he attended classes regularly. 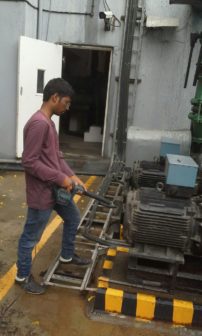 There was an excellent staff, who were well qualified, who explained soft skills, Spoken English, and computer. The practical domain classes were excellent. He was very happy attending all the classes. In 60 days, he learnt brazing, inner and outer unit fitting, gas filling. After 60 days, he went for OJT (On job training) in SS COMFORTS and visited units and verified how the chillers unit operating etc. After 30 days, he again came to the institute. One day TMI e2E Pvt.Ltd organized interviews for SS Comforts, in which he was selected as A/C technician, with a package of 70000/- per annum. There was no end to his happiness, thanks to DDUGKY-EGMM Program and TMI.