Aspects of VFX and Career Opportunities in Media and Entertainment Industry

by Guest Author
in How To's, Industry
3

Media and Entertainment industry is of the top sectors in job creation with many new job roles. To answer your queries on various skills and jobs, we feature a domain expert and an industry leader, Stephen Mascarenhas , Senior Vice President – Operations , Prime Focus & Academy Director – Prime Focus Academy of Media & Entertainment Studies (PFAMES). Let’s read on to understand Careers in Media & Entertainment  and decide if this is the career path you wish to take!

VFX or Visual Effects is the art of blending live action with Photo Realistic Computer Generated Imagery (CGI) and creating seamless visuals that may be hard or impossible to shoot with a camera or may be even enhancing and beautifying what is shot on camera.

What are the different aspects of VFX?

VFX goes through various stages of development in order to create a breathtaking cinematic experience. Pre-visualization on the basis of a creative idea given by the Director is the most crucial stage and a lot of time is spent on creating concepts and designs prior to getting into production. Basis the approved concept, the production stage may or may not include live components, if it does have actors and props shot in Blue or Green Chroma then they will go through a process of Rotoscopy or Keying to isolate each of the characters and props in order to gain control on each object, character or layer in the Foreground Mid Ground and the Back Ground.

Digital Painting is an important aspect of VFX as it helps repaint and create what’s needed and cleanup and remove what is not. CG animated characters or elements or effects like wind, rain storm etc are created basis the concept using different software’s and are then integrated with the visuals that were shot in Chroma, this process is called Compositing. The visuals are finally color corrected at the Digital Intermediate stage and then mixed with music and sound effects for viewing in theatres.

What does a VFX artist do?

A VFX artist is one who enables a director to make their story come alive by creating breathtaking visual effects, the artist also plays an integral part in enhancing the art of visual storytelling and creating an experience beyond the imagination for the viewer. 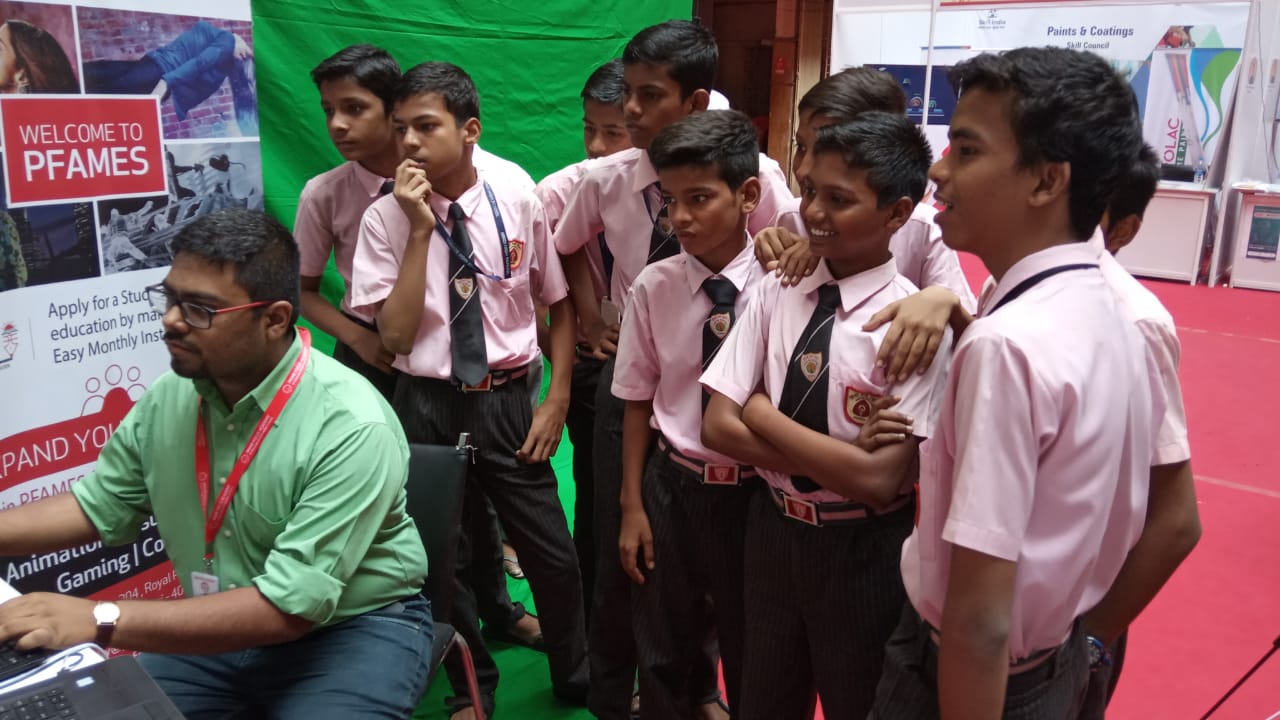 The term CGI or Computer Generated Imagery is used for all forms of digital effects created using a computer and rendered out in the form of Vector Images. CGI is also used to create interactive environments for learning and development, one of the most popular ones being Byju’s Interactive learning for children. Softwares like Maya, Blender etc are used to make computer-generated imagery for films, etc. Special effects on the other hand are the actual effects that are created on set while shooting a film and an essential part of the film making process.

While VFX are digitally created in post-production, SFX are created manually by FX specialists on set like creating special props, makeup, pyrotechnics for fire and explosions, animatronic rigs, cars being tossed around etc. Many a times the VFX artist will use the SFX and blend in the VFX with live footage and this process as I explained earlier is compositing.

What is the size of Animation and VFX Industry?

The animation and VFX industry has grown significantly over the years, not only supporting the growing Indian M&E sector but also serving the world. In 2017, the industry grew by 23% to reach INR 67 billion*.

Can you briefly touch up on the market size of Animation and VFX industry and the way it will move beyond 2020?

Proliferation of platforms, growth and demand in audience and consumption spike due to falling data rates have contributed to the high demand for content. Last year in fact witnessed a surge in content production for various platforms, and consequently the demand for post-production also increased. In particular, VFX, which enhances the visual quality of content and brings about differentiation by special effects, was much in demand. 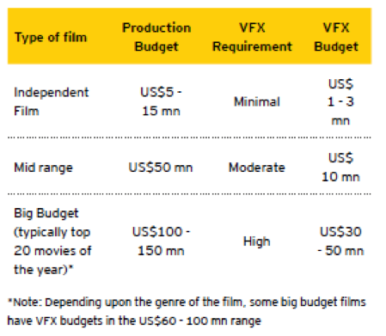 India going global and gaining VFX market share The VFX budget of a movie is dependent on the type of movie (size and genre). Globally, the indicative range of VFX budgets to production budgets are as follows:

Few noticeable trends are as follows

What are the softwares you should learn in VFX?

While I would like to speak about software I would also like to emphasise that it’s not the software that does everything, it is the individual who has acquired the skill to create VFX by learning these skills from Industry Professionals on the software’s used by the industry while sitting on that workstation for hours together. So more than software it is the skills of RotoScopy, Digital Paint, MatchMove, RotoMation, Compositing, CG modelling, Lighting, Texturing, Animation, Particle Dynamics etc… While the most popular software’s for VFX are Silhouette for Roto and Paint, Nuke for Compositing, Maya for CG and RotoMation and 3D Equaliser for MatchMove to name a few.

What career opportunities are available in Animation  / VFX segment? 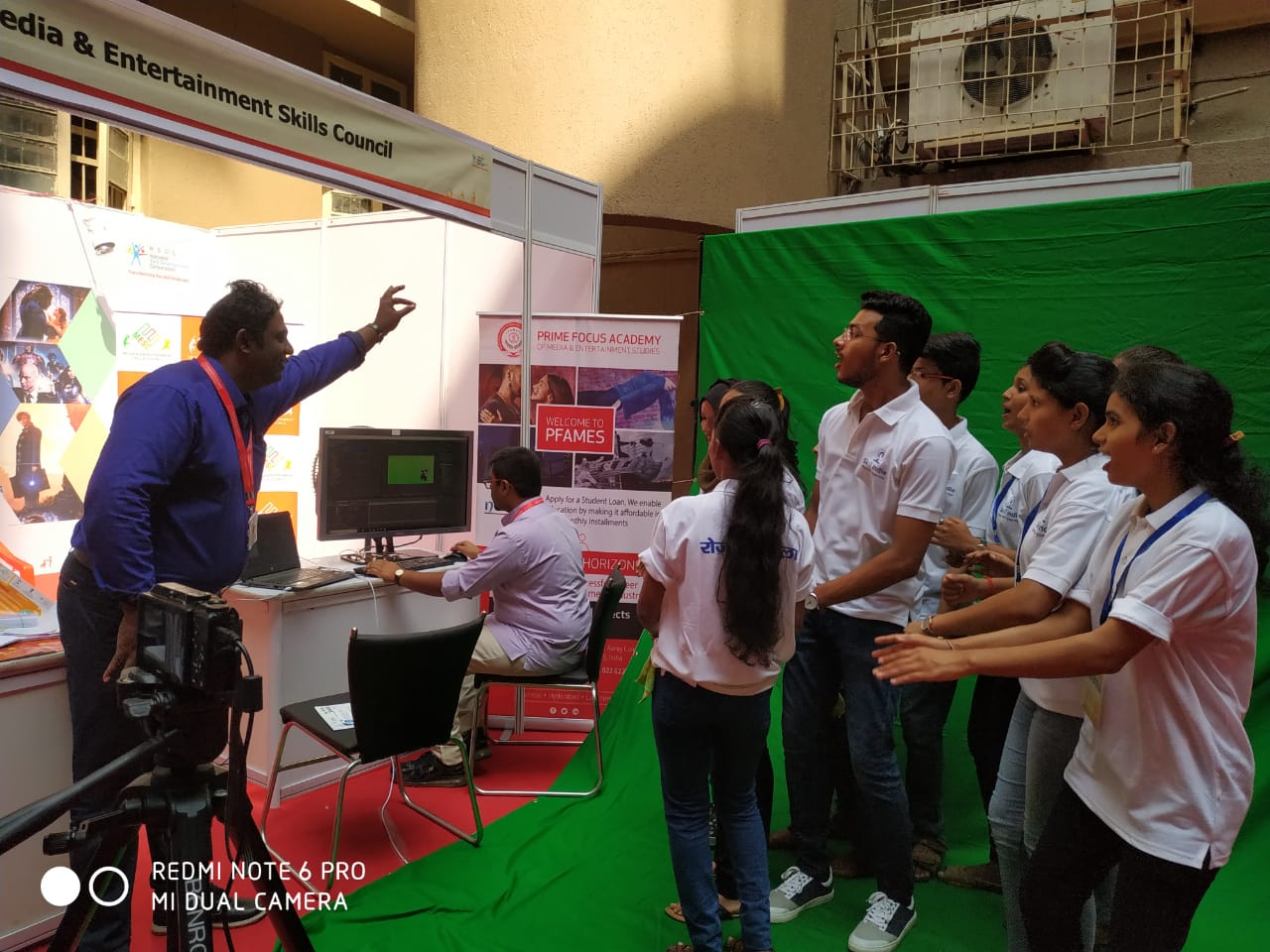 What are the challenges faced for Animation / VFX films?

One of the biggest challenges in the industry in India at the moment is to find the right talent to help deliver the right quality in the given timelines. One of the main issues is the skill gap and the paucity of Industry focused finishing schools that create industry ready talent for the Indian Animation and VFx industry. In fact Prime Focus has pioneered the concept of a Finishing School and made it an integral part of its expansion and growth plan ever since early 2006. We had to hire people who had done courses at various institutes as then we had no other choice and then we had to drive with the hands on training approach, on the job paid training to make all these young and talented individuals ready for the job. It was a tough fight then and it’s even tougher now as there is a huge gap in supply and demand. 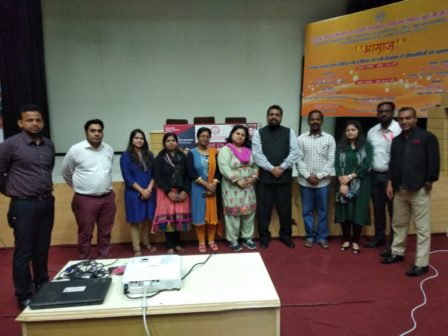 How does VFX in domestic and international production different?

There used to be a difference in the quantum of VFX used in Bollywood movies. But directors over the last decade have produced some amazing VFX movies and the trend is continuing… I can’t wait to see 2.0 the VFX work done is enormous. On the other hand almost all of the Hollywood big releases have had a 60:40 ratio, on VFX with Live Action. It’s only growing with film makers and content creators wanting to create a brand new never tried experience or rather a visual treat for consumers of all ages.

Use of VFX in Advertising

The use of VFX in Advertising has grown as well. Famous Studios in partnership with Centroid one of the biggest Motion Capture companies in the world, launched the first state of the art Motion Capture facility last week which makes it possible for film makers to use the facilities right here in Mumbai rather than go to someplace else. This is going to encourage a lot of film makers to explore and experiment more with CG and VFX in days to come.

AR / VR is only a new dimension that’s been added to the possibilities using CG and VFX to create an immersive experience for the consumer. Believe me; we haven’t even scratched the surface as yet!